Happy Monday! As I write this, I have been home for three days, back from a much deserved and relaxing month in France. So what happens when you leave your beloved little house for a month and trust your handyman will handle the garden, animals and the house? Sh*t.

BF stayed in Guatemala City while I was away, and was able to call him a few times to make sure everything was fine. Apparently, it was, but the guy was so slow to answer questions over the phone, so vague and so sleepy that BF got fed up and stopped calling.

A couple of days before we got back, he called again and told the handyman to stop eating our eggs, and start saving them for our arrival breakfast. That is when we learned the hens were barely laying (compared to 6 eggs a day while we were there), that the rooster had died, and that Mrs Turkey who was hatching 7 eggs when we left, had no eggs left.

When we arrived, we saw Mrs Turkey was still trying to get into her nest to hatch, which she wouldn’t do if she had been egg-less for some days. So we think he took the eggs home and will get a 7 turkey dinner next Christmas. Strangely, he got rid of the turkey eggs “because they were bad”, but not of many hen eggs that did look bad. So clean for some things and so messy for others. We didn’t buy it, but said nothing.

Then the dead rooster, he doesn’t know what happened to him but says he found him dead. Knowing a rooster is worth more than a day of his salary, he may have sold it. Again, why wait until the last day to tell us? When we got there we counted the animals, and about 7 chicks were missing too. He argued that he didn’t count the small ones, so he didn’t know how many died. Again, he didn’t bother to tell us while we were away.

The deal with him was that he was to sleep each night inside the house, and instead of working a full day, would work for a couple of hours in the morning, then go home, spend the day there, and come back for a couple of hours before bed. Over a month, that is 120 hours of work we can’t justify by the look of things. 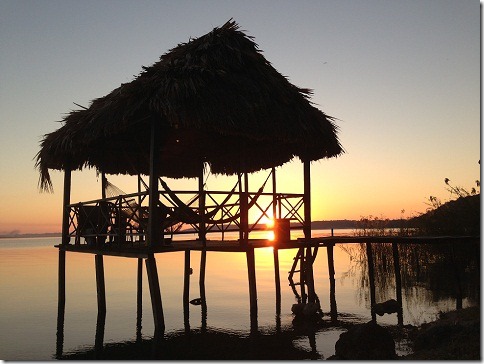 The house was hastily cleaned, he had sown a few flowers but the rest of the garden was as we left it, just because it rained a bit, it was greener. I doubt he ever watered the plants before the rain season started.

So basically the guy got a month of holiday and was not even able to greet us with 4 eggs to have breakfast. Even if it was true that the hens didn’t lay, he could have brought eggs from his house after eating or selling ours for a month.Yes, we were that annoyed about eggs. Because the one who steals eggs steals anything. Like animal food. We bought a big bag of corn that was supposed to last for a month and is enriched to help the hens lay more. So if they are not laying, it may be because he stole the food and let the animals starve. We found a few in bad shape and two died on the day we arrived, including one of the strongest hens.

We were fuming and BF told him that it was not because he still owed us money to pay his motorcycle back that we had to tolerate him doing nothing and lying to our faces. BF was so furious he didn’t want to deal with him again so I worked for half a day trying to automate his work now that the construction is over, with a cleaning and gardening routine, so we don’t have to see him until late morning when he would come ask for more work. That same day, a hen died and BF asked him to bury it, went fishing and came back 3 hours later to find the rotting corpse still in the cage, contaminating the other animals. It was too much so he asked him if he wanted to leave and the guy said yes, saving us from a painful layoff.

And yes, he still owes us money for the bike, so we told him to go home and come back with the papers to give it to us until repaid. He came back (we didn’t think he would and were ready to pay that price to not see his face again) with his dad asking why his poor little son couldn’t work here anymore. After explaining, the guy admitted his son was unfit even for that menial job and paid us $300 for the bike. He has two months to repay the remaining $700 and signed a contract transferring the debt onto him. We were quite surprised that he took responsibility but it is a very small village and you don’t want to walk around with everyone knowing you are a thieve I guess.

Anyway, things turned out great, we don’t have to see him anymore and be behind him all day long to make sure he does his job, and we still have a carpenter at home who knows about gardening and could take over the garden, while I do the cleaning. It is less hassle to clean than to fume during hours while the guy moves at the speed of an 80 year old. 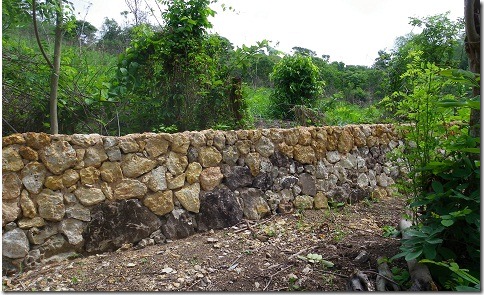 On the 90 acres development, we are also being delayed by the council. Now that we promised to give them a football field and enough land to build a school and a small medical center if they want, they are complaining that building a school would be expensive. Pretty sure a couple of corrupted guys want their palms greased. And that is not going to happen, I hate corruption. 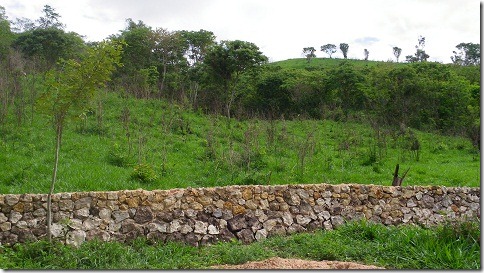 So we are playing hard to get, and laying off the 10 employees who were building a wall around the property this past month once they are finished with the entry gate. The gate and wall look amazing, it is a small wall made of stone, 1 meter high, just to confirm ownership and so that people can see that something is happening when they drive by. No more letting the villagers get free pasture for their animals either, and when the mayor realizes we are bringing money to his village, we will be ready to listen to a reasonable offer. 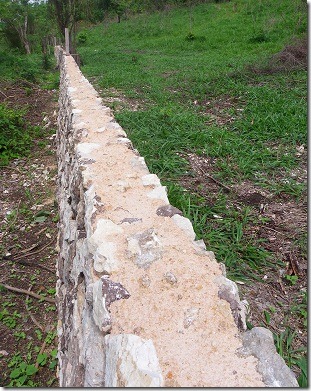 He doesn’t seem to get that for every plot we sell, he will charge property taxes, the owners will hire handymen, cleaners, builders and that will help the whole community. He is short sighted and looking only after his own interests. 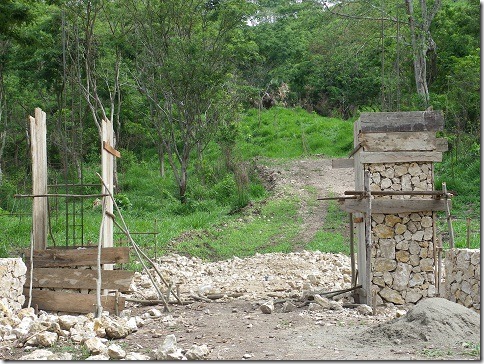 We kind of expected that, because our contractor, who went to the council to apply for the permits was really enthusiastic, a little too much, saying it would be a piece of cake, because he knew the mayor and would sell our project in glowing terms. We knew there would be obstacles along the way. They are also asking for an environmental study, that will cost north of $3,000 just so they can build paper planes with the file, since no one else has had to do it in the village, not even the mayor when he forgot to design green areas in the center. A corrupt councilman even sold a public beach in front of our land, preventing the villagers (and himself!) to go swim there. 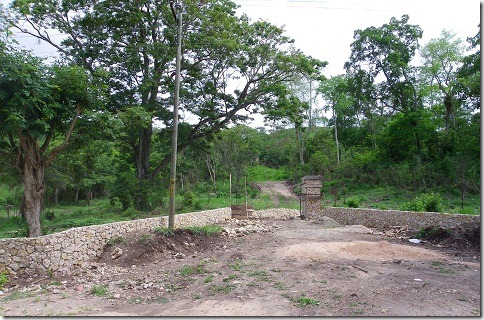 It is not easy being the new kids in town, but we are not letting them have their way or they would eat us alive. I am off to the council as we speak!

How is life treating you? Ever felt things are much easier when you DIY and don’t delegate?

Planning for a secure financial future is a wise decision that you should make for your family. You need to be committed to building wealth and take charge of your money. By investing in the right ... END_OF_DOCUMENT_TOKEN_TO_BE_REPLACED

Cryptocurrency has become a popular investment option in recent years, as more people want to make profits from its white-hot rise. However, cryptocurrency investment is a risky endeavor. It is highly ... END_OF_DOCUMENT_TOKEN_TO_BE_REPLACED

Unsurprisingly, there are plenty of people out there jostling to help you spend your nest egg. All promise high returns, but not all that many deliver; in fact, you can quickly lose your super if ... END_OF_DOCUMENT_TOKEN_TO_BE_REPLACED

If you have recently taken up a position at a brand-new company and opened a 401k for the first time, you may be on the hunt for additional information when it comes to the various ways in which tax ... END_OF_DOCUMENT_TOKEN_TO_BE_REPLACED

Congratulations! You’ve worked hard this year. You made it through some tough days (or weeks or months). And now, if you’re lucky, you might end up with a holiday bonus. But before pocketing that ... END_OF_DOCUMENT_TOKEN_TO_BE_REPLACED

The United States of America is a destination most working professionals and travellers have on their list. Being one of the most visited countries in the world, it houses many tourist attractions, ... END_OF_DOCUMENT_TOKEN_TO_BE_REPLACED