Today I want to crunch the numbers about raising chickens. We have had laying hens for four months now, but it is still a bit early to tell how the first generation of chickens born in the property will fare. Today, I will look at what I know and maybe update in a few month. 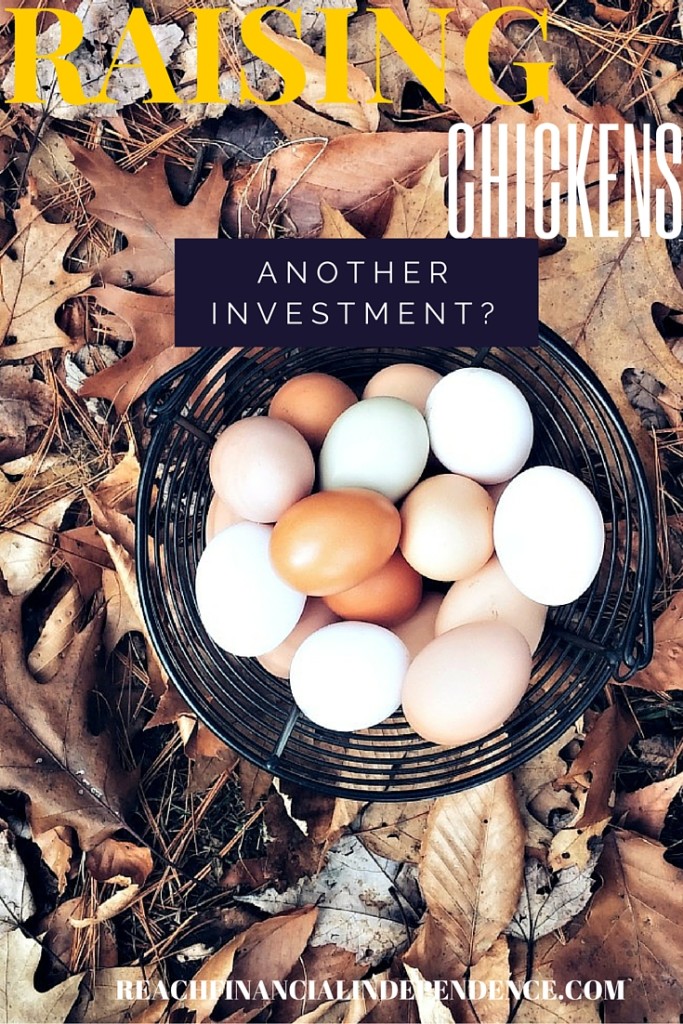 We transformed a small thatched beach hut into a hen cage, with wire, more palm tree leaves for the leaking rook and some construction blocks to build nests. $150

Our lovely handyman helped us and so did another worker for half a day. $18.

You can also chose to buy chicks who are a few weeks old, for less than $1, but there is no guarantee they will survive to adult age and in the meanwhile they’ll just eat and do nothing for a few month until they start laying eggs. We chose to have hens that were laying after a week or so of adapting. One of them died tragically, eaten one night by an animal.

The main cost is food. A 100lb bag of corn enriched with vitamins (no hormones) costs just under $30. They go through one per month, but we also have two turkeys, two ducks and a couple of geese eating from there, the hens come to $25/month.

They also eat anything you throw at them, vegetable peels, old leftovers… and will eat bugs and worms during the wet season, it is really dry at the moment for them to find more than a few flies to eat on our land.

We do not need any shots since they aren’t in contact with neighboring animals, you may need that if you are in a rural region with other chickens nearby.

After 4 months, we are getting an average of 6 eggs per day. When the hen is hatching, she stops laying the usual daily egg, and some lay every other day instead of daily. A caged hen egg costs $0.17,  $0.20 free range. If we went strictly for eggs we could earn $36 per month gross, $11 after food costs.

But we are more interested in raising chickens for meat. We eat 2 eggs each for breakfast, leaving 2 eggs a day to reproduce. There is not way of knowing if the egg has been fertilized by the rooster, and a hen will hatch 15-18 eggs for 21 days. After that if the egg is not ready she will abandon the nest and leave you with eggs that you can’t eat, they either have a small chicken inside or are rotten. We throw a lot of eggs.

I don’t know if this is because of the hot weather or because we don’t track our eggs well and they are already bad when the hen stops hatching, but out of the 15 eggs, we have gotten 7, 5 and 5 chicks so far. It is a low rate according to my neighbor, you should get at least 12 chicks per bed. The first bed of 7 had 3 casualties, the second is intact and the last one had 1 dead chick, leaving 13 chickens so far. Early mortality is frequent, although none of ours has died from sickness, they were killed by workers or other animals.

You can eat a chick between 4-6 months, assuming they make it this far. One of the oldest ones is weak at the moment and we doubt he will survive. Which is why I can’t give exact numbers on the return.

But the added food for the chicks is negligible and after four months, we have

In 6 months time, if all those chickens survive, an no other is born (both things unlikely but should even out) we will have

Things are looking much better when you try to raise chickens and not just eat the eggs. But this means you have to kill your chickens, something I haven’t managed to do yet, or have a way to butcher them somewhere.

We usually have fried chicken once a week when we go to the supermarket and don’t eat chicken at home until ours are big enough. And like a pyramid those chickens will lay eggs and hatch, so if we wait before we eat them we can get a better return.

Time to open a chicken empire?

Not so sure. Raising chickens is fun, but this is a small facility and my salary is free. My profit is $100 over six month with 10 adult animals, so even to afford my $200/month handyman I would need 120 animals to break even. They would not fit in my beach hut and building more nests is expensive. The land is expensive to buy or rent. BF’s father was in the egg business and had hundreds of thousands of birds, it was a very lucrative  operation, but in between, I am not sure there is much more to raising chickens than a household hobby.

The health rules have to be crazy too, to sell eggs to a local shop. I would always be afraid the egg comes out bad, or someone gets sick, even when I pick the eggs up daily I always smell them before cooking.

Because we would eat a chicken per week and our usual four eggs a day, the size of our production is perfect, we do not have to sell, this is just another item from the grocery bill that we don’t have to buy. Any bigger operation would involve distribution costs, losses when you can’t sell it all, marketing and communication costs, etc. eating up the profit.

Do you have chickens? Ever thought about it?

This post was featured in the Carnival of Wealth and Norwegian Girl, thank you!

Planning for a secure financial future is a wise decision that you should make for your family. You need to be committed to building wealth and take charge of your money. By investing in the right ... END_OF_DOCUMENT_TOKEN_TO_BE_REPLACED

Cryptocurrency has become a popular investment option in recent years, as more people want to make profits from its white-hot rise. However, cryptocurrency investment is a risky endeavor. It is highly ... END_OF_DOCUMENT_TOKEN_TO_BE_REPLACED

Unsurprisingly, there are plenty of people out there jostling to help you spend your nest egg. All promise high returns, but not all that many deliver; in fact, you can quickly lose your super if ... END_OF_DOCUMENT_TOKEN_TO_BE_REPLACED

If you have recently taken up a position at a brand-new company and opened a 401k for the first time, you may be on the hunt for additional information when it comes to the various ways in which tax ... END_OF_DOCUMENT_TOKEN_TO_BE_REPLACED

Congratulations! You’ve worked hard this year. You made it through some tough days (or weeks or months). And now, if you’re lucky, you might end up with a holiday bonus. But before pocketing that ... END_OF_DOCUMENT_TOKEN_TO_BE_REPLACED

The United States of America is a destination most working professionals and travellers have on their list. Being one of the most visited countries in the world, it houses many tourist attractions, ... END_OF_DOCUMENT_TOKEN_TO_BE_REPLACED