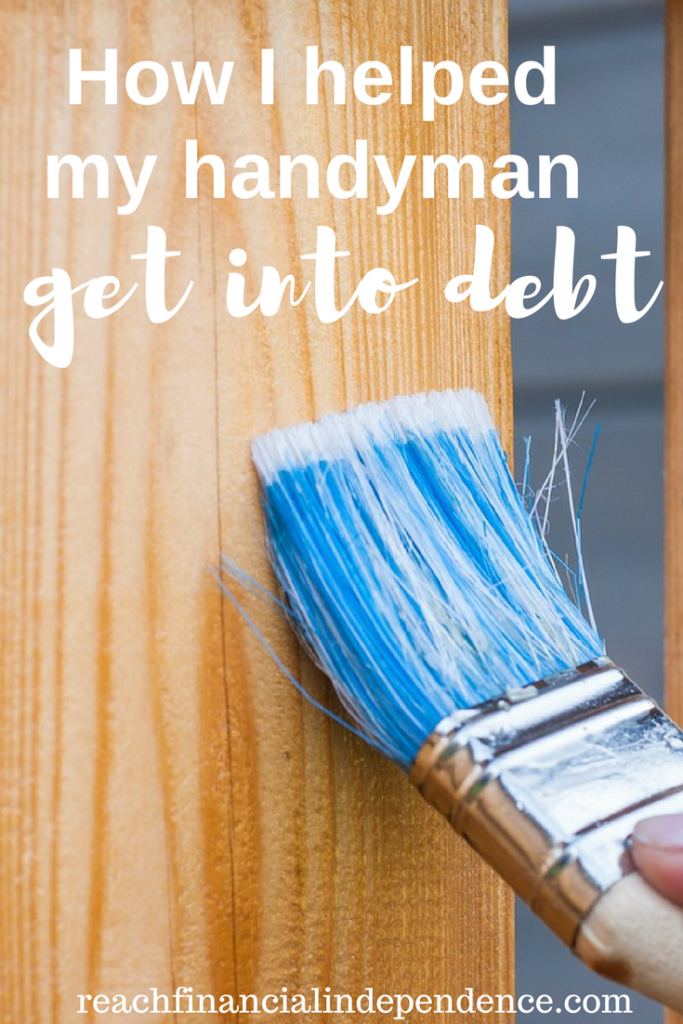 Since I moved to Guatemala, I have hired a handyman to do work around the house. Let’s call him H. H is 20 years old and lives in the nearby village. He used to work for the previous owner for $65 per month but didn’t do much. When we took him in, we asked him how much he wanted to earn and he said $200. Well, fine, we didn’t bargain, it seemed low and we would need a lot of help to make the house liveable. We were happy with him at the beginning, he looked super motivated and showed initiative, a rare quality at that level of income.

After a week of work, H asked us how long we thought he would work for us, because he wanted to buy a motorcycle, and wanted to borrow $300 from us. I didn’t like that very much, asking for a month and a half payday loan just one week in. And he wanted a brand new agency bike, that cost $1850! OUR $300 would be his down payment, then he would repay $60 to us for 5 months, and $60 to the shop for almost ever. $120 repayments on a $200 salary, highway to financial disaster?

But BF saw things differently. He said we needed a vehicle on top of his fuel inefficient SUV and we could work out a deal with H to use the bike once in a while, until he pays it back in full. BF added that instead of his $200/month salary, while we were building the new room we could hire H as a builder and he would make more money.

We took H to the store to check out bikes. With such a low down payment and monthly repayments, the shop wouldn’t give him the bike. Over 21 months, he would have higher payments and have to repay more than double the value of the bike (about $3500)!! Interest rates are crazy here, if you buy on credit. Our idea was to buy it cash, and then offer H the possibility to repay faster, and at a much lower interest.

At that point, H didn’t give a sh*t about what he would have to repay and his pact with the debt devil. All he saw was a shiny new bike to go play with his friends on Sunday. I told BF that I didn’t think the guy would ever be able to repay so much money out of his salary, but his argument was that we would keep the bike should something happen.

We paid the $1850 in 6 installments at 0% and saw the biggest grin ever on H’s face. Back home, we offered him to take on some of the construction jobs to repay faster. He said he would do the excavation of the hole for the new room and actually earned $375 working hard with his dad and brothers coming to help him. It took them less than two weeks, and it was a way for his family to help him buy the bike they would all use. You would think the guy would be happy and want to take in more jobs to pay his bike off? No.

We offered him another hard but rewarding job to gather 3500 stones to build the new room. The contractor says he pays $.06 per stone and his workers get about 300 stones a day. H would make $18 a day instead of his $7 salary! Probably more since the guys who gather 300 stones work per day and aren’t motivated to earn more by bringing more. Well he said no, thanks. He doesn’t want to work on contract and wants to go back to his monthly salary. BF warned him that he would be worse off. Didn’t care. That we would ask him to do the same kind of physical work and he would get less money. Fine.

Why is that? Because he has his bike and now it hurts to pay for it. And because the two weeks excavation work went FULLY into the bike payment. He didn’t see a dime. It was the deal he agreed to. Except he feels like he worked for nothing. He doubled his salary but had no cash in his pocket, and came to the conclusion he’d rather go back to earning less but have some money left. Of course we wouldn’t have let him go a month without money. During the two weeks he excavated, we hired him by the day and paid his salary cash at the end of the day twice, to help us on the house.

On the next project we would have let him get the $80 per month he said he needed and put all the rest towards the bike. But he probably thought ”I worked two weeks for nothing” instead of ”I paid back nearly 20% of my bike in two weeks”. At the normal rate it would have taken him 3 months to repay us that much.

And maybe one of those days he wrecks it, or it breaks and he doesn’t have money for repairs and it will hurt even more. Is this what buying on credit and accumulating debt is like? When will he realize he needs to pay back whatever happens? I wanted to shake him and put some sense into the boy, but I will wait until he is miserable repaying two thirds of his income into the bike to show him how with hard work he could have paid it in less than 6 months (and $0 interest!) and now it will take over a year as a best case scenario.

I am also thinking about getting in contact with the local teacher and volunteer to teach financial education to villagers. It breaks my heart to see them get into situations like that, paying so much interest they end up paying double on almost everything.

Have you ever felt like this when buying on credit? That it wasn’t fun to repay since you were already enjoying your purchase?

Planning for a secure financial future is a wise decision that you should make for your family. You need to be committed to building wealth and take charge of your money. By investing in the right ... END_OF_DOCUMENT_TOKEN_TO_BE_REPLACED

Cryptocurrency has become a popular investment option in recent years, as more people want to make profits from its white-hot rise. However, cryptocurrency investment is a risky endeavor. It is highly ... END_OF_DOCUMENT_TOKEN_TO_BE_REPLACED

Unsurprisingly, there are plenty of people out there jostling to help you spend your nest egg. All promise high returns, but not all that many deliver; in fact, you can quickly lose your super if ... END_OF_DOCUMENT_TOKEN_TO_BE_REPLACED

If you have recently taken up a position at a brand-new company and opened a 401k for the first time, you may be on the hunt for additional information when it comes to the various ways in which tax ... END_OF_DOCUMENT_TOKEN_TO_BE_REPLACED

Congratulations! You’ve worked hard this year. You made it through some tough days (or weeks or months). And now, if you’re lucky, you might end up with a holiday bonus. But before pocketing that ... END_OF_DOCUMENT_TOKEN_TO_BE_REPLACED

The United States of America is a destination most working professionals and travellers have on their list. Being one of the most visited countries in the world, it houses many tourist attractions, ... END_OF_DOCUMENT_TOKEN_TO_BE_REPLACED