After I got the council’s approval letter to split my land in 250 plots last week, things have been really weird. The council still seems to want to have a say in what we are going to do exactly, but when I went to the national cadaster’s office, they said this particular council has no say whatsoever in what I can build there. 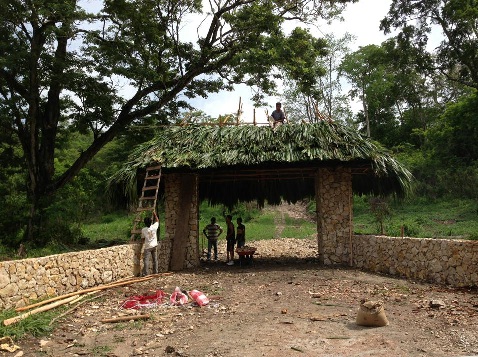 The council has no say in our works apparently!

As a matter of fact they didn’t care about my approval letter and all the sweat it cost to get it. They said there was no decree for that village stating one should ask permission to do anything on one’s private land. Which is why there has been so much abuse with no green areas,  lakefront areas sold by corrupt officials to private owners instead of leaving the village a public beach access, and so on.

What are they afraid of? That after splitting the land, we start selling random plots to people that will then turn to the council and demand electricity and water access. That would be very costly for the council. But they have no way of stopping us, just pretending that they can. We have let them know of our intentions at the end of April, and have only heard rumors back. That the mayor and his counselors were meeting about us about every week, but we never got the minutes saying what was discussed. I asked the mayor’s secretary for a meeting, but since she is my old handyman’s sister, I bet the mayor never got the message.

The guy I stalked to get my approval letter is the director of public works. He says we should provide the council with an environmental study to see our impact on the land. The architect quoted $3,000 to do it and even the guy who requested it said the mayor would not read it, just file it in case the council suddenly starts to care about the environment and they need proof that they weren’t careless back in 2013. 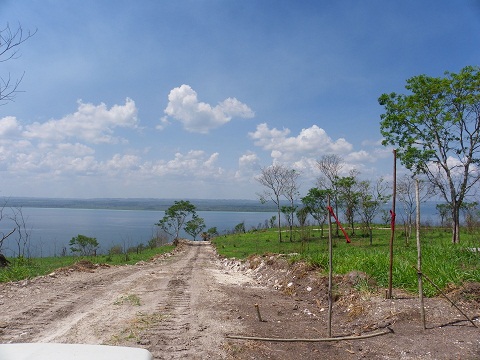 one of the new roads

When I told that guy we would dig a well (estimated cost to us $50,000) and would give it for free to the council in exchange for its administration and maintenance, he was very eager to get a free well since it would provide water to a third of the village that only has water for a few hours per day at the moment. Then he came back to us saying there would be a well digging fee, and they would impose a technical requirement sheet, bla bla bla. Oh and why do we wanted to have an underground water tank, harmoniously integrated in the landscape, he wanted a huge water tower that one would see from a 10 miles radius, and was not concerned anymore about his environmental directives of 10 minutes earlier.

Did he not get in the first place that NOTHING is legally obligating us to provide a well? We can just sit and wait until our buyers pressure the mayor enough to give them a well? Our plan is to wait and see now that we have the power. We can easily buy water from our neighbor who is a friend and has an elevated tank if we have just a few buyers at first, or build a small tank that will collect rain water instead of digging 100 meters to maybe find water and pay the well fee.

Same thing about the football field we had offered to the council for free in exchange for maintenance and cleaning. There are now rumors that one of the counselors bought a $7,000 piece of land and is trying to sell it back to the council for $10,000 to put the football field there. He is the same guy who sold the public beach that wasn’t his to sell and we don’t want him to win this one. Our workers are exhilarated about the field so we have sent them to tell the mayor again that he will have the same costs making a field here or there, save for the buying cost, ours is free…

To add to the mess, the architect was supposed to give us the individual maps of 260 plots for $3,000. But apparently the cadaster only accepts maps from people who were trained by them, which he is not. So we reduced his work to 100 plots so he can share his fee with the other guy who would just sign off the maps, he said yes, and raised his rate another $750. We accepted on the condition that any error on the maps that would be rejected by the cadaster was his responsibility and he would have to re-apply and pay the processing fee. He quit the next day. BF says it is because of the condition I put about the errors, I offended him and he doesn’t want to see my face again. When has asking people to do their job well for the price they want become so offensive, I don’t know. On the next day I had hired another guy happy to do the job for the same rate under the same conditions. He starts this week.

All is well at home, except the new handyman’s girlfriend, who came to clean on a few days, burned her foot and says she can’t walk nor work. It was quite some time ago and we saw her walking around in the village. BF says I gave her too much work and she won’t come back, unless we have her work less and for more money. I didn’t want a maid in the first place, so not a big loss.

The animals are slowly recovering from their month of food deprivation when we were gone, but still dying at a high rate. I am taking tips from the ladies in the village, we should not let the little chicks out for at least two weeks until they are strong enough to face the mud or they will get a leg infection, stop walking, and die. We need to build them a nursery.

What happens when you lovingly build 12 nests for your birds? 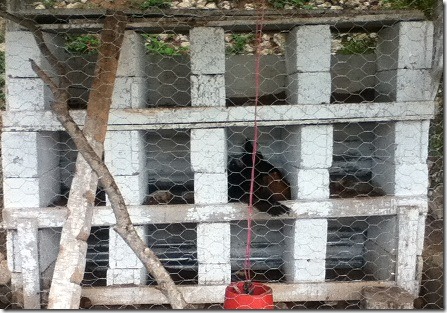 they cramp up to share one (feat. Mrs Turkey and The-hen-who-looks-like-an-ostrich). 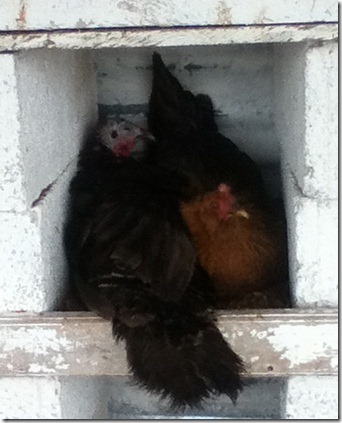 How is life going in your neck of the woods?

This post was featured on The Outlier Model, DQYDJ, Digital Spikes, thank you!

Planning for a secure financial future is a wise decision that you should make for your family. You need to be committed to building wealth and take charge of your money. By investing in the right ... END_OF_DOCUMENT_TOKEN_TO_BE_REPLACED

Cryptocurrency has become a popular investment option in recent years, as more people want to make profits from its white-hot rise. However, cryptocurrency investment is a risky endeavor. It is highly ... END_OF_DOCUMENT_TOKEN_TO_BE_REPLACED

Unsurprisingly, there are plenty of people out there jostling to help you spend your nest egg. All promise high returns, but not all that many deliver; in fact, you can quickly lose your super if ... END_OF_DOCUMENT_TOKEN_TO_BE_REPLACED

If you have recently taken up a position at a brand-new company and opened a 401k for the first time, you may be on the hunt for additional information when it comes to the various ways in which tax ... END_OF_DOCUMENT_TOKEN_TO_BE_REPLACED

Congratulations! You’ve worked hard this year. You made it through some tough days (or weeks or months). And now, if you’re lucky, you might end up with a holiday bonus. But before pocketing that ... END_OF_DOCUMENT_TOKEN_TO_BE_REPLACED

The United States of America is a destination most working professionals and travellers have on their list. Being one of the most visited countries in the world, it houses many tourist attractions, ... END_OF_DOCUMENT_TOKEN_TO_BE_REPLACED