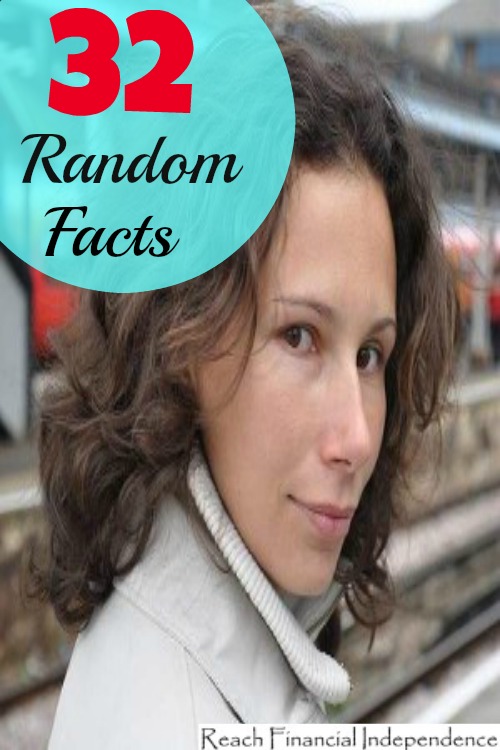 As Tackling our Debt and Plunged in Debt did last week, I am doing a ”get to know me better” post, with 32 random facts about me. I turned 32 yesterday, so that’s why I came up with this number.

Congratulations! You’ve worked hard this year. You made it through some tough days (or weeks or months). And now, if you’re lucky, you might end up with a holiday bonus. But before pocketing that ... END_OF_DOCUMENT_TOKEN_TO_BE_REPLACED

The United States of America is a destination most working professionals and travellers have on their list. Being one of the most visited countries in the world, it houses many tourist attractions, ... END_OF_DOCUMENT_TOKEN_TO_BE_REPLACED

When you were a kid, did you ever save quarters in a jar? Or set aside a portion of your allowance in a piggy bank for a big purchase, like a bicycle, a pair of designer shoes, or anything that mom ... END_OF_DOCUMENT_TOKEN_TO_BE_REPLACED

No matter where you are in your career, the potential of eventually retiring can be a daunting experience to think about. Are you saving enough for the future? If you are, when will you have enough ... END_OF_DOCUMENT_TOKEN_TO_BE_REPLACED

“Open an account with us – and get a free toaster!” These days, the bank toaster (clock radio, electric blanket, or other gadget) has become a cliché for consumer banking. But what you might ... END_OF_DOCUMENT_TOKEN_TO_BE_REPLACED

Watermelon. Corn-on-the cob. Fireworks after sundown. Amid all the fun, it’s easy to forget that the Fourth of July is more than just another summertime barbecue: It’s a reminder that independence is ... END_OF_DOCUMENT_TOKEN_TO_BE_REPLACED