This week I was alone at home with a new room being built and the handyman working with me on a new vegetable garden. Men in Guatemala and especially in such small villages are macho and it is hard to get listened to as a woman. On the first day, the handyman disappeared on his motorcycle for a couple of hours. When he came back he lied to me saying he just went home, then he confessed he went to the bank to cash his father’s check for the bowls field he built for us. Where was his father? Working on other projects. So I was paying his salary to go queue at the bank while his father was busy making money elsewhere! I was furious but he got that and the rest of the week he worked harder.

The restful week I had hoped for was pretty busy, overseeing the workers, mainly so they don’t make building materials magically disappear, and treat the water pump kindly to mix all that concrete. They didn’t like very much that the gringa was on top of them either, but I pay their wages and expect to get what they say they will deliver.

They laid the foundations of the room, and integrated the iron skeleton of the walls, then stopped the works until BF comes back to supervise how they build the stone walls, something they have little experience doing. 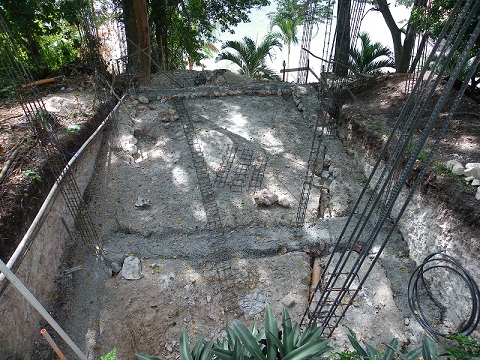 With the handyman we did what seemed like the 100th deep cleaning of the house, to remove lime and concrete, it now looks fresh and ready to welcome our Christmas guests.

I went to town on the handyman’s motorcycle, I own an 800cc and it was weird to ride a 125cc at 40mph, with no helmet or license plate of course. What did you say? Insurance? Nope.

I was able to do my Christmas shopping, with only one recipient it was easy, and I took advantage of the shop’s free wrapping to get a lovely box. 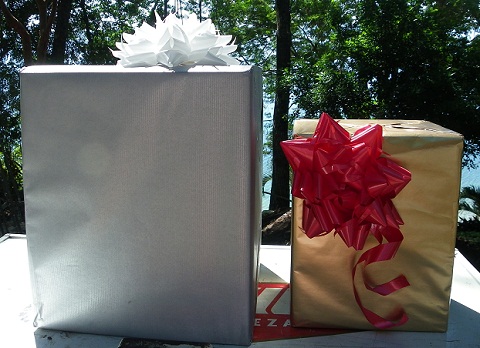 I met with an architect to plan the development of the 90 acres land behind my little plot, and he came the next day to see it but quoted me much higher than what he initially said, probably because he realized the potential of the place and wanted his share. Need to find another one.

I also had the handyman prepare a garden patch, where I planted different seeds, I separated each kind with stones and left a little path to walk on for watering. There should be basil, parsley, potatoes, jalapeños, bell peppers, melons, spinach and more pretty soon. I also have a couple of avocado seeds being bred inside until they are ready for a transplant. 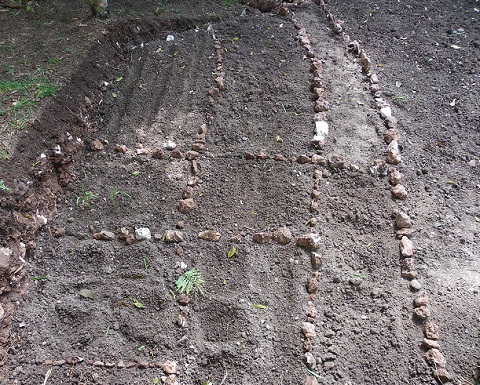 We had a delivery of 2000 wooden sticks that will be used to reinforce the ceiling of the new room while the concrete roof terrace is being poured, and will also make a nice ceiling on the guest room. You know ”mikado”, the pick-up sticks game? Well, we have a giant one in the garden! 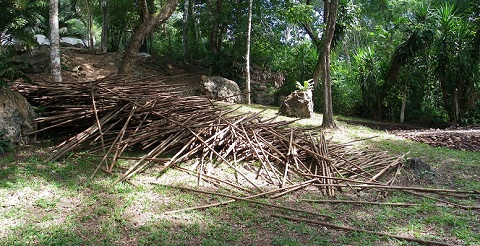 The handyman’s father had quote us 50 cents per stick, which was quite high, but an employee from the ranch my cattle is said he would do it for 12.5 cents. The delivery brought the price to $350 instead of $1000. I hope this guy realizes that by quoting us so high he is constantly losing out on opportunities to earn money. He already lost the contract to re-thatch the deck roof and the one to bring 3500 stones to build the new room. I guess he doesn’t learn.

Christmas is getting closer and we are talking about having a convivio, a little get together for the workers to celebrate. I am not sure I want to prepare food and attend those men who consider me worthless and can barely make eye contact, but I guess I’ll have to oblige in order to keep our relations good with the community. Hopefully they will bring their wives and kids so I have people to talk with. They wouldn’t talk to me under torture… December is also a month when you get an extra pay here, not the contract workers but the handyman, and I guess we will have a tense conversation when it comes to him not getting most of it because he needs to pay back his motorcycle.

The end of the world is only three days away and there are many Mayan gatherings, the area is filled with tourists and most hotels are booked. We have visitors so I can’t try to rent the extra room, if not I would have liked to give it a test run during that peak season. I don’t have plans to be somewhere specific on the 21st, maybe around a Mayan ruin to see all the festivities, there is also an end of the world party in the nearby village. 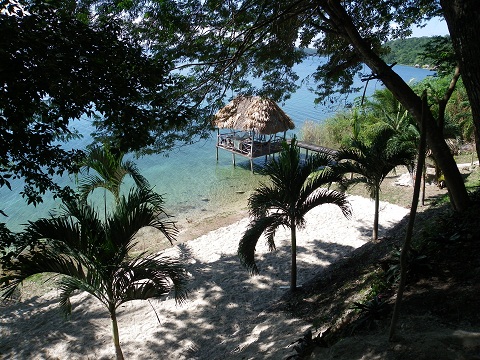 It doesn’t really feel like Christmas under the sun, so I Skyped home to get a feel, my little niece had just received a letter from Santa, that I asked Santa to send when I visited him at his home in Finland this summer. It was such a cute place, albeit commercial, with a post office staffed by little elves, and you could ask for your letters to be sent around Christmas or Santa to write a bespoke letter to the child. My niece was over the moon when she got it, although now she is more obsessed with presents, since we have a first round on December 6th for Saint Nicholas, the ancestor of Santa Claus, she already got a few. I put a letter on the mail for her with some Guatemala handicrafts I hope she will like.

Finally, the little sneaky creature of the week award goes to

so cute and so poisonous

Such a cute lizard will you say? Me too! It breaks my heart to have to kill something so cute, and perfect, with little hands and head. BUT, this race is called lisas here, or sleepy child, because when they bite you, you get sleepy for a full day.

Have a lovely, insect-free day!

Planning for a secure financial future is a wise decision that you should make for your family. You need to be committed to building wealth and take charge of your money. By investing in the right ... END_OF_DOCUMENT_TOKEN_TO_BE_REPLACED

Cryptocurrency has become a popular investment option in recent years, as more people want to make profits from its white-hot rise. However, cryptocurrency investment is a risky endeavor. It is highly ... END_OF_DOCUMENT_TOKEN_TO_BE_REPLACED

Unsurprisingly, there are plenty of people out there jostling to help you spend your nest egg. All promise high returns, but not all that many deliver; in fact, you can quickly lose your super if ... END_OF_DOCUMENT_TOKEN_TO_BE_REPLACED

If you have recently taken up a position at a brand-new company and opened a 401k for the first time, you may be on the hunt for additional information when it comes to the various ways in which tax ... END_OF_DOCUMENT_TOKEN_TO_BE_REPLACED

Congratulations! You’ve worked hard this year. You made it through some tough days (or weeks or months). And now, if you’re lucky, you might end up with a holiday bonus. But before pocketing that ... END_OF_DOCUMENT_TOKEN_TO_BE_REPLACED

The United States of America is a destination most working professionals and travellers have on their list. Being one of the most visited countries in the world, it houses many tourist attractions, ... END_OF_DOCUMENT_TOKEN_TO_BE_REPLACED