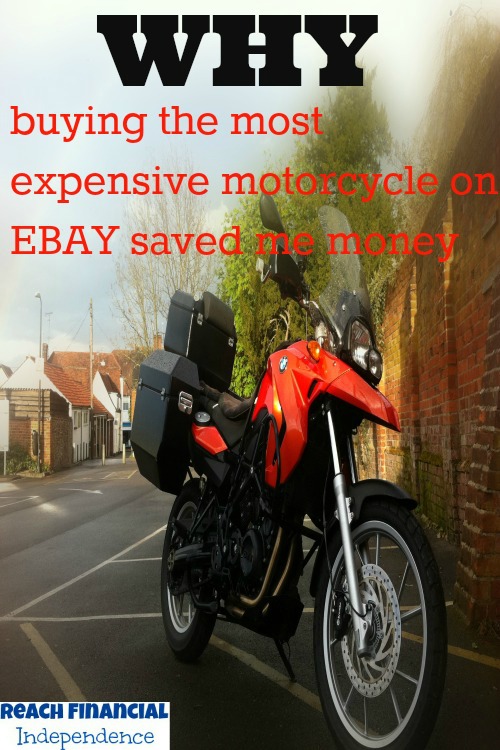 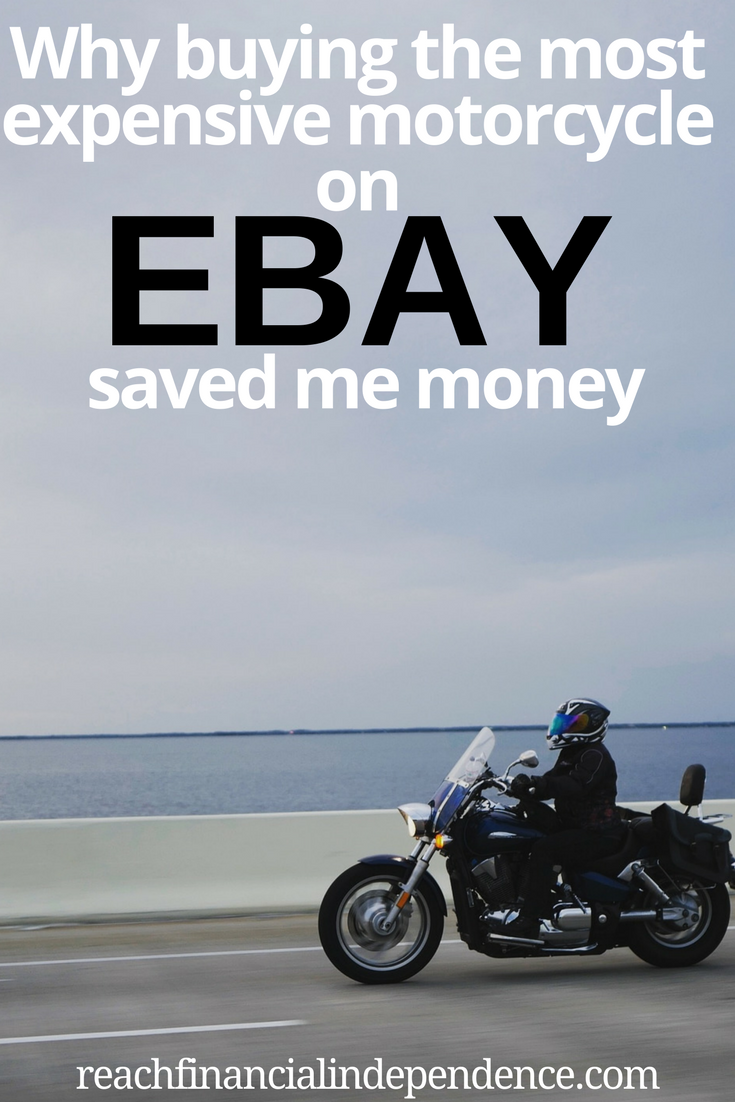 As you may know, I have been traveling around Europe on a motorcycle from early April to the end of August. In 2011, BF and I did the same thing traveling from Guatemala to Seattle, to Washington D.C. on his motorcycle. This time, it was my turn to buy a bike and suffer the depreciation. We were very specific about the brand, BMW, and the model, a F650GS, like the one we had in the US, which didn’t fail us in 20000 miles. BF’s motorcycle was from 2006 and at the end of the trip, he estimated it was worth around $5000.

At first sight on Ebay, I saw similar bikes, with 30 or 40K miles already, that went for $3000 or $4000. I thought about getting one of those, and racking up another 20000 miles as we toured Europe. My consideration was that I would get a cheap bike, learn how to do the maintenance, like I did with BF’s bike, and run it for as long as possible. I would buy it for $4000 and always find a buyer at $2000 in a few years.

Enters a beautiful, almost new bike on the market. A 2010 model, almost like new with only 7K miles, belonging to the wife of a mechanic. Full equipment with ABS and cool details like a Scott Oiler, which is something that will continuously oil your chain so you don’t ruin your chain and sprockets. They were asking $10K for it, more than double the price I was thinking about in the first place. It also had panniers, a tankbag and a topcase, so we could just get there, pack our stuff inside and get going.

BF was much more enthusiastic than I was, thinking about all the money I would have to pay to own the bike. But he made pretty good points:

Eventually, I agreed to purchase that bike, the most expensive bike we had browsed on Ebay. The guy threw in a few extras, like a couple of helmets and a charger for our Iphone.

After riding this beautiful bike for 20000 miles, without ANY problem, nothing at all, I can really see that I saved money, and here is why

The $1400 or over that I saved by opting for a newer bike compensate the $1500 I would lose in the sale. And now that I absolutely LOVE my bike, I can’t think about selling it, and I am glad to get to keep such a good running one.

What other items did you chose to buy at a premium for their long lifespan and reliability?

This post was featured on the 99 Best Personal Finance, thank you!

Planning for a secure financial future is a wise decision that you should make for your family. You need to be committed to building wealth and take charge of your money. By investing in the right ... END_OF_DOCUMENT_TOKEN_TO_BE_REPLACED

Cryptocurrency has become a popular investment option in recent years, as more people want to make profits from its white-hot rise. However, cryptocurrency investment is a risky endeavor. It is highly ... END_OF_DOCUMENT_TOKEN_TO_BE_REPLACED

Unsurprisingly, there are plenty of people out there jostling to help you spend your nest egg. All promise high returns, but not all that many deliver; in fact, you can quickly lose your super if ... END_OF_DOCUMENT_TOKEN_TO_BE_REPLACED

If you have recently taken up a position at a brand-new company and opened a 401k for the first time, you may be on the hunt for additional information when it comes to the various ways in which tax ... END_OF_DOCUMENT_TOKEN_TO_BE_REPLACED

Congratulations! You’ve worked hard this year. You made it through some tough days (or weeks or months). And now, if you’re lucky, you might end up with a holiday bonus. But before pocketing that ... END_OF_DOCUMENT_TOKEN_TO_BE_REPLACED

The United States of America is a destination most working professionals and travellers have on their list. Being one of the most visited countries in the world, it houses many tourist attractions, ... END_OF_DOCUMENT_TOKEN_TO_BE_REPLACED