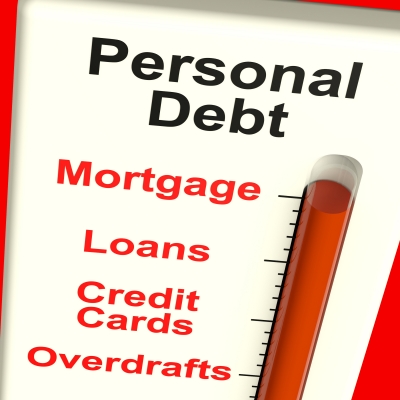 Debt is something that millions of us are likely to get into. It could be from taking out a student loan, a credit card, being overdrawn on our current accounts, by taking out a mortgage or by an ordinary personal loan. For some of us, paying off debts in instalments is simple enough, but in the event of something like job loss, then repayment becomes far more difficult.

As soon as someone loses their job for whatever reason, paying for the basics, let along trying to whittle down whatever debt they may have becomes a massive challenge. Joblessness has become a huge problem in the past few years, compounded by a downturn in which millions have found getting back into full-time work night on impossible.

Any homeowner who has lost their job may have more reason to be fearful than most. This is because, if they still have at least part of their mortgage still to pay off and they can’t afford to meet the monthly payment schedule, they may have to give their property back to the bank or building society who gave them the mortgage in the first place.

Should anyone lose their home as a result of failure to keep up with mortgage payments, then the options left to pay off any remaining debts are few and far between. One of them is bankruptcy, but some may have fears over it scarring them for life (at least in a financial sense). It’s seen as a last resort for people with a debt mountain that can be impossible to get rid of for whatever reason.

In some ways, bankruptcy and unemployment are intertwined. Having less money to pay off debt can often lead people on a path towards declaring themselves bankrupt, but only if they cannot possibly pay off all their debts. Help for unemployed people with mortgages varies from country to country; in the US, for example, there are a couple of programs available that offer respite.

As for the UK, the lines are blurred when it comes to assistance for unemployed mortgage holders. In most cases, if selling your home is the only way of paying off any bankruptcy debts, then it must be done, even without a source of regular income that equates to more than what is paid in terms of basic state benefits.

According to a recent study 77% of people who file for bankruptcy are non-homeowners, a stat which says that those with their own properties at least have something that can help to pay off debts in one big chunk. Non-homeowners are likely to earn less, while also facing potentially higher costs such as rent payments. Falling into the bankruptcy trap is easier with less valuable assets.

Although non-homeowners are usually less likely to rack up debt, those on lower incomes or out of work altogether may find it harder to stay in the black. Something like a broken kitchen appliance that needs repairing or a car breakdown could tip them over the edge, meaning that they may have to take out a loan which may be hard to repay back, especially if the interest is higher than average.

Planning for a secure financial future is a wise decision that you should make for your family. You need to be committed to building wealth and take charge of your money. By investing in the right ... END_OF_DOCUMENT_TOKEN_TO_BE_REPLACED

Cryptocurrency has become a popular investment option in recent years, as more people want to make profits from its white-hot rise. However, cryptocurrency investment is a risky endeavor. It is highly ... END_OF_DOCUMENT_TOKEN_TO_BE_REPLACED

Unsurprisingly, there are plenty of people out there jostling to help you spend your nest egg. All promise high returns, but not all that many deliver; in fact, you can quickly lose your super if ... END_OF_DOCUMENT_TOKEN_TO_BE_REPLACED

If you have recently taken up a position at a brand-new company and opened a 401k for the first time, you may be on the hunt for additional information when it comes to the various ways in which tax ... END_OF_DOCUMENT_TOKEN_TO_BE_REPLACED

Congratulations! You’ve worked hard this year. You made it through some tough days (or weeks or months). And now, if you’re lucky, you might end up with a holiday bonus. But before pocketing that ... END_OF_DOCUMENT_TOKEN_TO_BE_REPLACED

The United States of America is a destination most working professionals and travellers have on their list. Being one of the most visited countries in the world, it houses many tourist attractions, ... END_OF_DOCUMENT_TOKEN_TO_BE_REPLACED