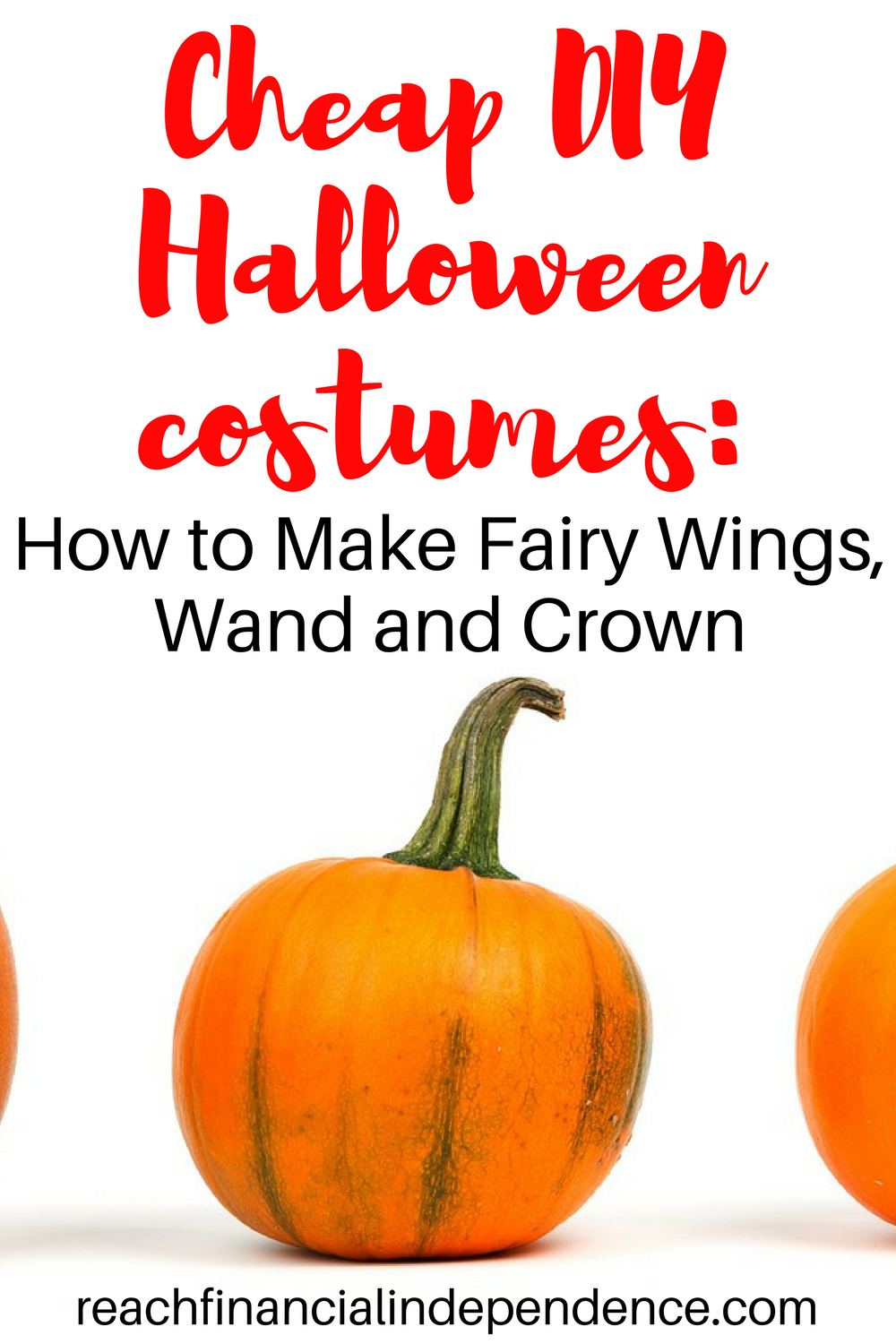 Hi there! Today my awesome VA Clarisse takes over and will explain how she made a perfect Halloween costume for her six year old without breaking the bank, enjoy! 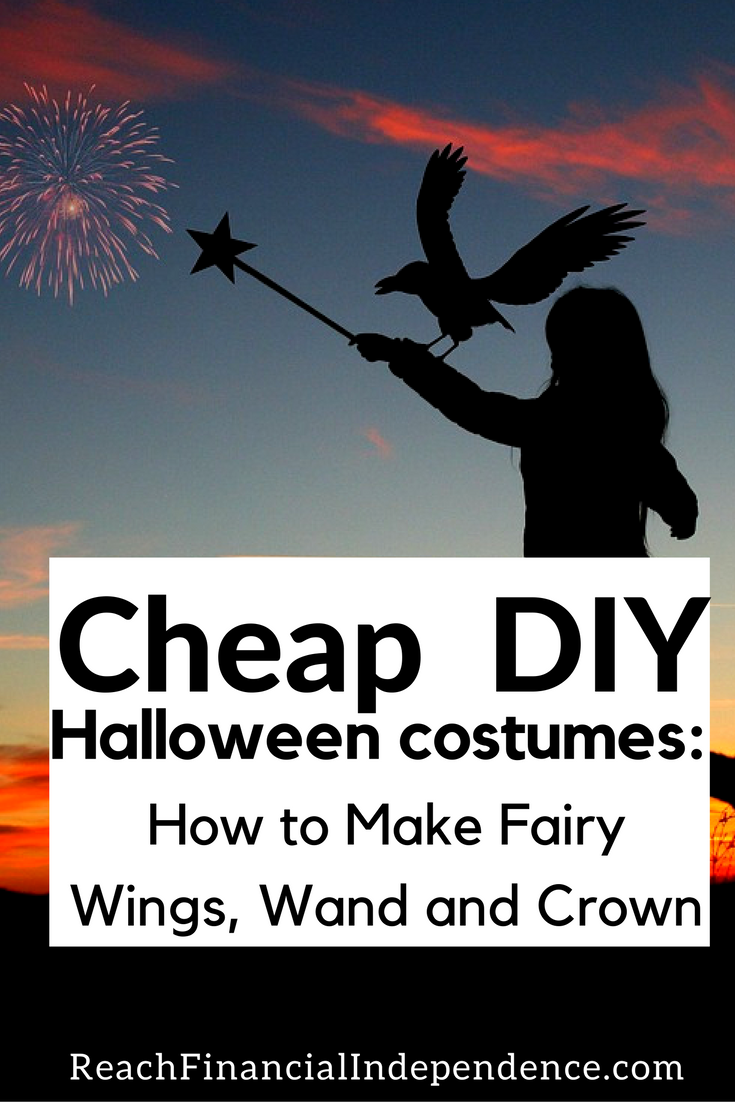 When I was a kid I never had a chance to attend a Halloween Party. And now I have a 6 year old daughter and I want her to experience the Halloween Party. She is so excited but I’m more excited than her because this is her first time! I asked my friend who works as a Supervisor in one of the fast food chains here in our small city if they have a Halloween Party for the kids and luckily they have. So I immediately purchased a ticket for $5 (tickets are limited) with freebies and lots of prizes. 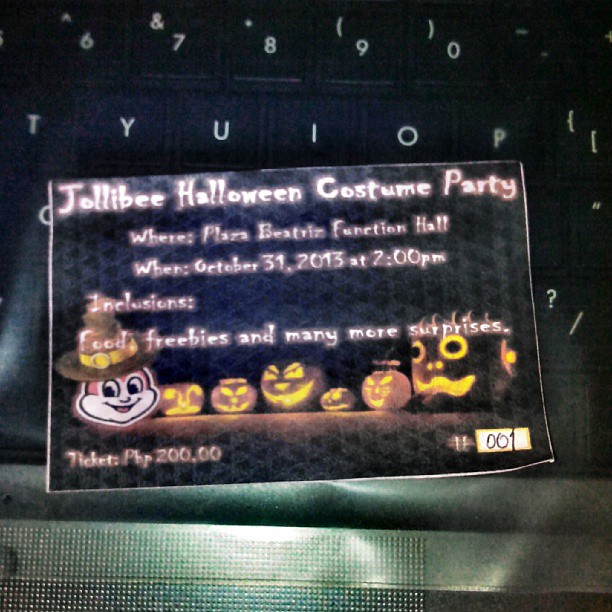 After reading some blogs about how to make a costume without spending a fortune, I was inspired to make my daughter’s own costume! She wanted to be a fairy, at first I suggested she could be a witch but she doesn’t want to be a witch. hahah!! We don’t need to buy her a fairy costume because I will reused her school costume from last August’s “Buwan ng Wika”, that is the Filipinos “Month of Language” event, where she danced to Filipino music and wore a native costume. 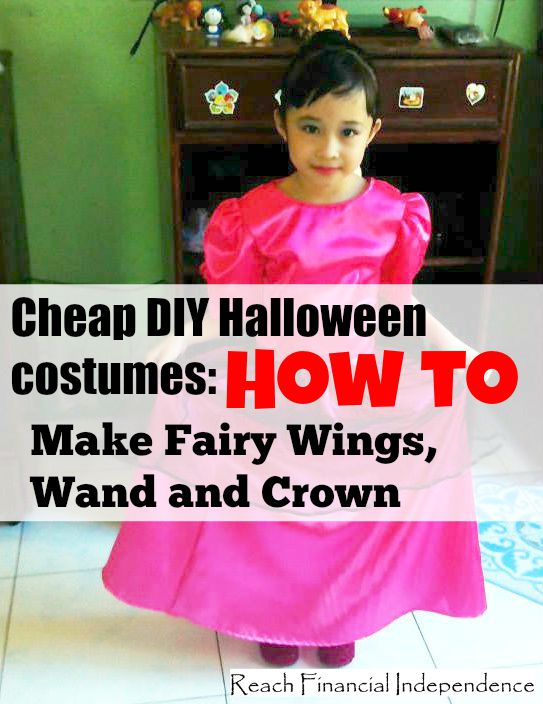 Hmm so we have a dress, now what do fairies need? A fairy needs a fairy wand, a fairy crown and of course some fairy wings! This is my first time to DIY and again I was inspired by reading your blogs about DIY (thanks guys), so much that I even entered this costumes contest!

To make the fairy wings here is what you need:
thin wire (I prefer using this rather than a hanger), glue with glitters, white stockings, garter, pliers, cutter and scissors
1. Form and shape the thin wire into a wing, use pliers and cutter to form that one. You need to make 4 different shapes for the pair of wings. (with some leftover wire or a hanger)
2. Insert the used stockings (if you have some) into the shaped wire. And then stretch the stockings so that it will form well and knot the end. ( I used this during my college days)
3. Connect the four shaped wings and decorate it with glitter glue! I just made it simple since I’m not that creative. I bought it for only $0.05 and it has blue, yellow, green, silver and gold.
4. Saw the garter in the side for her to wear the wings. We have lots of garter here. And tadaaa here are my fairy wings! 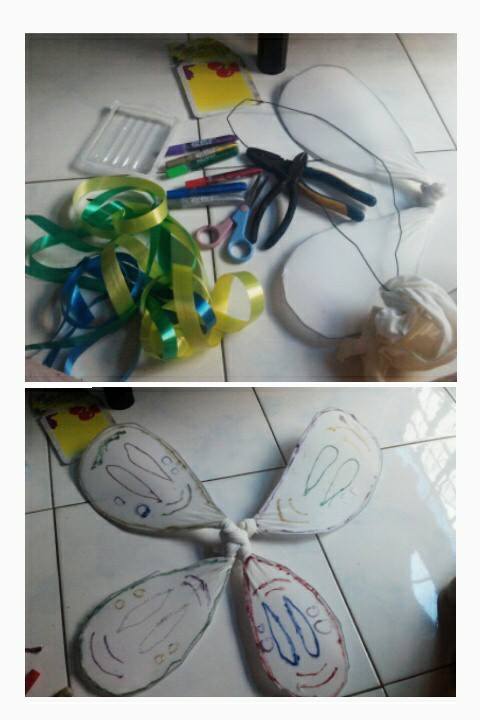 We are done with the fairy wings and now on to the fairy wand.
You will need thin steel, tinsel garland, foam, ribbon, glue and scotch tape
1. I cut the thin steel to a perfect size for my daughter as a wand.
2. Supposedly she wants a star wand but I don’t know how to form a beautiful star so I told her a circle wand is a great wand too. hahah!! So I cut a circle from the foam.
3. I covered the steel a ribbon and put some scotch tape. I bought the ribbon for only $0.01 for 1 meter.
4. Since we already put our Christmas tree I got tinsel garland from it to cover the circle foam and yes it’s like a magic wand already! 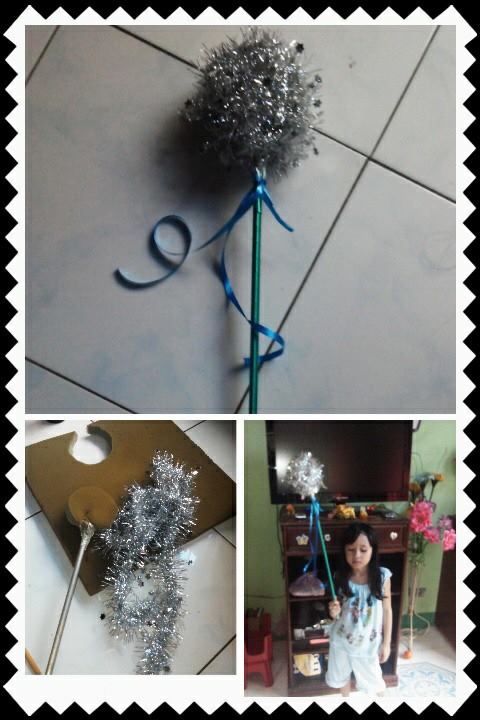 And last but not least the fairy crown.
You need an old crown and glitter glue
I saw an old crown from my little sister and my daughter refused to use it because the color was fading so all I did was put some glitter glue on it and then looked like a brand new one! 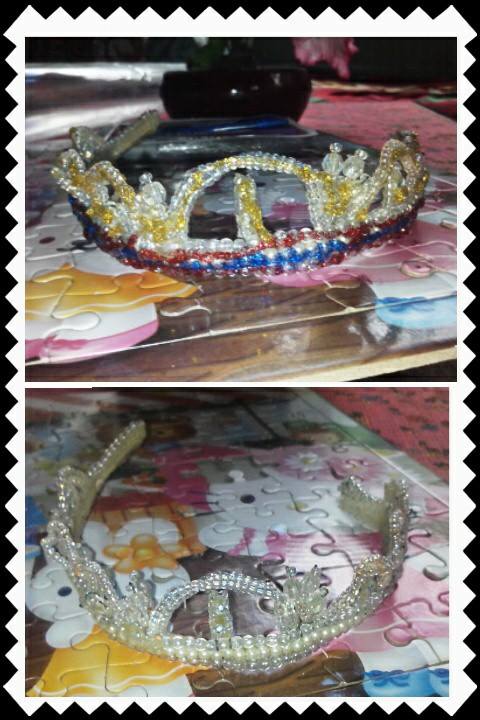 My expenses were:
Glitter glue $ 0.05 and ribbon $ 0.01. I never expected it will only cost me $0.06 and the ticket is $ 5! I will post some pictures after my daughter’s party!
What do you think? Do you have other ideas for cheap DIY Halloween costumes?

Planning for a secure financial future is a wise decision that you should make for your family. You need to be committed to building wealth and take charge of your money. By investing in the right ... END_OF_DOCUMENT_TOKEN_TO_BE_REPLACED

Cryptocurrency has become a popular investment option in recent years, as more people want to make profits from its white-hot rise. However, cryptocurrency investment is a risky endeavor. It is highly ... END_OF_DOCUMENT_TOKEN_TO_BE_REPLACED

Unsurprisingly, there are plenty of people out there jostling to help you spend your nest egg. All promise high returns, but not all that many deliver; in fact, you can quickly lose your super if ... END_OF_DOCUMENT_TOKEN_TO_BE_REPLACED

If you have recently taken up a position at a brand-new company and opened a 401k for the first time, you may be on the hunt for additional information when it comes to the various ways in which tax ... END_OF_DOCUMENT_TOKEN_TO_BE_REPLACED

Congratulations! You’ve worked hard this year. You made it through some tough days (or weeks or months). And now, if you’re lucky, you might end up with a holiday bonus. But before pocketing that ... END_OF_DOCUMENT_TOKEN_TO_BE_REPLACED

The United States of America is a destination most working professionals and travellers have on their list. Being one of the most visited countries in the world, it houses many tourist attractions, ... END_OF_DOCUMENT_TOKEN_TO_BE_REPLACED