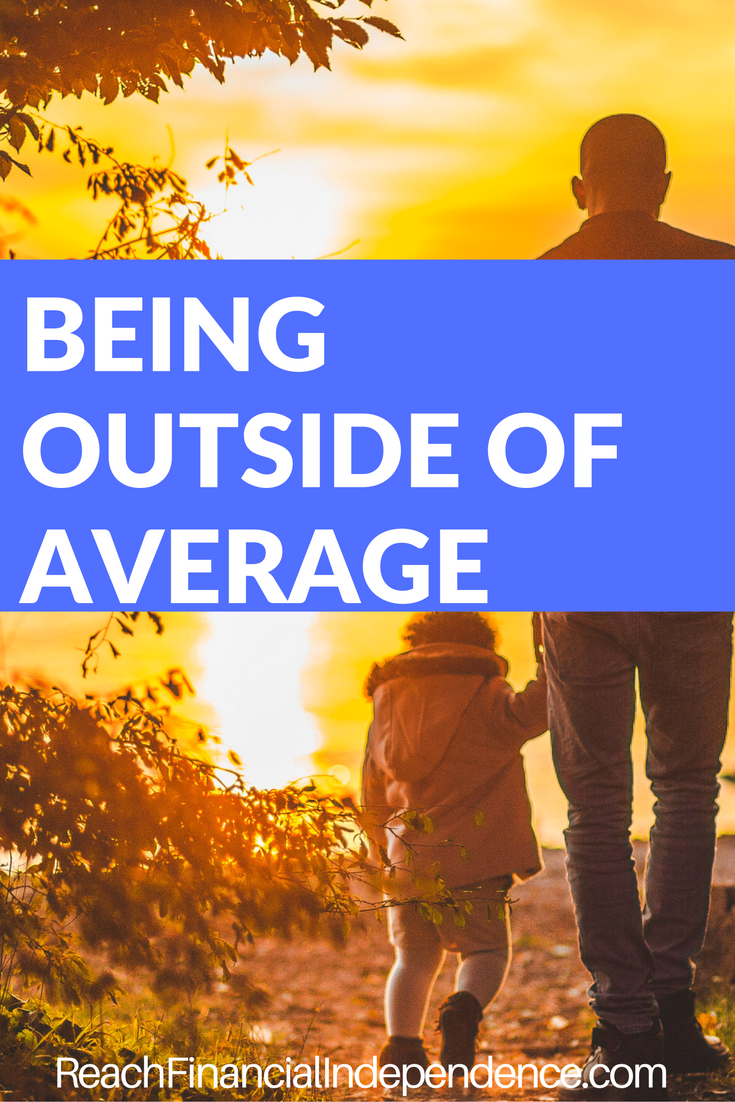 Good morning! I am pleased to present a guest post today from The Outlier Model, where they talk about their financial choices, who are definitely not the norm. Head over there to check my guest post about cheap holidays on the US West coast!

The Outlier Model is a personal finance/lifestyle blog based on the pillars of “living life a little bit differently”. Based on the belief that success follows those who choose to do something other than the normal, posts at The Outlier Model discuss topics such as budgeting, life hacking, and smart shopping. Using a combination of personal anecdotes, how-to tips and commentary, readers are introduced to the small steps that can help them become something more than average.

When Brian and I go to visit family, my mother will sometimes remark, “Oh, now that you guys are making good money, you can start saving up for a house and a car.”  Or Brian’s dad might say, “Now that you have a good job, you’ll never have to do a job interview again!”  Certainly these are normal sentiments.  People grow up, get jobs, get promoted, and buy stuff with their new found wealth.  All part of the average North American life right?  After all, no one wants to be constantly switching jobs, catching the bus or watching the grocery sales.

Well, that’s part of the problem.  Brian and I don’t want to just live an average life because an average life means average outcomes.  And the outcomes are not so good.  According to Statistics Canada, the average Canadian retired at age 62 – and that number’s rising.  We also have, on average, less than $100,000 saved up by the time we’re ready to retire.  And that’s assuming we’re happy to work for more than 30 years of our lives.  Yikes.

But what happens when you’re not average?  Suddenly you’re outside of that bell shaped curve and to many people, that means one of two things – you’re mediocre… or you’re extraordinary.  A lot of the distinction only lies in the way you look at it.  And that can be hard to deal with. 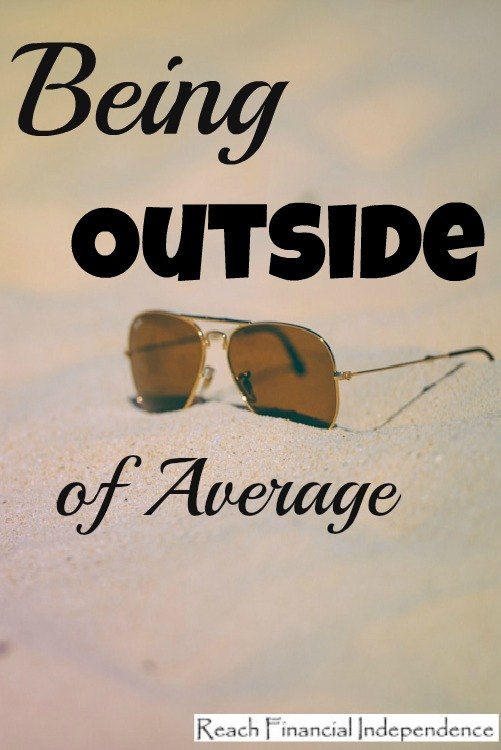 For example, Brian and I don’t own a car.  To many people, it can be seen as a sign of mediocrity – we can’t afford it or we are too cheap or we would rather mooch rides off of friends.  To us, it is an achievement – we have less impact on the environment and we save money.  Over $200 each month, in fact.  And that’s not including unexpected maintenance or repairs!

As another example, we only spend $200 a month on groceries.  My own family thinks that Brian and I are needlessly depriving ourselves – my mom in particular worries that we are not adequately fed.  My co-workers wonder if I am paid a lower salary because I bring in my food every day.  These are all impressions of mediocrity.  But to us, we feel successful – we eat tasty, homemade food each day, we eat much healthier than if we ate out frequently, and again, we save money.

In the end, these are small things.  Perhaps they are signs of failure or deprivation.  It is true that using a car sharing service is not as convenient as owning a car and it is also true that spending $200 a month on groceries means we can’t always indulge in steak or lamb.  However, the fact remains that we save a lot of money doing these things.  And we save a lot of money doing other unconventional things, like living in a teeny condo and renting out our big condo.  And we make a lot of money by aggressively chasing new jobs and promotions, taking on side gigs, and being just a bit entrepreneurial.  And all of that money gets funneled into one goal – financial freedom.

Think back to those averages I quoted earlier.  Working into your 60s.  Having less than $100,000 to retire on.  That’s the motivation that we carry and that’s what makes it worth it for us.  To us, taking transit in the city or being a bit more careful with our grocery spending does not even compare to the sacrifices we’d have to make if we grew old and ended up lacking in “retirement”.  Or worse, if we were not able to retire at all.  We’d rather work hard now and save up our money – whether through frugality, job hopping or savvy real estate investments – so that we can retire “above average.”

So for now, we might be on the failing side of average when it comes to convenience or possessions.  We probably won’t stay in any job for more than a few years and we probably won’t live in any one place for very long.  We will eat a lot of rice.  And that’s okay – I suspect that we will end up on the extraordinary side of early retirement.

This post was featured on the Carnival of Retirement, thank you!

Planning for a secure financial future is a wise decision that you should make for your family. You need to be committed to building wealth and take charge of your money. By investing in the right ... END_OF_DOCUMENT_TOKEN_TO_BE_REPLACED

Cryptocurrency has become a popular investment option in recent years, as more people want to make profits from its white-hot rise. However, cryptocurrency investment is a risky endeavor. It is highly ... END_OF_DOCUMENT_TOKEN_TO_BE_REPLACED

Unsurprisingly, there are plenty of people out there jostling to help you spend your nest egg. All promise high returns, but not all that many deliver; in fact, you can quickly lose your super if ... END_OF_DOCUMENT_TOKEN_TO_BE_REPLACED

If you have recently taken up a position at a brand-new company and opened a 401k for the first time, you may be on the hunt for additional information when it comes to the various ways in which tax ... END_OF_DOCUMENT_TOKEN_TO_BE_REPLACED

Congratulations! You’ve worked hard this year. You made it through some tough days (or weeks or months). And now, if you’re lucky, you might end up with a holiday bonus. But before pocketing that ... END_OF_DOCUMENT_TOKEN_TO_BE_REPLACED

The United States of America is a destination most working professionals and travellers have on their list. Being one of the most visited countries in the world, it houses many tourist attractions, ... END_OF_DOCUMENT_TOKEN_TO_BE_REPLACED