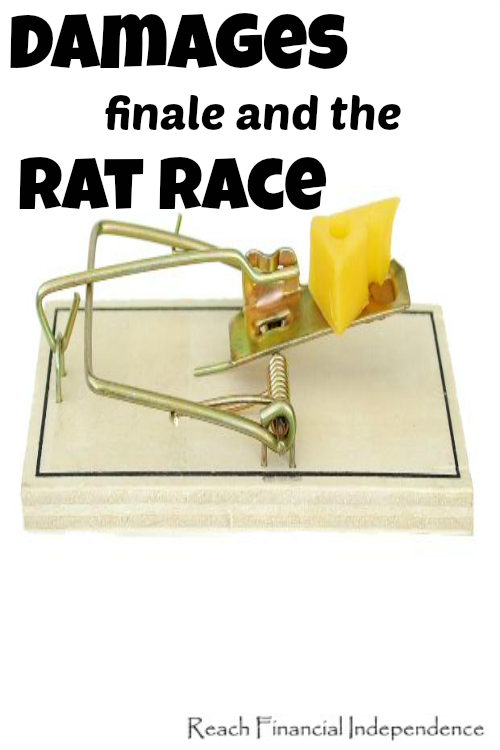 Yesterday was the series finale of Damages, a show I followed and really enjoyed for its well written, fast-paced, thrilling plots. It is about a girl fresh out of college who starts out at a big shot lawyer firm and tries not to get crushed by her boss, played by a brilliant Glenn Close.

Five season later, the girl has started her own firm and taken in a very important client, she now seeks revenge going to trial against her former boss.

SPOILER ALERT She then realizes that there is more to life, gives up her job and becomes a mum to a lovely little girl.

When I was in college, all we heard during the day was ”you are an elite”, ”you can’t spoil your degree”, ”you are worth a lot, don’t lose a second, go out there and eat them all”. 10 years after graduation, I realize that very few people in my class actually went like crazy into the rat race. I took off and traveled the world for a year, then settled in Guatemala for three. The next year five of my friends followed my example. Now that we turned 30, many gave up their jobs to pursue their passion. One is a feng-shui expert, another studied psychology, some girls chose to stay at home and started a family.

Are they happier? Certainly! Some of them were miserable during the first years. Then they got to management level, and started crushing interns the same way their boss did to them. Many got into debt, and can’t leave their job for fear of foreclosure. I talked to a classmate the other day, he said almost all of his coworkers are having affairs to cope, escape their lives, and feel at least important to someone. It made me sad.

I never compared with my friends because I lived such a different life it would be impossible to do in the first place, and what is the point if I am happy with my life? But when I hear numbers, I can assure that even though I spent the last 3 years traveling and only writing travel blogs, I have more savings, more investments, a higher net worth… crazy, right?

Damages made me think about that. I am happy that I never gave in to the rat race, and that I chose to live the life that I really wanted for myself.

What about you? Are you living the life you want? Making steps to reach your goals?

Planning for a secure financial future is a wise decision that you should make for your family. You need to be committed to building wealth and take charge of your money. By investing in the right ... END_OF_DOCUMENT_TOKEN_TO_BE_REPLACED

Cryptocurrency has become a popular investment option in recent years, as more people want to make profits from its white-hot rise. However, cryptocurrency investment is a risky endeavor. It is highly ... END_OF_DOCUMENT_TOKEN_TO_BE_REPLACED

Unsurprisingly, there are plenty of people out there jostling to help you spend your nest egg. All promise high returns, but not all that many deliver; in fact, you can quickly lose your super if ... END_OF_DOCUMENT_TOKEN_TO_BE_REPLACED

If you have recently taken up a position at a brand-new company and opened a 401k for the first time, you may be on the hunt for additional information when it comes to the various ways in which tax ... END_OF_DOCUMENT_TOKEN_TO_BE_REPLACED

Congratulations! You’ve worked hard this year. You made it through some tough days (or weeks or months). And now, if you’re lucky, you might end up with a holiday bonus. But before pocketing that ... END_OF_DOCUMENT_TOKEN_TO_BE_REPLACED

The United States of America is a destination most working professionals and travellers have on their list. Being one of the most visited countries in the world, it houses many tourist attractions, ... END_OF_DOCUMENT_TOKEN_TO_BE_REPLACED