Good morning! Today I am happy to welcome Troy from The Financial Economist for the second time, he will talk today about how the economy affects the market, and your retirement nest egg. His blog is full of in-depth articles of this kind, so feel free to see his latest post at The Financial Economist. And if you want to read his previous guest post about mistakes he made when he started investing, please click here.

I will be over at Make Money Your Way with a post on how to make money at parties. Enjoy! 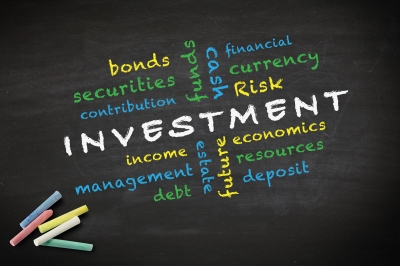 When I asked Pauline about writing a second guest post here, she suggested I talk about factors that will affect the average investor’s retirement nest egg. So in this post, I’ll be discussing the various economic and historical conditions that will affect investors in the medium tern (1-5 years) and long term future (5 to 10 years out), and how you can prepare yourself when each of these conditions hit.

Without going into the arcane and pointless details, I’ll explain QE (quantitative easing) in good ole’ plain English. QE is the Federal Reserve’s way of printing money, thereby injecting more and more liquidity (money) into the financial system. Bernake (Fed Chairman) believes that this will pull the American economy out of the muck for good, and right now, whether this is working or not is still questionable.

HOWEVER, quantitative easing does have a problem – the printing of money theoretically speaking should cause inflation. But since QE first began, inflation has been virtually non-existent. How come?

According to theory, printing money causes inflation. BUT, what the economy has been experiencing post-recession is a deflationary environment. The economy isn’t doing too well, and prices should be declining. But with the Fed’s printing of money, the deflation is negated, resulting in zero inflation.

However, sooner or later (probably sooner, along the lines of 1 – 2 years) inflation is going to (finally) pick up. Why? Think of it this way. Deflation has always existed, and the Fed’s printing of money has been negating this deflation. However, soon that negation will be over (when the inflation is sufficient enough to totally negate the deflation), and the printing of money will finally cause real inflation.

Hence, I think that buying stocks would be great when inflation hits. When inflation comes around, currencies get devalued and nominally speaking stock prices rise, leading to greater returns for equity investors.

Devaluation is closely linked to inflation – when governments print money, the real value of their currencies becomes devalued. Whenever currencies get devalued, all hard assets such as stocks and commodities shoot up in price. Speaking of commodities…

The Once in a Lifetime Opportunity

Precious metals rose in the 1970s not because of the poor economy but because of inflation. The 1970s were a rare case of stagflation, something that doesn’t fit in with today. Currently, the economy is humming along, but inflation will be a big issue. Thus, when inflation starts to creep up it will be a once in a lifetime opportunity for medium term investors who are willing to hold onto their gold and silver positions for at least a year.

The Fight for Resources

There’s a prime fundamental reason (besides inflation) that supports the rise in commodity prices (especially gold and silver). It’s simple. We have fewer and fewer resources to feed a larger and larger population. When Thomas Malthus first predicted that the world would end (this was back in 1798), he forgot to factor in technology. Technological improvements can increase the efficiency at which we extract our resources. HOWEVER, even technology has a limit. The efficiency is ultimately limited to the amount of resources we have. Currently, the world is reaching a turning point. If all the emerging market nations start to consume at the rate Americans do, the world’s resources would be gone sooner rather than later. When the demand for raw materials goes up and the supply goes down, prices will soar.

You’ve all heard it – historically, the U.S. stock market has yielded (on average) 7.5% returns. That’s actually a really clever lie concocted by brokers and financial groups to get you to purchase equities.

The “average of 7.5%” is from the post-War period. If you look at a different time frame, such as if you were to include the Great Depression, the “average rate of return” is a lot less. That’s what the financial industry does – repackaging facts to make them look better than when they first came in.

The post-war period is actually an anomaly, a period of unprecedented economic growth that is unlikely to be repeated again in the near future. This growth was caused by major technological revolutions, from household appliances to computers to the internet and high speed communications. Today? Come on guys – the market is going to grow at 7.5% with a bunch of undergrads making $0.99 iPhone apps.

My point is, if the stock market is going to pick up its pace in the long run, it needs to be supported by major technological leaps. Unfortunately, since the dawn of the internet our society’s brightest have been attracted towards the fast money of internet riches, drawn away from solid industries that actually contribute to mankind’s life (think of space mining, green energy – the capital intensive industries). Thus, without any major technological revolutions happening right now how can we expect economic and market growth to pick up? We can’t. There’s no driver for the growth engine.

To sum it all up, I’m going to divide things into two time frames. The medium time frame is the 1-5 year outlook, whereas the long term outlook is 5-20 years.

For the medium outlook, things are looking decidedly positive. Once inflation picks up (which is inevitable with all the money printing), stocks and commodities are going to soar, particularly gold and silver whose bull markets aren’t over.

However, the long term is less positive. Sure, the stock market will still experience long term bull markets. But I don’t think the average rate of return will be 7.5% anymore, unless we experience another major technological breakthrough. The problem is that these breakthroughs are the results of years and years of work, something that hasn’t happened thanks to all our smartest engineers being attracted to industries that do not really contribute that much to mankind. (I like Facebook as much as the next guy in line, but hey, it hasn’t had as much an impact on my life as the advent of the computer has.)

This post was featured on the Making Sense of Cents, My Wealth Desire, thank you!

Planning for a secure financial future is a wise decision that you should make for your family. You need to be committed to building wealth and take charge of your money. By investing in the right ... END_OF_DOCUMENT_TOKEN_TO_BE_REPLACED

Cryptocurrency has become a popular investment option in recent years, as more people want to make profits from its white-hot rise. However, cryptocurrency investment is a risky endeavor. It is highly ... END_OF_DOCUMENT_TOKEN_TO_BE_REPLACED

Unsurprisingly, there are plenty of people out there jostling to help you spend your nest egg. All promise high returns, but not all that many deliver; in fact, you can quickly lose your super if ... END_OF_DOCUMENT_TOKEN_TO_BE_REPLACED

If you have recently taken up a position at a brand-new company and opened a 401k for the first time, you may be on the hunt for additional information when it comes to the various ways in which tax ... END_OF_DOCUMENT_TOKEN_TO_BE_REPLACED

Congratulations! You’ve worked hard this year. You made it through some tough days (or weeks or months). And now, if you’re lucky, you might end up with a holiday bonus. But before pocketing that ... END_OF_DOCUMENT_TOKEN_TO_BE_REPLACED

The United States of America is a destination most working professionals and travellers have on their list. Being one of the most visited countries in the world, it houses many tourist attractions, ... END_OF_DOCUMENT_TOKEN_TO_BE_REPLACED