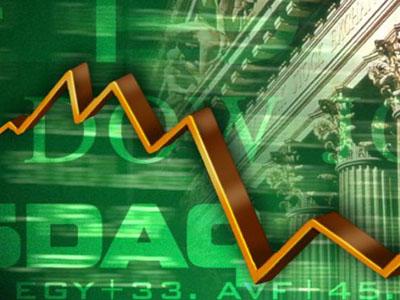 Hey y’all, it’s Troy (trader, investor, whatever you want to call me). I just want to give y’all an update on the stock market, and in particular, the U.S. stock market. Here’s what’s been going on in the 2nd half of 2013 and what I think will happen in the first half of 2014.

Please keep in mind that often times, my forecasts are dead wrong. I thought the market would crash in the 2nd half of 2013 – it didn’t. But that’s the beauty of being a trader – I don’t need to be right. I just need to make money. My forecasts are very flexible – my opinions change with the market. 2013 has been an insanely profitable year for me despite my stock market call being dead wrong. That being said, I’m not an economist who needs to be stubborn with his views. Economists can’t make money – only traders and investors can.

Also, please note that I am writing this on Dec 29 2013. Thus, by the time this post is published here on RFI, some circumstances may have changed. So with that being said, let’s jump right into the U.S. stock market. First a little background on 2013.

This is a Bubble

By May 2013, all the skillful traders, hedge fund managers, and investors knew that the U.S. stock market was in a bubble. When the S&P broke it’s 2007 high, the bubble was officially “in”. Why? Because the fundamentals of the U.S. economy just aren’t equivalent to what things were back in 2007, the go-go years. (Tell that to the unemployed folks).

Based on many market indicators such as sentiment (how investors feel about the stock market), the U.S. stock market was (and still is) in a bubble. Investors are way too bullish on stocks.Corrections larger than 5% have been few and far between this past year, which is very unusual (which is to say, stocks are in bubble phase).

So if you think that all is good in the hood and this is a new secular bull market that will last for years and years and years, you need to get your head screwed on right (no offense to you personally).

Why This Bubble will continue in the first half of 2014.

But just because the market is in a bubble, it doesn’t mean that you should sell or go short. That’s how legendary fund manager Julian Robertson got destroyed in 1999 (dot com bubble).

From January 2013 to October 2013, the stock market’s bullish ascent was completely irrational. Most of the price advance was supported by:

2. Investors who, after being destroyed by the 2008/2009 crash and avoiding stocks like the plague from 2009-2011, finally decided to jump back into the market.

Stocks during this period were not propelled by super awesome fundamentals. That’s because if you looked at the economic data, the numbers weren’t even super awesome. In other words, this part of the market was purely propelled by herd mentality – aka bubble.

But beginning in November of 2013, the U.S. economy and all other economies around the world (including Europe, the problem child over the past 3 years) suddenly displayed insanely awesome economic data. In other words, the economy was actually getting a whole lot better. At first I couldn’t believe this myself, but as a trader, I must face the fact, regardless of what I want to believe.

But that’s not to say that the improving economy is a sound reason to support the insane stock market advance right now.

Based on my analysis, I’ve found that whenever the stock market reaches bubble mode, nothing short of a fundamental problem (eg the economy suddenly deteriorates) can cause even a correction that’s larger than 5%.

At the moment, the fundamentals are obviously super awesome. Nothing can support a correction that’s larger than 5%. Whenever the market falls, new investors just pile in to “buy on the dip”.

Lastly, I’d just like to give a note of caution. Although I myself am riding the bubble on the bull side, I’d like to give you a serious sign of caution. Seriously, becareful. Don’t be stupidly overjoyed with your profits because this is a bubble. A bubble bursts much faster than it inflates.

With that being said, happy New Year everyone, and let’s make 2014 a good one!

As y’all guys and gals probably know, I used to blog at The Financial Economist. I couldn’t keep that up because my day job (trading) was just getting too intensive. Now, as a hobby, I’m trying out a new blogging platform called Ghost. It’s like WordPress but much more simpler and minimalist (which has been all the rage since Steve Jobs died). So if you’re interested in trying out Ghost, just head on over to my site Ghost For Beginners. Over there I wrote a couple of tutorials on how to install Ghost, publish posts on it, etc. So if you’re interested in an alternative to WordPress, check it out!

What are your predictions for the U.S. stock market this quarter?

Planning for a secure financial future is a wise decision that you should make for your family. You need to be committed to building wealth and take charge of your money. By investing in the right ... END_OF_DOCUMENT_TOKEN_TO_BE_REPLACED

Cryptocurrency has become a popular investment option in recent years, as more people want to make profits from its white-hot rise. However, cryptocurrency investment is a risky endeavor. It is highly ... END_OF_DOCUMENT_TOKEN_TO_BE_REPLACED

Unsurprisingly, there are plenty of people out there jostling to help you spend your nest egg. All promise high returns, but not all that many deliver; in fact, you can quickly lose your super if ... END_OF_DOCUMENT_TOKEN_TO_BE_REPLACED

If you have recently taken up a position at a brand-new company and opened a 401k for the first time, you may be on the hunt for additional information when it comes to the various ways in which tax ... END_OF_DOCUMENT_TOKEN_TO_BE_REPLACED

Congratulations! You’ve worked hard this year. You made it through some tough days (or weeks or months). And now, if you’re lucky, you might end up with a holiday bonus. But before pocketing that ... END_OF_DOCUMENT_TOKEN_TO_BE_REPLACED

The United States of America is a destination most working professionals and travellers have on their list. Being one of the most visited countries in the world, it houses many tourist attractions, ... END_OF_DOCUMENT_TOKEN_TO_BE_REPLACED