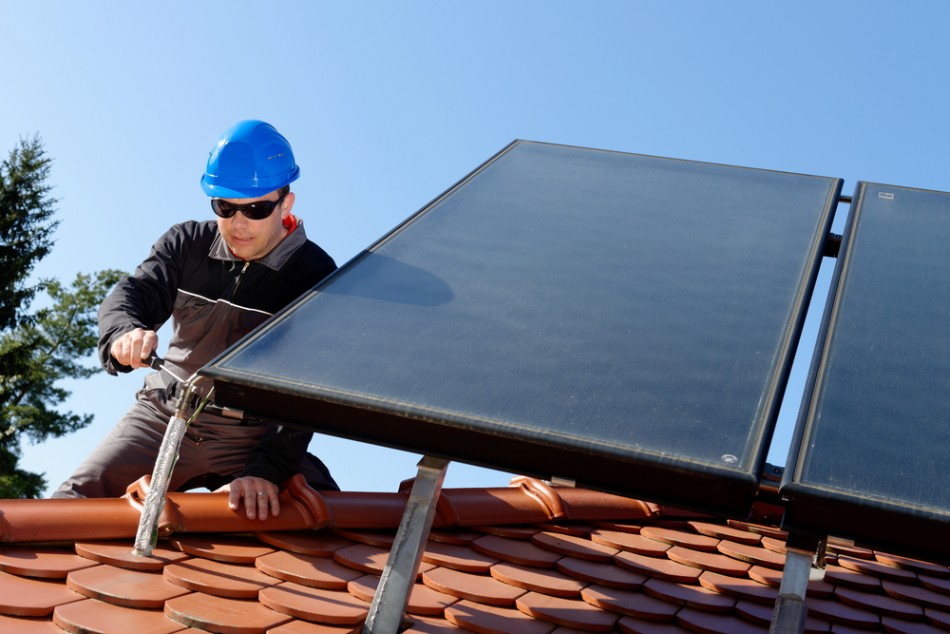 Today I am happy to welcome back Larry from The Skilled Investor, who has written a two-part post about home rooftop solar electric power systems. If you missed part 1, check out the link below. Let me know if you would like to guest post on RFI.

The bottom line question in the 6kW versus 9kW decision was whether the $10,000 added cost was worth it to eliminate most lower cost Tier 1 and 2 utility power purchases. My client decided it was not worth and wanted to save his cash.

Since we had worked together on his comprehensive financial plan six months before, I explained to my client why this analytic situation was similar to the income tax optimizations and investment capital gains tax optimizations we had done earlier. Tax optimization is largely an exercise in avoiding unnecessary taxable events and in not paying taxes at unnecessarily high rates.

These are two examples of investment and retirement tax optimization:

The solar array decision had parallels to a financial investment decision regarding tax savings from buying a smaller versus a larger primary residence home. A smaller home purchase could increase federal income real estate tax and home mortgage interest itemized tax deductions enough to lower taxable income and reduce federal tax rate brackets. With these deductions and perhaps a lower federal income tax bracket, a taxpayer might decide that they have enough deductions and are comfortable with paying the taxes due. While they might have purchased a more expensive home to gain even higher real estate tax and home mortgage interest itemized tax deductions, this tax payer might decide that the added tax savings would not justify the increased mortgage debt and the other expenses that go with owning a larger home.

By analogy, the 6kW system was the more valuable “itemized deduction” that could obtain through an investment. A 6,000 watt solar system would dramatically reduce my client’s electric utility and drop his typical usage down into into Edison’s 13 cent tier 1 “tax bracket”. Since the next utility “tax bracket” upward is Tier 2 is 16 cents per kWh, my client felt that it would be okay to get pushed up into that bracket for some electricity charges during occasional months.

Buying the 6,000 watt solar system assured my client that he would rarely if ever get taxed at the significantly higher Tier 3 and 4 tax rates of $.27/kWh and $.31/kWh. He decided that he would achieve enough “itemized deductions” with the 6kW system and would be most satisfied, even if he had to pay some much smaller monthly electric utility bills along the way. However, he did not see a reason to buy the larger 6,000 watt solar power system, because the additional “itemized deductions” were not that valuable for utility bill “tax reduction” and because future utility power purchase “tax credits” were uncertain.

Where does charging the Tesla electric car fit into this analysis of rooftop solar system economics?

Remember that at first my client had decided to investigate buying a rooftop solar system primarily so that he could save money on charging his new Tesla electric car. After I looked at the situation, charging the car seemed almost irrelevant to the decision on whether to buy a rooftop solar electric system. The primary factors that would justify the system related to the existing electrical consumption of the household and primarily the use of air conditioning during peak daytime periods from spring until fall. If existing home electrical use factors were not enough to justify a rooftop solar photo-voltaic power system, then powering a relatively lightly used electric car would not make be decisive.

If driven on a regular basis, of course, the Tesla certainly would need to be charged and would draw power. First, we looked at the likely pattern of usage for the electric car. This car was to be the second, “fun” car in the household and would not be required for commuting. This expected usage pattern provided a lot of flexibility as to when the car could be charged day or night. The Tesla charging system has a timer on it so that you can set the time of day to charge. Therefore, my client would have full control over when to draw power from either the rooftop solar system and/or the electrical utility grid.

Next, we looked at the special tier pricing system that Southern California Edison was offering for night time charging of an electric car. Note that this would be a substitute for a rooftop solar system. All power would still be drawn from the Edison electrical utility. All that would change would be the tier pricing system plus and electric car charging port installed in the home.

Southern California Edison offered special home electric power pricing plans for electric car owners, but I failed to see why any home owner would choose one of them over the regular home four tier pricing plan that I summarized above. For example, with one of the special home electric needs and electric car plan, Edison offered a lower priced Tier of 9 cents per kWH at “Super Off-Peak” time (midnight to 6AM). Saving 4 cents more per kilowatt hour in the middle of the night would seem beneficial. However, this special plan would track power usage by time of day and differentiate charges across a 24 hour period with tier pricing that changed from summer to winter. In contrast, the regular four tier billing system did not track usage by time of day and simply totaled electrical usage over the month.

The problem with this home plus electric car 24 hour billing system is that Edison would jack up the maximum 10 AM to 6 PM “on peak” day time rate to $.35 in the winter and $.47 in the summer. This seems like a particularly lousy financial deal. You could save 4 cents per kWh to charge you electric car, but only in the wee hours of the night. In exchange, Edison will charge you 16 cents more per kWh to run your air conditioning in the day time all summer long. I think Edison should go back to the drawing board and restructure this rate plan. It is not clear why any rational home owner with air conditioning, which most larger Southern California homes have and use, would chose that rate plan, if they did not already have a rooftop solar power array that would meet peak summer power needs.

Following this analysis, my suggestion to my client was that with a 6kW system, he was likely to have excess generating capacity in the mornings most days from spring to fall that he could use to charge the Tesla essentially “for free”. While there are a few weeks in the summer that require air conditioning all day long, most of the time many people at the base of the San Bernardino mountains just keep the windows open the mornings before things begin to heat up. Then, shut their windows mid-day and turn on their air conditioning. On most days from spring to fall, the Tesla could charge on excess power solar power.

In the winter, the rooftop solar system would generate less power but there is no need for air conditioning unless global warming takes us to hell in a hand basket much more quickly than expected. Therefore in the winter my client can still probably charge the Tesla “for free” in daytime off his solar array. Any days throughout the year where solar electric power is inadequate, the rate for power from the utility to charge the car would most likely have an effective price of 13 or 16 cents per kWh. Of course, it might turn out in the future that credits for selling excess rooftop solar electric power would become both attractive and more predictable. If that is the case, then he could always add 3kW more to the rooftop solar panel array to take advantage of the opportunity.

In summary, my client began looking at a rooftop solar power array to solve what turned out to be the wrong financial problem. However, once we did some analysis, the a home solar panel system still seemed like a good investment to save on home power bills largely caused by summer air conditioning costs. Once installed, my client will probably be able to piggy back charging his Tesla from the solar array on most mornings. As his back up power source, he will be able to fall back to relatively low cost electric power from the utility, when needed.

Planning for a secure financial future is a wise decision that you should make for your family. You need to be committed to building wealth and take charge of your money. By investing in the right ... END_OF_DOCUMENT_TOKEN_TO_BE_REPLACED

Cryptocurrency has become a popular investment option in recent years, as more people want to make profits from its white-hot rise. However, cryptocurrency investment is a risky endeavor. It is highly ... END_OF_DOCUMENT_TOKEN_TO_BE_REPLACED

Unsurprisingly, there are plenty of people out there jostling to help you spend your nest egg. All promise high returns, but not all that many deliver; in fact, you can quickly lose your super if ... END_OF_DOCUMENT_TOKEN_TO_BE_REPLACED

If you have recently taken up a position at a brand-new company and opened a 401k for the first time, you may be on the hunt for additional information when it comes to the various ways in which tax ... END_OF_DOCUMENT_TOKEN_TO_BE_REPLACED

Congratulations! You’ve worked hard this year. You made it through some tough days (or weeks or months). And now, if you’re lucky, you might end up with a holiday bonus. But before pocketing that ... END_OF_DOCUMENT_TOKEN_TO_BE_REPLACED

The United States of America is a destination most working professionals and travellers have on their list. Being one of the most visited countries in the world, it houses many tourist attractions, ... END_OF_DOCUMENT_TOKEN_TO_BE_REPLACED