From Will Lipovsky, Owner and Founder of FirstQuarterFinance.com

I had a net worth just north of $100,000 when I graduated college at age 21.  I NEVER wanted money so I could become some rich guy who buys Ferraris on a whim.  I wanted to be my own boss, my own person – that was my motivation to get to financial independence ASAP.  Growing up, my future freedom pretty easily trumped any Saturday morning cartoon commercial begging me to buy the newest plastic toy. 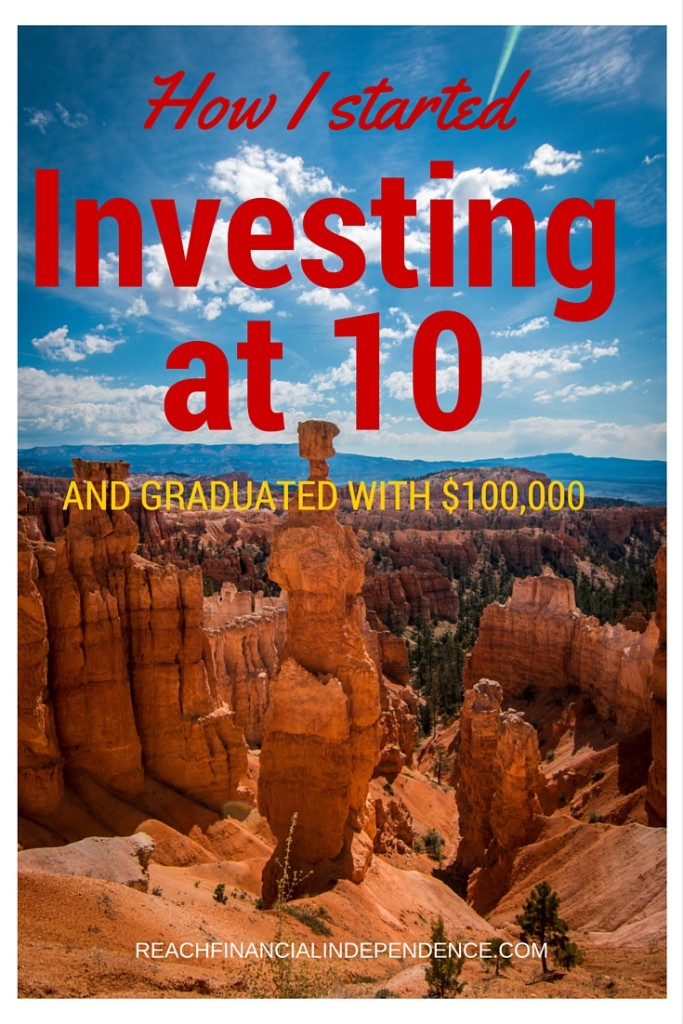 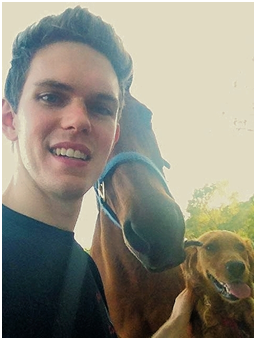 I grew up smack dab in the middle of the United States.  Our farm was 35 miles from dead center to be exact.  Early on, I found it strange how in America people pretend to enjoy freedom.  Living in debt, as most do, is not freedom.  The good news is, I realized early on that freedom can easily be bought. Did you ever stop to think that you can literally buy your freedom from anyone?  Amazing, isn’t it?!  No one can control the financially independent.

I realized financial independence was my path when I was not even 10 years old.  My dad would surprise me with a new chore to do on the farm.  Each time he approached me, I immediately felt a brief, but very real, pang of anger.  Had I thought of doing the task on my own, I would have happily shovelled horse poop out of the barn.  Are you this weird?

Growing up, I got a lot of flak for wanting to buy my freedom.  Adults thought I worked too much (unless they needed my help, that is), kids nagged me to spend my money in silly ways.  My siblings in particular called me cheap for not spending my paychecks in thoughtless ways.  I imagine all us hearty financial independence seekers received some kind of punishment in the early years.

My First Stock at Age 10

I was happy to beat Warren Buffett who bought his first stock at age 11.  He’s since lamented it was too late.

This is definitely another story for another day but I lost most of my money during those first years investing.  I didn’t understand the tragedy of 9/11 very well but being in 6th grade, I could clearly see $2,000 drop to $1,000.  To add insult to injury, following 9/11, dishonest investors rocked my little world pretty hard.  My cute little portfolio was trashed again when the Securities and Exchange Commission found out certain investors were essentially robbing me with insider trading deals.

But I was never deeply disturbed by my losses.  To this day, I throw the majority of my income into equities.  Being an investor takes a certain level of bravery.

I found a mentor early.  At age 14, I found a cool guy who was doing all sorts of interesting stuff.  He was Ex-Air Force and chose early retirement to start 3 businesses.  That’s how I met him.  He was starting businesses, so at age 14, I created an sparse but well thought out resume and gave my future mentor a call.  You don’t get what you don’t ask for.

He was frugal and showed me life what my future self could be like.  I bet he’s spent more of his life as a millionaire than not.  This guy was winning at life.  He was someone I wanted to be around.  Whether or not it was his intent, he clearly showed me how to be successful.  Heck, he just began his own brewing company this year.

Going to Bed before My Head Hit the Pillow

Yeah, I worked a LOT as a kid.  There were times I worked 5 jobs in one day.  See, the trick to working illegally long hours as a child is to switch employers multiple times a day.  Haha, I’m kidding.  Kind of.

My three job requirements: It had to be fun (so I could socialize – therefore work weekends as well), high paying, and the job had to fit nicely on my resume.  What more can a person ask for when stacking up cash?!

From Candy Bars to Caviar

I knew I had to make money ASAP because I was no dummy.  Compound interest is very real.  When we were little, my parents would give each of us kids (I have twin siblings) $1 at a sporting event.  That would buy us a drink and candy bar back in the ’90’s.  99% of the time that cash went right into my tiny pocket.  With compound interest, I could eat candy while I was a child or eat caviar as an adult – for the same amount of money!  Delayed gratification: it’s what separates financial independence achievers and wannabes.Compound interest is something to be respected.  Oh, and no I don’t want to eat a bunch of caviar as an adult.  I’ve never had it but I’m not sure I could swallow the cost.

I’m 24-years-old.  I blog to help others amass serious wealth at a young age.  What I’ve realized is that all of life’s monetary milestones can be started (and often finished) in the first quarter of life.  I’m not financially independence quite yet but I will easily reach that goal. I am I suppose financially independent at the moment but I want to travel quite a bit so I don’t don’t reallllyy consider myself free just yet.

Thanks for reading my story.  If you’re young, I hope you gleaned some tips.  If you’re older, maybe your children or younger friends could read this and realize their potential.

Will Lipovsky is a personal finance freelance writer and internet marketer. His most embarrassing moment has been saying to a Microsoft executive, “I’ll just Google it.” You can get in touch with Will at FirstQuarterFinance.com.

Unsurprisingly, there are plenty of people out there jostling to help you spend your nest egg. All promise high returns, but not all that many deliver; in fact, you can quickly lose your super if ... END_OF_DOCUMENT_TOKEN_TO_BE_REPLACED

If you have recently taken up a position at a brand-new company and opened a 401k for the first time, you may be on the hunt for additional information when it comes to the various ways in which tax ... END_OF_DOCUMENT_TOKEN_TO_BE_REPLACED

Congratulations! You’ve worked hard this year. You made it through some tough days (or weeks or months). And now, if you’re lucky, you might end up with a holiday bonus. But before pocketing that ... END_OF_DOCUMENT_TOKEN_TO_BE_REPLACED

The United States of America is a destination most working professionals and travellers have on their list. Being one of the most visited countries in the world, it houses many tourist attractions, ... END_OF_DOCUMENT_TOKEN_TO_BE_REPLACED

When you were a kid, did you ever save quarters in a jar? Or set aside a portion of your allowance in a piggy bank for a big purchase, like a bicycle, a pair of designer shoes, or anything that mom ... END_OF_DOCUMENT_TOKEN_TO_BE_REPLACED

No matter where you are in your career, the potential of eventually retiring can be a daunting experience to think about. Are you saving enough for the future? If you are, when will you have enough ... END_OF_DOCUMENT_TOKEN_TO_BE_REPLACED