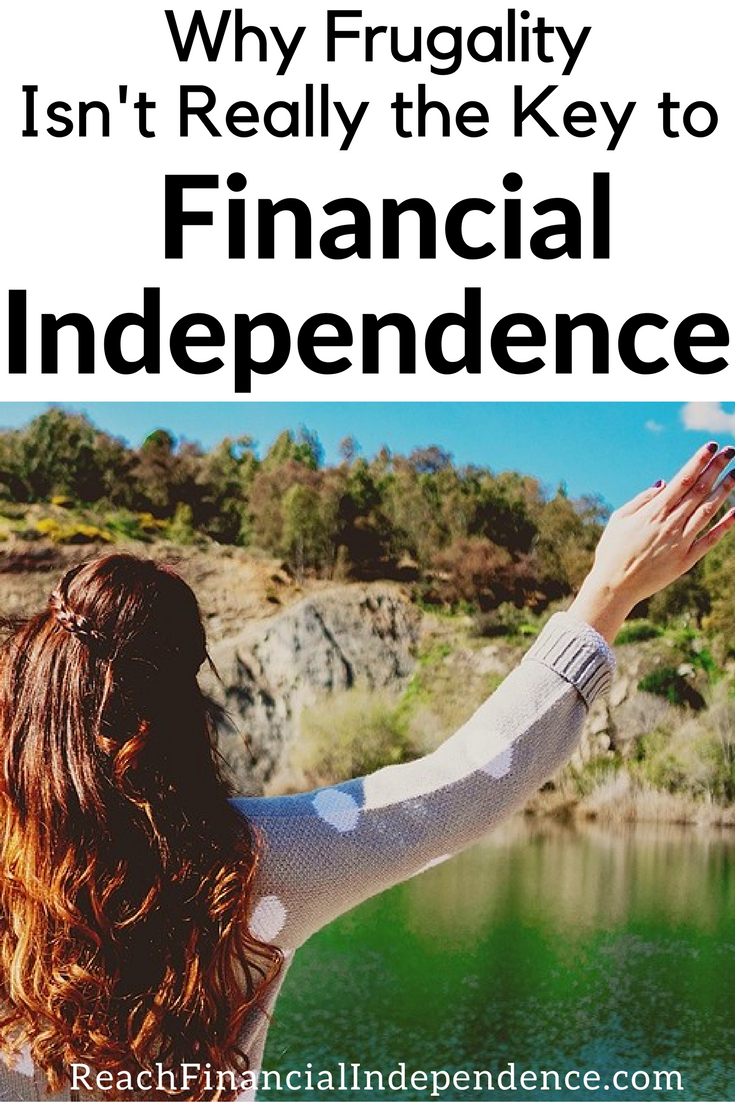 This is a post from Kayla of FrugalRules.com. Kayla is a personal finance blogger in her mid-20s who loves to write about money topics of all kinds. Please let me know if you would like to guest post on RFI.

Personal experience has taught me that tightening your financial belt alone isn’t going to gain you financial independence. Believe me, I’ve tried it.

After I graduated from college a few years ago and got a job, I bought a house, furniture, and a work wardrobe and gained a whole lot of debt.

When reality hit home and I realized just how much money I owed I cut my expenses and began living on less so I could pay down my debt faster. I soon realized, however, that I wasn’t going to reach my goals simply by living on less. Even by cutting back to the bare minimum level I need to live off of, I was barely making enough money to cover those expenses. So I made some changes to help me meet my personal financial goals even faster and I’m going to pass on to you why frugality isn’t really the key to financial independence.

Living on a tight budget consistently isn’t easy. Cutting down your daily Starbucks habit to once a week and shutting off the cable you rarely watch might not be too hard, but continuing to deny yourself life’s little pleasures over and over is tough. Sometimes the financial difference you make in your budget by doing so is such a small amount it feels like you aren’t making that much of an impact on your situation. But don’t despair. There is a way out. Read on.

I’m not saying you shouldn’t try to cut expenses and live a more frugal lifestyle. What I am saying is that spending less isn’t enough to get you to your dream of financial independence. The reason for this is because there is a limit to how much you can cut your budget. You can’t eliminate your rent or mortgage entirely. In addition, you need to pay your electricity so you have heat for the winter. Also, let’s not forget that you need to eat occasionally.

You Need to Make More

So then, if frugality alone isn’t the key to financial independence, what is? My answer was to start earning more money. I did this by taking on a part time job, and eventually by staring my own business. 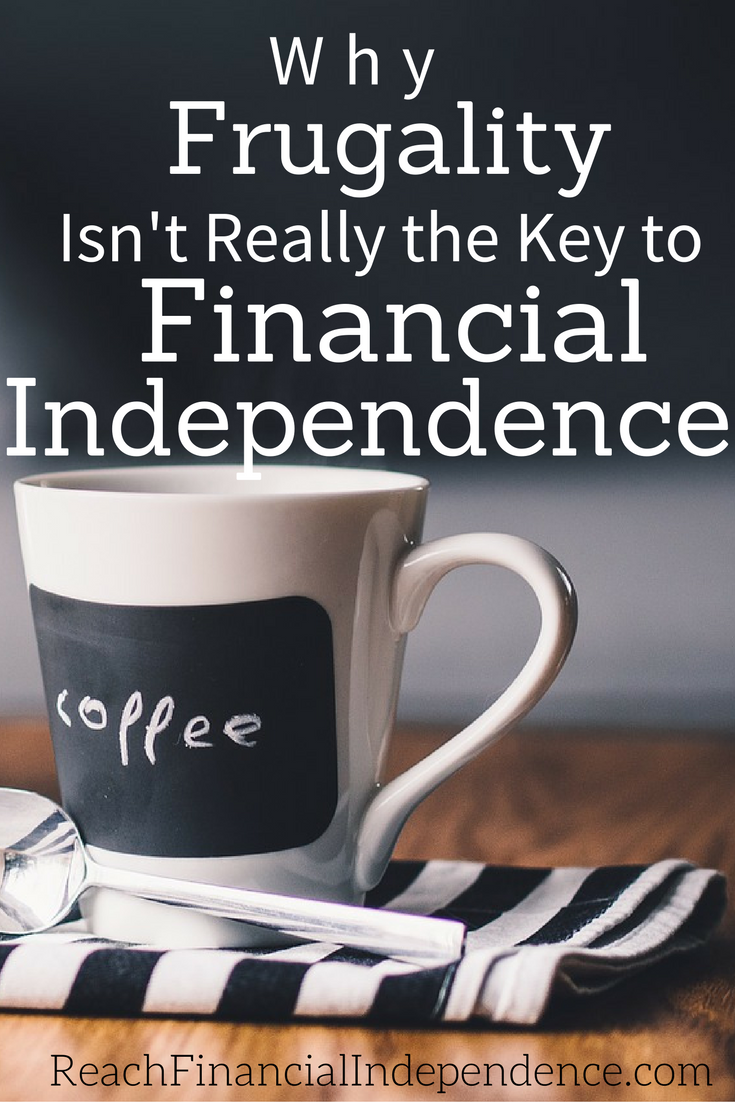 These days I’m earning quite a bit more than I used to and I am finally able to get ahead financially. I am paying off debt, saving money, and building wealth through investing. This is the true key to financial wealth and independence. Frugality is simply a tool to help you get there faster. In addition, making more through investing is not limited. Through wise investment choices you can make more money and build wealth for the future.

In conclusion, go ahead and cut your expenses, live frugally, and save. Then take what you have saved and invest it so you can achieve true financial independence.

Can you think of other reasons why frugality isn’t really the key to financial independence?

Unsurprisingly, there are plenty of people out there jostling to help you spend your nest egg. All promise high returns, but not all that many deliver; in fact, you can quickly lose your super if ... END_OF_DOCUMENT_TOKEN_TO_BE_REPLACED

If you have recently taken up a position at a brand-new company and opened a 401k for the first time, you may be on the hunt for additional information when it comes to the various ways in which tax ... END_OF_DOCUMENT_TOKEN_TO_BE_REPLACED

Congratulations! You’ve worked hard this year. You made it through some tough days (or weeks or months). And now, if you’re lucky, you might end up with a holiday bonus. But before pocketing that ... END_OF_DOCUMENT_TOKEN_TO_BE_REPLACED

The United States of America is a destination most working professionals and travellers have on their list. Being one of the most visited countries in the world, it houses many tourist attractions, ... END_OF_DOCUMENT_TOKEN_TO_BE_REPLACED

When you were a kid, did you ever save quarters in a jar? Or set aside a portion of your allowance in a piggy bank for a big purchase, like a bicycle, a pair of designer shoes, or anything that mom ... END_OF_DOCUMENT_TOKEN_TO_BE_REPLACED

No matter where you are in your career, the potential of eventually retiring can be a daunting experience to think about. Are you saving enough for the future? If you are, when will you have enough ... END_OF_DOCUMENT_TOKEN_TO_BE_REPLACED