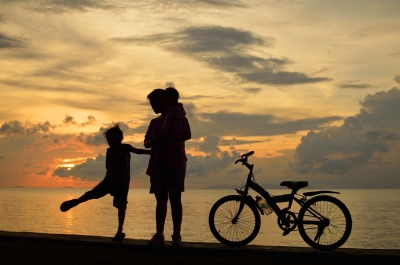 Now that you’ve retired, you might feel the need to have a change of scenery. You don’t want to retire to some place that’s anything less than awesome, so here are a few suggestions on amazing cities you should retire to.

Florida is a popular spot for retirees due to no retirement income tax, so it’s only natural that Daytona make the list. The city, which is home to half a million people, has a median home price of $108,900, making it an extremely affordable city to retire in. Thanks to its position near the Atlantic Ocean, it’s a popular spot for fishing. The weather in Daytona remains constant throughout the year, though it rains quite often.

This beautiful town by the ocean is fairly small and houses only 108,000 residents. There’s a ton of beach area, and many sail on boats or yachts in the marinas near Clearwater Harbor. There’s a plethora of bike trails and more golf courses than you can handle. Thanks to the economy, home prices have plummeted, so retiring to Clearwater is more affordable than ever, especially with an annuity. There are many different types of annuities. How do different types of annuities work, and is one type better than the other? That depends on your personal preferences. With an immediate annuity, you start receiving payments after your initial investment. Deferred annuities can be funded through a single premium or through adjustable payments over a period of time.

With a population of 980,000, Tucson is by no means a small city. The low income tax rates make Tucson a great place to retire, and social security benefits are income-tax exempt. They also exempt up to $2,500 of some government pensions. The cost of living is both well below the national average and other nearby cities like Phoenix. There’s more than 20 golf courses here, all of which are open year-round. There are many options for entertainment in Tucon, including symphonies, operas, and ballets.

New Hampshire is a popular choice for retirees thanks to the absence of income, sales, estate and inheritance tax. The cost of living is a little higher here, but health care is fairly cheap. This city is rich in culture and has several museums. It’s also within driving distance to Boston and New York.

This city, just like a few before it, also has no state income tax. Home to 471,000 people, Spokane has below-average living costs and Spring-like weather. In Spokane, there’s 76 lakes, five ski mountains, and 4,100 acres of city park. In addition, there are thousands of acres of cedar forests and state parks. The sales tax is fairly average, but groceries, prescription drugs, and other essential items are exempt from sales tax.

The costs for retirees in Knoxville is fairly low. There’s no state income tax, and the taxes per capita are $700 less than the national average. Knoxville is rich in local music and hosts an annual opera festival each year. The city contains more than ten golf courses, and it’s close to Blue Ridge Mountain and the Great Smoky Mountains National Park.

Bangor makes this list thanks to its low population of 149,600, and its low median home price of $110,400. The only downside to Bangor is that the winter can be brutal. The city has a ton of recreational and entertainment opportunities, and there’s a lot of hiking trails and biking paths. If you do retire to Bangor, make sure to bring a bike!

Home to 782,000, Grand Rapids is not a small city. There’s no state tax on social security, and the median home price is about $114,000. It’s not uncommon to find a house with three or four bedrooms for around $110,000. Similar to Bangor, the Winter season in Grand Rapids can be brutal, but the low housing costs and lack of social security tax lures retirees there.

By far the cheapest place to live on this list, the average median home price in South Bend is a shockingly low $82,500. There’s no state tax on social security. It’s a college town, thanks to Notre Dame, but the low housing costs and low property taxes make it an attractive option to retirees. Many opt to get rid of their car and just take the bus to get where they need to go. Most of the older looking houses have been replaced with newer, more affordable units.

If you’re not content with the place you’re living after you’ve retired, pack up your bags and head to one of these amazing cities. A change of scenery could be just what you need!

Planning for a secure financial future is a wise decision that you should make for your family. You need to be committed to building wealth and take charge of your money. By investing in the right ... END_OF_DOCUMENT_TOKEN_TO_BE_REPLACED

Cryptocurrency has become a popular investment option in recent years, as more people want to make profits from its white-hot rise. However, cryptocurrency investment is a risky endeavor. It is highly ... END_OF_DOCUMENT_TOKEN_TO_BE_REPLACED

Unsurprisingly, there are plenty of people out there jostling to help you spend your nest egg. All promise high returns, but not all that many deliver; in fact, you can quickly lose your super if ... END_OF_DOCUMENT_TOKEN_TO_BE_REPLACED

If you have recently taken up a position at a brand-new company and opened a 401k for the first time, you may be on the hunt for additional information when it comes to the various ways in which tax ... END_OF_DOCUMENT_TOKEN_TO_BE_REPLACED

Congratulations! You’ve worked hard this year. You made it through some tough days (or weeks or months). And now, if you’re lucky, you might end up with a holiday bonus. But before pocketing that ... END_OF_DOCUMENT_TOKEN_TO_BE_REPLACED

The United States of America is a destination most working professionals and travellers have on their list. Being one of the most visited countries in the world, it houses many tourist attractions, ... END_OF_DOCUMENT_TOKEN_TO_BE_REPLACED