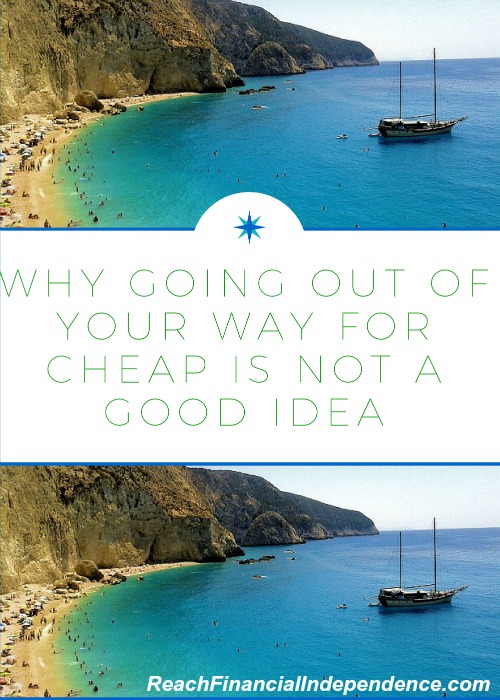 As I announced last week, I recently went to Cancún, Mexico in hopes to catch a cheap flight back to Europe and spend 6 weeks over there, riding my motorcycle with BF to Morocco. On a fine day, I was browsing for flights and saw a $150 flight from Cancún to Madrid, Spain on Pullmantur. Even with the $200 or so cost of a last minute flight from Spain to Paris, it was a steal. But in order to catch those deals, you have to pack the minute you see them and leave running to Mexico, since the flight is usually 48 hours later and that is an 18 hour trip at best. I don’t really mind the trip, I just plug in my music and watch the Belizean countryside, then sleep on the night bus in Mexico, so it was really worth it. IF I could find the deal again.

Very sure of myself, I decided to leave for Cancún anyway, in hopes the Sunday flight would eventually lower its price to $150. The company often discounts them, I saw no reason why not. On Saturday night, it was still over $1,000, one way. Sigh. And I had spent $50 to go to Cancún.That would have been the price of going to Guatemala City with BF, comfortably seated in his car with AC, no stops, only when we feel like eating or resting. Instead I took a total of 5 buses and crossed Belize under the pouring rain.

I had to get out on a certain day to renew my visa, hence the rush, and last minute flights from Guatemala are horribly expensive, so I was willing to take the risk and try a few travel agencies I know in Cancún who often have heavily discounted tickets in charter flights bringing back tourists from their all inclusive resorts. Last time I landed in Milan for $400. It is just about crossing the ocean and then there is always a way to Paris.

The lesson I have learned the hard way is if cheap is just in front of you, you may want to go for it. For example if you live in Madrid and feel like holidaying in Cancún, be ready to jump in one of those $150 flights, that is even cheaper than going to the Canary Islands. But it you live elsewhere, traveling to Spain, then from Cancún to your final destination reduces how much of a deal you get.

If everything worked out perfectly I would have spent

$350 round trip Madrid Paris last minute since you can’t book it in advance either, they usually are less than $80 each way

$100 round trip from Guatemala to Cancún including $30 visa to Belize, they charge you $15 even to cross the country for two hours…

$50 miscellaneous expenses to eat on the way or maybe find a cheap hotel room for a night if the flights are on the next day.

Last May, booking the flight a bit more in advance from Guatemala, I paid $1,100, landed in Provence where my bike was waiting for me, and did pay another $100 to BF for gas money to Guatemala City. Total: $1,200.

Is the hassle worth it for $300? Not really. There is also always the doubt that the deal won’t be available on the way back. Had Madrid been my final destination the cost would have been slashed to $450, making the $750 saving really worth it. Remember I don’t work and am taking a 60 days holiday so it is not vital that I leave on Friday after work, and Paris is my hometown so my mum won’t mind if I stay two more days before taking a flight. However it makes planning complicated, and crossing two borders even more.

In the end, I arrived in Cancún, went to the airport, where Pullmantur’s website proudly announced they had a booth where you could buy tickets, found out that was a big fat lie, that the flight was full and you could only buy tickets online anyway, and had to fly last minute on a regular airline, which you know is never cheap.

Total: $1,530 for a Delta flight via Atlanta and NY. At least I fly back to Guatemala, not Cancún.

It would still have been over $1,800 for a last minute ticket out of Guatemala so I saved a little bit but could have booked the flight a week in advance instead of trying my luck and paid about the same. Or made the decision back in April and paid $1,100 at most. Being impulsive, disorganized and stubborn with my cheap ways just cost me $500. But hey, I am in France!

Have you ever experience cheap being more expensive in the end?

This post was featured on the Financial Carnival for Young Adults, Yazekie Carnival, Eyes on the Dollar, My Wealth Desire, Carnival of Personal Finance, thank you!

Unsurprisingly, there are plenty of people out there jostling to help you spend your nest egg. All promise high returns, but not all that many deliver; in fact, you can quickly lose your super if ... END_OF_DOCUMENT_TOKEN_TO_BE_REPLACED

If you have recently taken up a position at a brand-new company and opened a 401k for the first time, you may be on the hunt for additional information when it comes to the various ways in which tax ... END_OF_DOCUMENT_TOKEN_TO_BE_REPLACED

Congratulations! You’ve worked hard this year. You made it through some tough days (or weeks or months). And now, if you’re lucky, you might end up with a holiday bonus. But before pocketing that ... END_OF_DOCUMENT_TOKEN_TO_BE_REPLACED

The United States of America is a destination most working professionals and travellers have on their list. Being one of the most visited countries in the world, it houses many tourist attractions, ... END_OF_DOCUMENT_TOKEN_TO_BE_REPLACED

When you were a kid, did you ever save quarters in a jar? Or set aside a portion of your allowance in a piggy bank for a big purchase, like a bicycle, a pair of designer shoes, or anything that mom ... END_OF_DOCUMENT_TOKEN_TO_BE_REPLACED

No matter where you are in your career, the potential of eventually retiring can be a daunting experience to think about. Are you saving enough for the future? If you are, when will you have enough ... END_OF_DOCUMENT_TOKEN_TO_BE_REPLACED