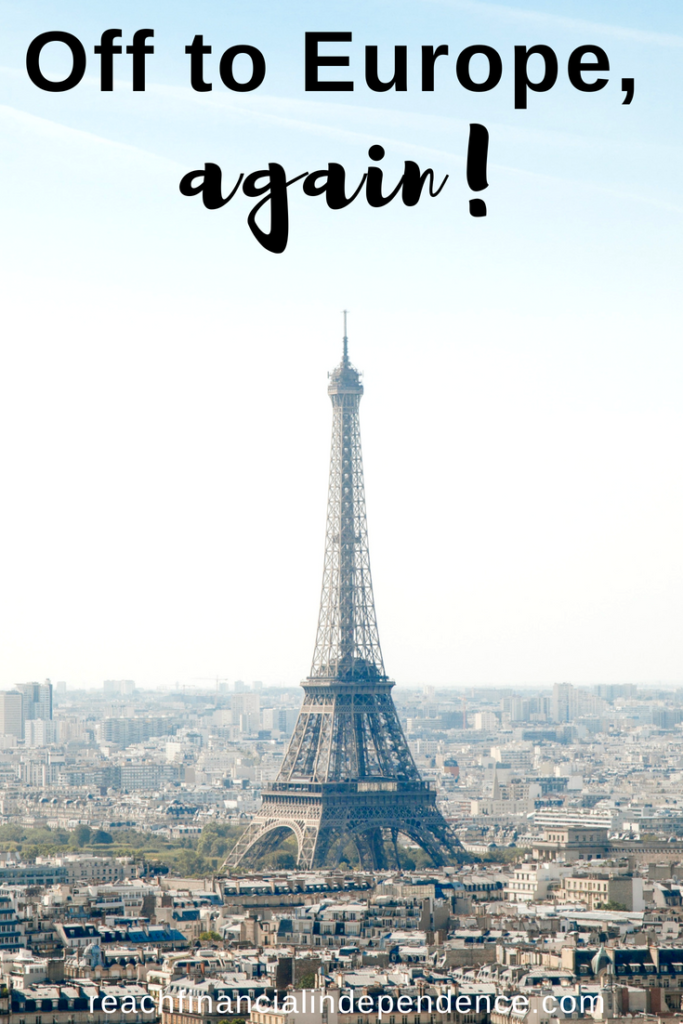 Hi there! I made a crazy decision a few days ago and instead of taking a short trip to the US in September, like I said was part of my financial goals for 2013, I’ll cross the ocean for the second time this year, and spend a couple of months in Europe!

I often randomly browse for flights and had been comparing the cost of going to Miami or NY to the cost of a last minute flight to Europe, when I saw a $150 flight from Cancún, Mexico to Madrid, Spain. There was just a slight problem… it was less than 48 hours from that moment, and I need 24 hours to go to Cancún without stress. You have to take a microbus to the Belizean border, cross Belize, cross the Mexican border and take a 6 hours bus to Cancún.

It was doable, but when I told BF who hates last minute surprises, he was not really happy. And in retrospect he was right, that was not enough time to leave arrangements for the house to be watched, the animals to be fed, and most importantly, a substitute to go check with my bureaucrat friends if there is any advancement on my attempt to subdivide our 90 acres land in 100. So I let the offer go, knowing there would be another flight a few days later.

When I saw another one 5 days later I tried to book it, for some reason my credit card didn’t work and the flight disappeared again! Now I don’t have a flight, but like last time may pay the high price and travel from Guatemala City.

Update: I made it to Paris! how and how much is for another post!

Going to Cancún costs about $120 round trip. You have to cross two borders which is the worst part of traveling but otherwise it’s not that much longer than going to Guatemala City. Then a $150 flight to Spain, and a $150 flight to Paris, $300. It is as expensive to go from Madrid to Paris as it is to cross the ocean from Madrid to Mexico because it is a last minute flights and European low cost companies have really high rates at the last minute. Assuming that on the way back you get the same deal, $600. Or a total of $720.

BF is joining me mid September and we are driving my motorcycle to Morocco!!!!! I am so excited I can barely stand myself! He is coming for 6 weeks, landing in Paris, we go off to the South of France directly, visit Bordeaux, the Basque Country, cross over to Spain, go to Santiago de Compostela on the North coast, go South to Portugal, put the bike on a ferry to Morocco, check out the Sahara and the amazing imperial cities, then go back to Spain on the other coast all the way to Barcelona, and up to Paris by the end of October.

As my usual disorganized self I have almost no posts in queue but still have two weeks before BF arrives to find something to talk about during that time, and you can expect some travel updates as well. If you would like to guest post here, on Make Money Your Way, or host the carnival of Financial Independence, just let me know, info at this domain dot com. See you!

What was the last crazy decision you made?

Planning for a secure financial future is a wise decision that you should make for your family. You need to be committed to building wealth and take charge of your money. By investing in the right ... END_OF_DOCUMENT_TOKEN_TO_BE_REPLACED

Cryptocurrency has become a popular investment option in recent years, as more people want to make profits from its white-hot rise. However, cryptocurrency investment is a risky endeavor. It is highly ... END_OF_DOCUMENT_TOKEN_TO_BE_REPLACED

Unsurprisingly, there are plenty of people out there jostling to help you spend your nest egg. All promise high returns, but not all that many deliver; in fact, you can quickly lose your super if ... END_OF_DOCUMENT_TOKEN_TO_BE_REPLACED

If you have recently taken up a position at a brand-new company and opened a 401k for the first time, you may be on the hunt for additional information when it comes to the various ways in which tax ... END_OF_DOCUMENT_TOKEN_TO_BE_REPLACED

Congratulations! You’ve worked hard this year. You made it through some tough days (or weeks or months). And now, if you’re lucky, you might end up with a holiday bonus. But before pocketing that ... END_OF_DOCUMENT_TOKEN_TO_BE_REPLACED

The United States of America is a destination most working professionals and travellers have on their list. Being one of the most visited countries in the world, it houses many tourist attractions, ... END_OF_DOCUMENT_TOKEN_TO_BE_REPLACED