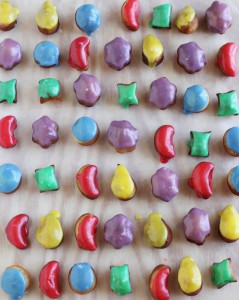 The King Digital Entertainment IPO, make of the uber popular game Candy Crush, is set to be one of the most watched public offerings of this year. Unlike some other tech companies, King makes money – and a lot of it. Along with booming revenue growth King can also boast an impressive 93 million daily users. But will investors be rewarded or disappointed when it lists on March 26th?

Overview Of King Digital Entertainment
King Digital entertainment is set to list on March 26 on the New York Stock Exchange using the ticker “KING”. The company will be offering a little over 15 million shares to the public. An additional 6.7 million shares are being made available by selling holders. The company is expected to list at between $21 to $24 – bringing in as much as $532 million.

What Is King Digital Entertainment?
King Digital entertainment produces social games and is the largest game developer on Facebook. Its most popular game is ‘Candy Crush’ which was launched on Facebook in April 2012. Candy Crush later released on mobile iOS and Android in November 2012. In the month following its release it was downloaded 10 million times. By January 2013 Candy Crush became the number one game on Facebook. King Digital entertainment now has 150 games published in over 14 languages. Despite this, Candy Crush still accounts for about three quarters of the revenue made by King. Two other gaming titles ‘Pet Rescue Saga’ and ‘Farm Hero Saga’ make up another 20% of sales.

Booming Revenue Growth At King
Since the first-quarter of 2012 revenue rose from $22 million to more than $600 million in the fourth quarter of 2013. The number of users at King are also significantly on the rise. In 2012, the company had only 80 million users, this had grown to 400 million by 2013.

Investors who were burned during the first internet bubble in the late 90s may be cautious about the new boom in tech IPOs–reasonably enough. However there are good reasons to believe that the situation may be different this time. Unlike the 90s tech boom many of these companies are based on solid fundamentals. This, combined with low interest rates and a steadily improving United States economy, are contributing to a healthy environment for tech related stocks.

Risks Involved With King Digital Entertainment
As noted above, just three games make up 95% of all of King Digital Entertainment’s revenues. Social games such as these are vulnerable to changes in taste and interest. This may be demonstrated by a recent drop in monthly unique users. Between the third and fourth quarter of 2013 the number of monthly unique users dropped from 13 million to 12.1 million. Other companies in the same space– such as Zynga– have struggled to replicate the success of their most popular titles. Indeed, since Zynga’s IPO in 2011 the stock price has halved.

Overall Recommendation
With the tech sector particularly hot right now and revenues booming at King there is a good chance that we will see the stock price ‘pop’ on its listing day. But with King’s sky high revenues already accounted for in the stock price and the difficulty in replicating the success of its flagship titles, it may be a much more risky stock pick for medium to long-term investors.

Planning for a secure financial future is a wise decision that you should make for your family. You need to be committed to building wealth and take charge of your money. By investing in the right ... END_OF_DOCUMENT_TOKEN_TO_BE_REPLACED

Cryptocurrency has become a popular investment option in recent years, as more people want to make profits from its white-hot rise. However, cryptocurrency investment is a risky endeavor. It is highly ... END_OF_DOCUMENT_TOKEN_TO_BE_REPLACED

Unsurprisingly, there are plenty of people out there jostling to help you spend your nest egg. All promise high returns, but not all that many deliver; in fact, you can quickly lose your super if ... END_OF_DOCUMENT_TOKEN_TO_BE_REPLACED

If you have recently taken up a position at a brand-new company and opened a 401k for the first time, you may be on the hunt for additional information when it comes to the various ways in which tax ... END_OF_DOCUMENT_TOKEN_TO_BE_REPLACED

Congratulations! You’ve worked hard this year. You made it through some tough days (or weeks or months). And now, if you’re lucky, you might end up with a holiday bonus. But before pocketing that ... END_OF_DOCUMENT_TOKEN_TO_BE_REPLACED

The United States of America is a destination most working professionals and travellers have on their list. Being one of the most visited countries in the world, it houses many tourist attractions, ... END_OF_DOCUMENT_TOKEN_TO_BE_REPLACED