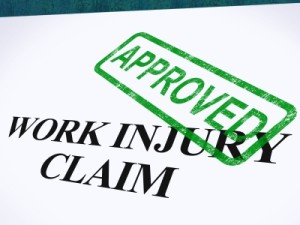 Staying in work is something millions of people are happy to settle for, especially in the current climate where many are out of work and struggling to find a job. Those fortunate enough to be in work will be happy to take home a wage at the end of every week/month, but what about their rights?

Aside from high unemployment, incomes are being squeezed by the rising cost of living, while many workers are being given either negligible pay rises or – in extreme cases – forced to take a pay cut. All this and more could give workers reason to fear for their futures.

Many employers struggling to cope with sluggish consumer demand for their services and products are left with little choice but to cut costs. One of the first things for the chop is the staffing budget, with millions of employees having to forgo a pay rise in order to stay in their roles.

In real terms, a pay freeze constitutes a pay cut, which impacts on morale and the ability of workers to do their jobs without stress. Knowing that paying the bills is going to be more difficult could have dire consequences for health and general well-being.

Cuts to health and safety

A basic right that every worker should enjoy is being able to work in a safe, secure environment free from hazards. However, some companies may have reduced their spending by dismissing staff such as cleaners who were there to ensure that their premises were clean and free from dangers to other workers’ health.

Workplace accidents in the UK happen from time to time, but in 2009/10, 233,000 reportable injuries occurred in the workplace. Health and safety is a necessity for every workplace irrespective of industry, location or the size of the company. Without it, the safety of workers is under threat.

In any workplace where health and safety is regarded as non-essential, the potential for accidents is high. Workers such as builders, joiners and electricians are more susceptible than most to being involved in accidents, especially if they’re not given the appropriate safety equipment by their employers.

Workers who suffer accidents on the job through no fault of their own may be able to make a claim for compensation against their employer. The reason for this is that after an accident comes serious injury which either temporarily or permanently impairs them, meaning they can’t work and earn a regular wage. This financial loss forms the basis of the vast majority of claims.

How a successful claim works

An example of workers filing a successful compensation claim on the no win no fee specialists first4lawyers’ website saw electricians take legal action after suffering electric shocks. This is a scenario which has been played out several times in the UK, and in the current climate could become more common if health and safety isn’t taken more seriously.

By prioritizing the safety of their workforces, companies could actually save themselves money. By guaranteeing that their workers won’t succumb to accidents, then they won’t have to pay out compensation in expensive legal battles.

Planning for a secure financial future is a wise decision that you should make for your family. You need to be committed to building wealth and take charge of your money. By investing in the right ... END_OF_DOCUMENT_TOKEN_TO_BE_REPLACED

Cryptocurrency has become a popular investment option in recent years, as more people want to make profits from its white-hot rise. However, cryptocurrency investment is a risky endeavor. It is highly ... END_OF_DOCUMENT_TOKEN_TO_BE_REPLACED

Unsurprisingly, there are plenty of people out there jostling to help you spend your nest egg. All promise high returns, but not all that many deliver; in fact, you can quickly lose your super if ... END_OF_DOCUMENT_TOKEN_TO_BE_REPLACED

If you have recently taken up a position at a brand-new company and opened a 401k for the first time, you may be on the hunt for additional information when it comes to the various ways in which tax ... END_OF_DOCUMENT_TOKEN_TO_BE_REPLACED

Congratulations! You’ve worked hard this year. You made it through some tough days (or weeks or months). And now, if you’re lucky, you might end up with a holiday bonus. But before pocketing that ... END_OF_DOCUMENT_TOKEN_TO_BE_REPLACED

The United States of America is a destination most working professionals and travellers have on their list. Being one of the most visited countries in the world, it houses many tourist attractions, ... END_OF_DOCUMENT_TOKEN_TO_BE_REPLACED