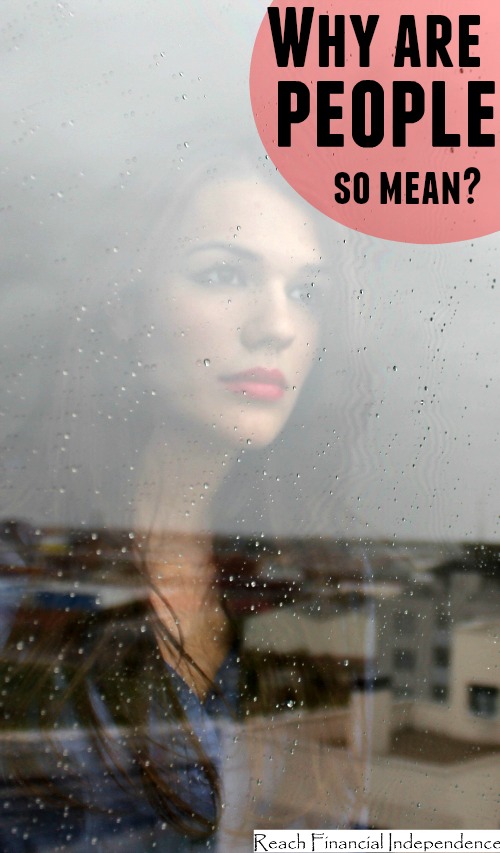 I have read J.D. Roth’s brilliant and moving article about his self-transformation over the years, starting back in primary school where he was bullied and labeled as a geek. He first lived happily among his little group of geeks before realizing that there was a hierarchy and geeks ranked right at the bottom.

That sent me back to my school years, and some memories of kids being really mean to each other.

I was not in the popular group, nor was I a geek back then. I was a bit of a loner, and people left me to my day dreams, as I was in the top 3 I was getting teacher’s approval but was not brown nosing so all in all, I was pretty transparent. But when I was in middle school, I tried to reach for the popular group. And instead of trying to rise, I tried to undermine other kids so that I would impose myself as superior. That was really mean, and stupid. This phase didn’t make me happier, to say the least, and when I got into high school the next year, I tried to be more of an extrovert, and made great friends.

I would never have gone anywhere by being mean. Like this song “Someday I’ll be big enough so you can’t hit me and all you ever gonna be is mean”.

This is really true, so transposed to the adult world, I don’t get why people have to be mean to each other.

I’m not a big Care Bear, nor a hippie preaching peace and love or anything. Some days I feel like not saying high with a smile to everyone that crosses my way. But I can’t be mean on purpose. And I have had people saying or doing mean things to me over and over again. Looking back, they never profited from it.

I believe on the other hand constructive criticism can help someone, heart felt advice too. What difference can you make saying to someone “look how fat you are, you are so ugly you should stay at home” and so on…? not much right? Now, what if you tell that same fat person “hey, it can’t be easy being overweight, what about we hit the gym together, you’ll have a hard time to start with but you’ll feel great in a few months!”

I wish people wouldn’t feel so insecure they’d have the need to ridicule and be mean to others.

Unsurprisingly, there are plenty of people out there jostling to help you spend your nest egg. All promise high returns, but not all that many deliver; in fact, you can quickly lose your super if ... END_OF_DOCUMENT_TOKEN_TO_BE_REPLACED

If you have recently taken up a position at a brand-new company and opened a 401k for the first time, you may be on the hunt for additional information when it comes to the various ways in which tax ... END_OF_DOCUMENT_TOKEN_TO_BE_REPLACED

Congratulations! You’ve worked hard this year. You made it through some tough days (or weeks or months). And now, if you’re lucky, you might end up with a holiday bonus. But before pocketing that ... END_OF_DOCUMENT_TOKEN_TO_BE_REPLACED

The United States of America is a destination most working professionals and travellers have on their list. Being one of the most visited countries in the world, it houses many tourist attractions, ... END_OF_DOCUMENT_TOKEN_TO_BE_REPLACED

When you were a kid, did you ever save quarters in a jar? Or set aside a portion of your allowance in a piggy bank for a big purchase, like a bicycle, a pair of designer shoes, or anything that mom ... END_OF_DOCUMENT_TOKEN_TO_BE_REPLACED

No matter where you are in your career, the potential of eventually retiring can be a daunting experience to think about. Are you saving enough for the future? If you are, when will you have enough ... END_OF_DOCUMENT_TOKEN_TO_BE_REPLACED