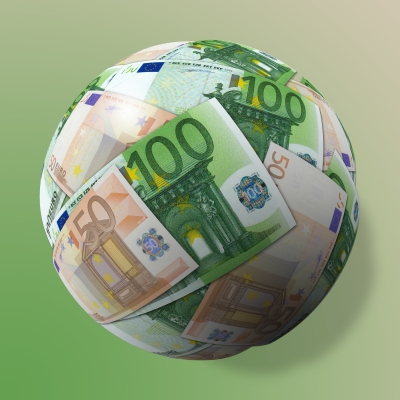 When moving money, costs fall into two simple categories: fees and the exchange rate. It’s crucial to check both out.

At HiFX we understand that the minefield of complications actually boils down to a very simple question… “How many Euros/Yen/Dollars will I get for my pounds, after all charges?”

I think we say that for anything over £10k it’s worth dealing offline as the timing of your transaction can save you additional money over and above the rate?  Or we say clearance rates are much poorer for amounts of over £10k via credit and debit card providers?

For most people the easiest and cheapest system has been to use one of the specialist cheap credit or debit cards. These let you pay for things overseas at the best possible exchange rate with minimum fees.

Who’s it suitable for?  This works when you or another UK resident need to spend money in shops or withdraw cash in another country. Typical examples include:

Most normal cards add a 3% ‘load’ on the exchange rate so £100 of foreign currency actually costs you £103. There are a few that don’t so we’ve focused on the best ones which give you access to the Visa/Mastercard wholesale rate, which are much cheaper than buying foreign currency. Plus unlike most cards, withdraw cash from an overseas ATMs and they’ve either no or low fees.

If you use one of the credit cards, ALWAYS set up a Direct Debit to pay it off in full each month. Do that and you won’t pay interest on any spending, but will pay a month’s interest on credit card cash withdrawals, yet this is almost negligible compared to the benefits.

There are three main options.

A few credit cards avoid most hidden charges and market themselves as specialist overseas plastic. Their hope is you’ll also use them in the UK where they’re not so competitive. Take the Abbey Zero card.  The only negative is its high 27.9% cash withdrawal interest rate, which you pay even if you clear the card in full. Yet as that’s roughly £2 for a month per £100, it’s still cheaper than the cash withdrawal fees on other cards.

Prepaid cards do exactly what they say on the tin; you load cash onto one, and then it can be used in shops and restaurants just like a debit or credit card.

While not quite as cheap as the specialist credit or debit cards, the vast majority are accepted by most shops which take the Maestro network (the substantial bulk) both in the UK and abroad. However they’re currently only available denominated in Euros or Dollars.

Their big advantage over cash is if you lose your card, for a fee of around £10 most providers will replace it, with all the funds in tact. Lose a wallet of Dollar bills in Times Square and it’s gone for good

A few cards also charge a monthly fee of a few quid simply for holding it; these very rarely work out as anything other than hideously expensive!

Many cards charge you for retail purchases (just buying something in a shop), or withdrawing money from an ATM. Both fees usually jump when done abroad.

Spending. Some cards levy a fee every time you spend, either a percentage of the amount, or a flat fee per transaction. If you make a high number of small purchases, go for a percentage fee; while those making fewer, higher value purchases should go for a set fee.

Withdrawing. All prepaid cards charge for using ATMs, usually £1.50 to £2.50 per cash withdrawal. You’d be better off just keeping the cash in a {Current Account}, or a Basic Bank Account if you struggle being accepted for credit, than paying for this privilege.

Prepaid providers want you to regularly use the card, racking up charges and boosting their profit. Therefore you’re often penalised if the card goes unused.

A number of banks allow you to transfer money to linked banks overseas without a fee; usually it’s simply the overseas version of the same banking group i.e if you and the person you want to send money to both open the accounts.

This is best for regular movements of money to people who stay in one country. Typical examples include:

A number of banks offer this service, they all work in different ways, and most importantly let you transfer to different countries.

There is one major point of difference though… one allows you to send money to anyone who holds an account with the same bank overseas, while frustratingly the other group require both the UK and the foreign account to be in YOUR name.

This fees free transfer service usually has a good exchange rate, adds no ‘load’ and is only marginally worse than the best plastic. In addition your money will usually arrive in the relevant account within five minutes. It works for 23 mainstream countries including the US, India, China, Germany and Australia (see a full list).

A number of banks also have relationships that allow you to send money without a fee at good exchange rates. However, both the UK account, and the one in the country you are sending to need to be in your name. This means it’s useful if you have a second home abroad and need to pay bills, but much less so for sending cash to friends and family.

To France and Italy. Barclays transfers to Barclays in France or Italy (if over £500 for a regular payment or over £1,000 for a one-off payment).

US, Australia and Hong Kong, and more. HSBC offers fees free transfer to 41 countries, but you need its Premier bank account (which means you need £50k savings or a £250k mortgage with HSBC, or £75k salary going into an HSBC account), so it’s not worth it unless you make a lot of transfers.

A number of companies offer transfer payments over the internet, either through e-commerce systems or simply by moving your money into someone else’s bank account.

This is generally suitable for non-urgent transfers of smaller amounts of money. Typical examples include…

The correct system depends on how much money you want to send. Online auction monolith eBay’s e-commerce payment system PayPal operates in 190 countries, in 18 currencies (see its list) and can be used for overseas money transfers. Both you and the recipient need an e-mail address (or just grab a free Gmail or Hotmail account) and to set up a free PayPal account.

Those who already use PayPal may have cash in it anyway. Newbies can simply add money via the credit card, debit card or bank account. The recipient then gets the money into their PayPal account.

Once it’s in their account, they can then either spend online instantly or in many North American, Western European and Australasian countries withdraw the money to their bank account, which takes three to nine days. A few other countries facilitate bank transfers too (see the full list).

PayPal exchange rates are similar to good bureaux de change rates (use the Travel Money Maximiser for a rough idea) which isn’t too bad.

If you’re sending to a country which doesn’t use one of the 18 currencies provided, always send the money in pounds as then the money will only need to be converted once not twice, reducing the cost.

Sending money is free with PayPal but the recipient is charged when receiving the money. The amount varies slightly country to country, but most are a similar scale of charges to UK recipients, which is 20p plus 3.9% of the value, e.g. on £30 it’s £1.37.

In some countries there’s also a fee for withdrawing cash to a bank account, yet again it’s small e.g. the UK fee is only charged for those withdrawing less than £50 and even then it’s only 25p.

When the amount you wish to transfer jumps to the ‘serious’ level, then the only players able to give a good rate are specialised Foreign Exchange (FX) brokers.

This method only really adds up for sending a few thousand pounds at least or making slightly smaller, but regular payments. It’s possible to use this method for smaller amounts too, but then it’s costlier.

When transferring larger sums, it’s important to remember that even small differentials in exchange rates can make an enormous difference.

Think about it… a 1% rate improvement on £100,000 is a £1,000 gain. So finessing the very best rate takes on even more significance.  That’s why it’s better to deal offline and talk through the various different options available to you

Stage 1. Ask your bank for a quote.

It’s rare your bank will actually be the best buy. However, it’s a very useful secondary benchmark and some have special facilities for existing customers, so it could come up trumps.

Stage 2. Use a specialist currency broker.

These are companies that buy and sell vast sums of foreign currency which allows them to offer excellent exchange rates because, even if they only make a small percentage profit on every pound, that soon adds up when you’re dealing in hundreds of millions of pounds.

Typically they offer within 1% of the ‘interbank rate’, whereas your bank will normally be up to 3% worse than that, equating to £3,000 for a £100,000 transfer. In addition, most don’t charge fees to send money, and the broker pays for any receiving fees, so all you pay is the margin they take via the exchange rate.

Unfortunately, the less you transfer, the worse the rates available get, meaning this is only worth it for high value money switching.

Planning for a secure financial future is a wise decision that you should make for your family. You need to be committed to building wealth and take charge of your money. By investing in the right ... END_OF_DOCUMENT_TOKEN_TO_BE_REPLACED

Cryptocurrency has become a popular investment option in recent years, as more people want to make profits from its white-hot rise. However, cryptocurrency investment is a risky endeavor. It is highly ... END_OF_DOCUMENT_TOKEN_TO_BE_REPLACED

Unsurprisingly, there are plenty of people out there jostling to help you spend your nest egg. All promise high returns, but not all that many deliver; in fact, you can quickly lose your super if ... END_OF_DOCUMENT_TOKEN_TO_BE_REPLACED

If you have recently taken up a position at a brand-new company and opened a 401k for the first time, you may be on the hunt for additional information when it comes to the various ways in which tax ... END_OF_DOCUMENT_TOKEN_TO_BE_REPLACED

Congratulations! You’ve worked hard this year. You made it through some tough days (or weeks or months). And now, if you’re lucky, you might end up with a holiday bonus. But before pocketing that ... END_OF_DOCUMENT_TOKEN_TO_BE_REPLACED

The United States of America is a destination most working professionals and travellers have on their list. Being one of the most visited countries in the world, it houses many tourist attractions, ... END_OF_DOCUMENT_TOKEN_TO_BE_REPLACED