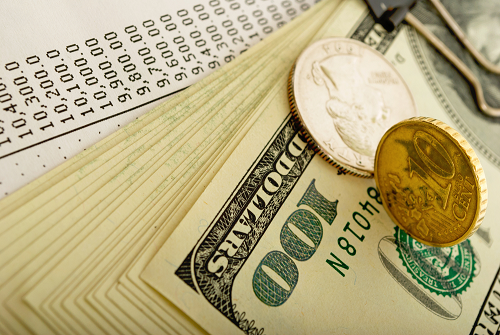 Most people invest in money market mutual funds to earn better returns than they earn in traditional bank accounts. They also have easy access to their cash without the volatility of securities. Before the financial crisis of 2008, most people thought that money market funds were safe investments. Then, the fall of Lehman Brothers “broke the buck.” SEC commissioners have finally passed some rules designed to prevent runs on money market funds. The changes should cause investors to rethink where they place their cash.

Why Did the Rules Change?

In 2008, a large money market fund called the Reserve Primary Fund reported that its share prices had dropped below $1 per share to 97 cents. Investors began to panic and pull out their money, causing the fund to put a seven-day freeze on redemptions. The Federal Reserve and the U.S. Treasury had to intervene so that investors could get their money if they chose to withdraw it, prompting widespread calls for reform. Eventually, the fund paid investors back at 99 cents on the dollar.

Money market mutual funds aren’t backed by FDIC protection, but they’re considered highly stable because they invest in many safe and highly liquid assets like government securities, asset-backed commercial paper and certificates of deposit. Unfortunately, the Reserve Primary Fund had also invested heavily in Lehman Brothers debt, and when the firm failed, the money market mutual fund went spiraling down with it.

Many corporations, government entities, institutional investors and others use money market mutual funds to process same-day transactions, and they also use money market funds for short-term financing. Many players not only in government but also in the business world (visit this page to learn more about getting an MBA) oppose the new rules handed down by the SEC.

The fixed net average value (NAV) was made possible because of the quality of money market fund investments, and valuing investments at $1 per share simplified accounting for investors. According to the new rules, institutional money market funds will switch from a fixed NAV to a floating NAV determined by asset values. Retail, government and certain tax-exempt municipal bond funds are exempt from having to float their NAVs.

The floating NAV might help investors to understand that money market mutual funds aren’t fixed investments, but it also creates many problems:

What to Do With Your Cash

If all investors race to the remaining fixed NAV money market funds, then these funds will get even closer to near-zero returns. Additionally, fixed NAV funds may start closing to new investors. Bank accounts and certificates of deposit have FDIC backing, but bank accounts increase transaction time, and certificates of deposit aren’t sufficiently liquid because of early withdrawal penalties.

Some companies, like PIMCO, offer passive funds and index ETFs that track benchmark securities. These options pose more risk than money market funds, but they still invest in high-value short-term securities, and they provide a better rate of return. Instead of dealing with the complexities of the floating NAV and the possibilities of fees and liquidity gates, investors might earn better returns while maintaining liquidity by choosing these short-term passive and index funds.

Planning for a secure financial future is a wise decision that you should make for your family. You need to be committed to building wealth and take charge of your money. By investing in the right ... END_OF_DOCUMENT_TOKEN_TO_BE_REPLACED

Cryptocurrency has become a popular investment option in recent years, as more people want to make profits from its white-hot rise. However, cryptocurrency investment is a risky endeavor. It is highly ... END_OF_DOCUMENT_TOKEN_TO_BE_REPLACED

Unsurprisingly, there are plenty of people out there jostling to help you spend your nest egg. All promise high returns, but not all that many deliver; in fact, you can quickly lose your super if ... END_OF_DOCUMENT_TOKEN_TO_BE_REPLACED

If you have recently taken up a position at a brand-new company and opened a 401k for the first time, you may be on the hunt for additional information when it comes to the various ways in which tax ... END_OF_DOCUMENT_TOKEN_TO_BE_REPLACED

Congratulations! You’ve worked hard this year. You made it through some tough days (or weeks or months). And now, if you’re lucky, you might end up with a holiday bonus. But before pocketing that ... END_OF_DOCUMENT_TOKEN_TO_BE_REPLACED

The United States of America is a destination most working professionals and travellers have on their list. Being one of the most visited countries in the world, it houses many tourist attractions, ... END_OF_DOCUMENT_TOKEN_TO_BE_REPLACED