According to the National Lottery website, 20% of the funding raised for Good Causes goes towards British Sport. This money helps to support a range of British sport, from grass roots community projects right up to Olympic athletes. In fact, since 1994 the National Lottery has raised over £6 billion for sport across the UK and you can find out more by visiting the Lottery Good Causes website. 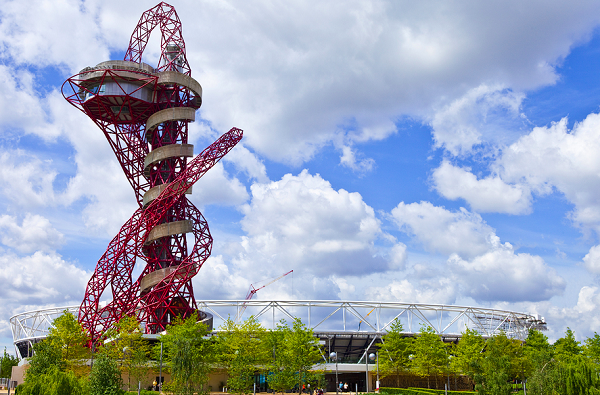 Sports projects that have benefitted from National Lottery funding include the Jubilee Sailing Trust and Carry A Basketball Not A Blade, (both of which were finalists for the 2014 National Lottery Awards). Whilst some of the projects focus on getting people healthy and active, others like Carry A Basketball Not A Blade and Street Football Wales, also have a social dimension. Whilst the latter helps to support people battling with mental health problems, alcohol and drug abuse and homelessness, the former raises awareness about gang culture and knife crime in one of London’s most disadvantaged areas.

And as well as helping local and national sport projects, the funding is also used to invest in facilities such as tennis courts, swimming pools and football pitches across the UK. In March 2013, a new three year plan for national grassroots football facilities was confirmed by National Lottery distributor Sport England, in which they pledged to improve 3000 natural football pitches and build 150 artificial ones.

In addition to supporting national projects to encourage communities to get more active, National Lottery funding also plays a big role in preparing British athletes for international sports competitions like the Olympic and Paralympic Games. Last year, in an interview with the Sun newspaper, Sir Chris Hoy credited the Lottery funding he received as being crucial to his career success. The six time Olympic gold medalist was given National Lottery Good Causes funding in 1997 as part of a scheme to support Britain’s most promising sportsmen. The £10,000 grant he initially received enabled him to cover living costs so that he could concentrate on his training and since then he has continued to receive financial support towards his coaching and living costs.

Planning for a secure financial future is a wise decision that you should make for your family. You need to be committed to building wealth and take charge of your money. By investing in the right ... END_OF_DOCUMENT_TOKEN_TO_BE_REPLACED

Cryptocurrency has become a popular investment option in recent years, as more people want to make profits from its white-hot rise. However, cryptocurrency investment is a risky endeavor. It is highly ... END_OF_DOCUMENT_TOKEN_TO_BE_REPLACED

Unsurprisingly, there are plenty of people out there jostling to help you spend your nest egg. All promise high returns, but not all that many deliver; in fact, you can quickly lose your super if ... END_OF_DOCUMENT_TOKEN_TO_BE_REPLACED

If you have recently taken up a position at a brand-new company and opened a 401k for the first time, you may be on the hunt for additional information when it comes to the various ways in which tax ... END_OF_DOCUMENT_TOKEN_TO_BE_REPLACED

Congratulations! You’ve worked hard this year. You made it through some tough days (or weeks or months). And now, if you’re lucky, you might end up with a holiday bonus. But before pocketing that ... END_OF_DOCUMENT_TOKEN_TO_BE_REPLACED

The United States of America is a destination most working professionals and travellers have on their list. Being one of the most visited countries in the world, it houses many tourist attractions, ... END_OF_DOCUMENT_TOKEN_TO_BE_REPLACED