Unless you live in a cave like I usually do, you have heard about the tragic killings in Paris a couple of days ago. Armed people came into satiric left wing newspaper Charlie Hebdo’s headquarters during their editorial meeting and killed twelve people, including two policemen on the way out.

The response has been one of shock, as you can see from my FB feed turned black in a matter of just a few hours 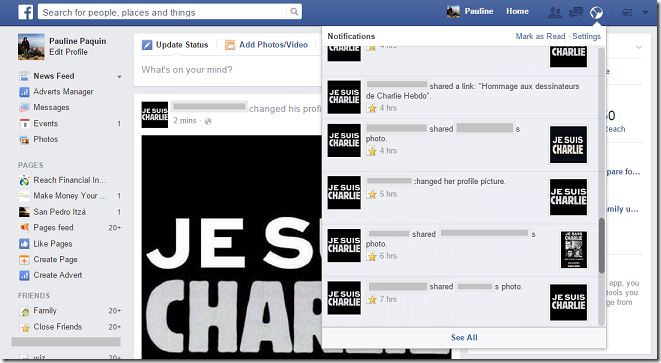 People gathered in the streets with #jesuischarlie (I am Charlie/I follow Charlie) banners and holding pens representing their freedom of expression.

In Madrid, where I am at the moment, hundreds of people stood silently for hours in front of the French Embassy. Even Times Square was mourning 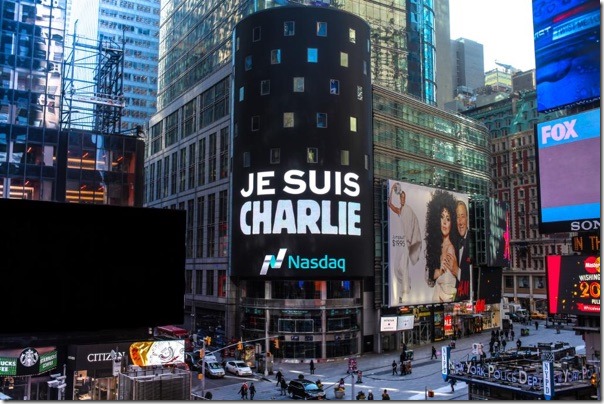 I am not one for politics, as a matter of fact I have never voted in my life, I don’t think it would be fair to have a voice somewhere I haven’t lived for the past 12 years, and I rarely talk about my relationship to my home country either. But the attacks have touched so many things I felt the urge to do so. They have attacked one thing we hold sacred in France, our freedom. 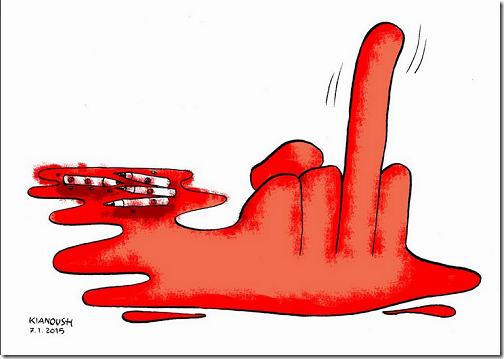 You see, our motto is Liberté, Égalité, Fraternité. Liberty, Equality, Fraternity. We put freedom first, always. Then equality, and fraternity. The values of the Republic keep you with a strong identity as a French person. Even first generation born migrants feel like they are French. Unlike the US or the UK, in France you won’t see a Little Italy, or an Indian neighborhood. Not even a Portuguese one, and there are over a million of them in France. There is a small Chinatown in Paris but that’s it. The rest of our migrants have melted quickly. It is just something you learn at school. You’re part of it. We don’t translate official forms in 36 languages, we don’t do special treatment to get into college for minorities, we just give you the opportunity to become French and act like one.

So even when you leave, you still feel very strong ties to France and its freedom. After spending a third of my life abroad, I still belong there. I love Guatemala, my home is there, but people never made the effort the French do in integrating foreigners as part of their own. I am comfortable in Guatemala, but people still stare as I am a foot taller than the average person, they still ask sometimes offensive questions. The French just suck you in as long as you respect their values.

And the value we hold highest, our freedom, was attacked, so instead of bending our heads and being resilient, we stood up and got defiant.

Like someone tweeted “Hey dummies, we are millions of people with a crappy sense of humor in a newsroom called the Internet, good luck getting to us!” 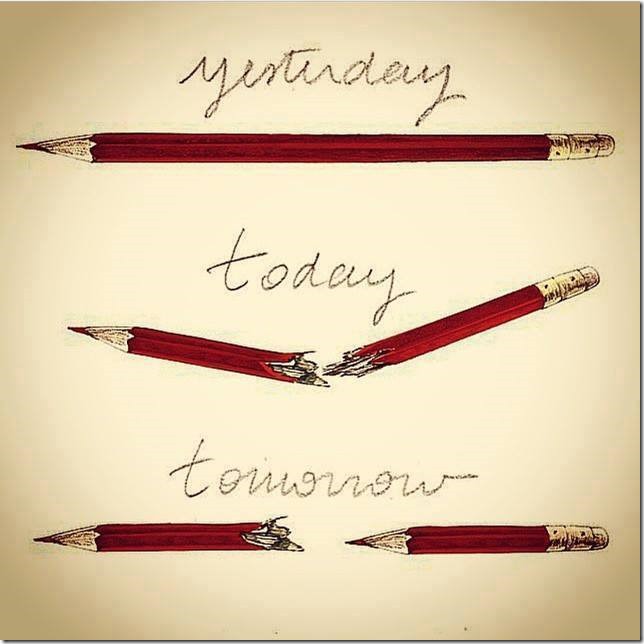 I feel hurt because they hit my hometown, the city I am about to fly to in a few days, they hit people who like me make a living expressing their thoughts and begging other people to challenge the status quo and stop being resilient sheep, they hit policemen who could have been my friends or family members, and thankfully weren’t on duty that day.

I can’t do much but for once I can use this blog to keep spreading the word and support freedom of speech, as I would hate to see uniformity all around. RFI has always been about being different from the crowd, and today another flock of loud speaking weirdos has been hurt, I may not share their opinions, but it hurts as much as if our little online bubble had been the target, since they were killed for saying out loud being different was okay.

Planning for a secure financial future is a wise decision that you should make for your family. You need to be committed to building wealth and take charge of your money. By investing in the right ... END_OF_DOCUMENT_TOKEN_TO_BE_REPLACED

Cryptocurrency has become a popular investment option in recent years, as more people want to make profits from its white-hot rise. However, cryptocurrency investment is a risky endeavor. It is highly ... END_OF_DOCUMENT_TOKEN_TO_BE_REPLACED

Unsurprisingly, there are plenty of people out there jostling to help you spend your nest egg. All promise high returns, but not all that many deliver; in fact, you can quickly lose your super if ... END_OF_DOCUMENT_TOKEN_TO_BE_REPLACED

If you have recently taken up a position at a brand-new company and opened a 401k for the first time, you may be on the hunt for additional information when it comes to the various ways in which tax ... END_OF_DOCUMENT_TOKEN_TO_BE_REPLACED

Congratulations! You’ve worked hard this year. You made it through some tough days (or weeks or months). And now, if you’re lucky, you might end up with a holiday bonus. But before pocketing that ... END_OF_DOCUMENT_TOKEN_TO_BE_REPLACED

The United States of America is a destination most working professionals and travellers have on their list. Being one of the most visited countries in the world, it houses many tourist attractions, ... END_OF_DOCUMENT_TOKEN_TO_BE_REPLACED