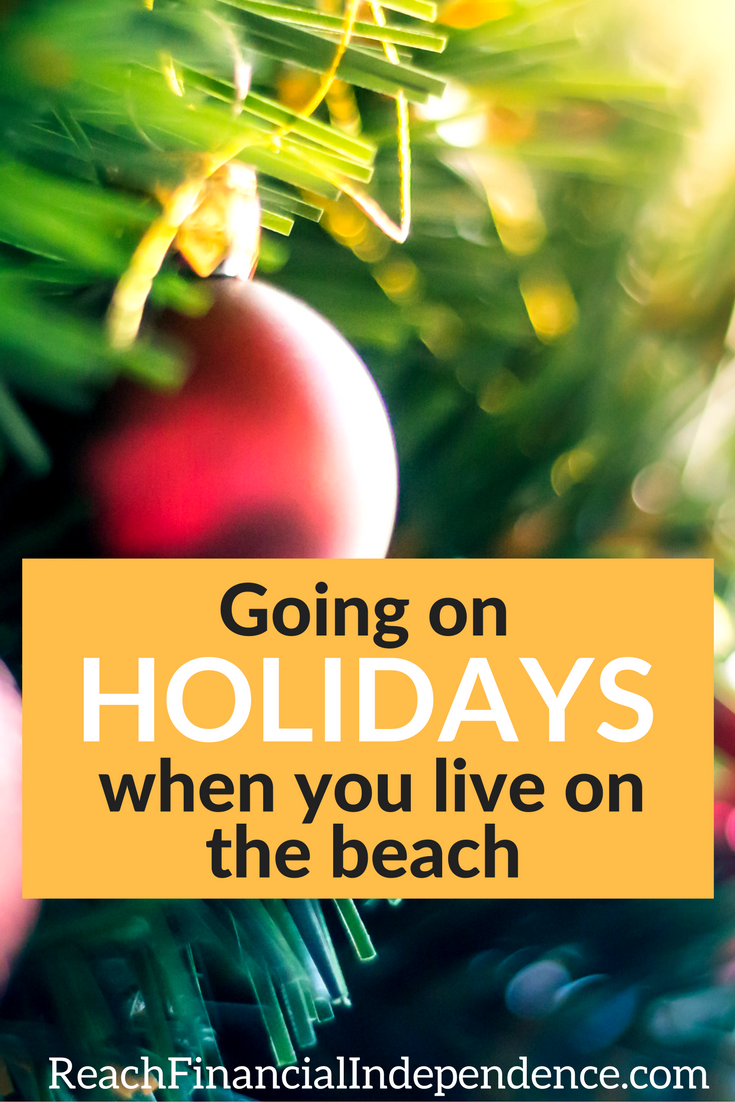 When it comes to holidays, I am a pretty spoiled girl. I live on the beach, in a spring-like weather country that many are dying to go on holidays to. My hometown is Paris, capital of the country that receives the most tourists in the whole world. So when we went to a tropical island in Belize for new year, a destination honeymooners rave about all the time, close to the world’s second biggest reef barrier after Australia, I was happy to go, but not really impressed. See, at home I actually charge people to come holiday in my little guest house. They happily fork out $100 a night to get to be me for 24 hours. 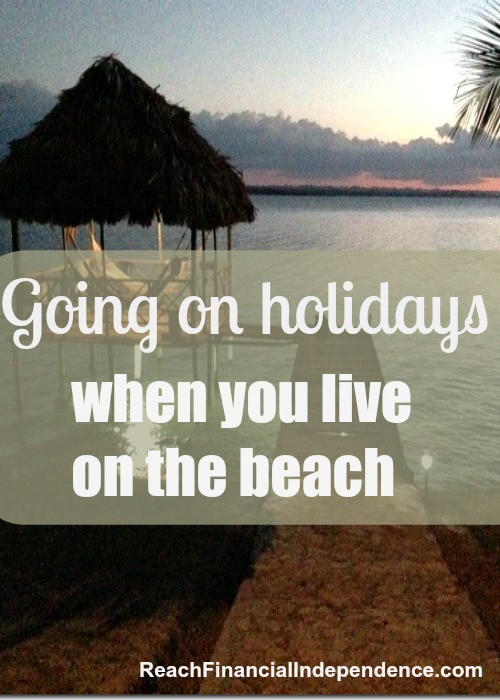 In Belize, it was like I was seeing the whole thing from a new angle: that of one who lives full time in a holiday destination. I saw the cheap, temporary solutions they offer to cater to tourists, so they can close them six months a year, while they try to make a living during the other six by overcharging for everything. I already disliked holiday destinations for that, people trying to make off you in one season enough for them to live for the full year.

I get that prices may seem cheap from a US or Europan point of view, but when you live in the country next door, you get a rough idea of what things cost, and being charge 5 times more is hard.

I still decided to try to make the most of it. I’d go for early morning runs around the island, which was nice, but then I thought the island would have sandy beaches and there were mostly decks like I have at home, the water was dirty, is was the sea so you had to shower after to get rid of the salt, when at home it is clear water, and you had to run to the breakfast place to be served in a timely manner before they got their morning rush. At home, we’d eat whenever we please with a panoramic view over the lake.

I guess this holiday made me realize how lucky I am to have my own beach and little holiday paradise, but when it comes to picking up the next holiday destination, I come up pretty empty. I like to be home now. I used to love traveling on a budget, eating food on markets, camping or sleeping in basic hotels, and now that we went on a 3 days trip to Belize that cost more than 2 weeks on the road, with a nice hotel and three meals a day in restaurants, I don’t really see the value in it, as I got better quality at home.

Since I know I’ll get the travel bug again sooner or later, the next destinations may be:

Skiing. Something I haven’t done in a while and radically different from what I get here. Snow sports are fun, it is a healthy holiday where you come back exhausted at night and enjoy the fresh air.

Somewhere cold. Every time I go to Guatemala City, temperatures drop about 10 degrees Celsius (30F), and it feels really good to leave the heat for a while. Somewhere cold would be nice, not too cold unless there is skiing involved, but where you enjoy a feather duvet at night and a sweater by day.

A city break. I quite enjoyed going to Miami after that as we would go shopping for things unavailable in Guatemala (100% cotton underwear, needed for the heat) or overpriced (I got a new laptop), and it was nice to spend two weeks in one city, after traveling around Europe for 6 months and changing city every 2-3 days.  We discussed going to NY and Boston.

A European road trip. I get to see my family for a while, then grab my motorcycle and go riding for a while. I miss riding bikes, and there are lots of cool cities all around Europe to visit. Talks have been about Ireland and Scotland, although I am more partial to Spain or Southern Italy.

A diving trip. If we are going back to the beach, the only thing that would keep me entertained is diving. Maybe passing one more PADI exam, and diving twice a day. That is pretty much what would make it worth my while, otherwise I’ll stick with my lake, thank you.

After you felt like slapping me in the face for being so spoiled, do you think you’d get bored on the beach if you lived by the water all year long? Would you house swap with me?

Unsurprisingly, there are plenty of people out there jostling to help you spend your nest egg. All promise high returns, but not all that many deliver; in fact, you can quickly lose your super if ... END_OF_DOCUMENT_TOKEN_TO_BE_REPLACED

If you have recently taken up a position at a brand-new company and opened a 401k for the first time, you may be on the hunt for additional information when it comes to the various ways in which tax ... END_OF_DOCUMENT_TOKEN_TO_BE_REPLACED

Congratulations! You’ve worked hard this year. You made it through some tough days (or weeks or months). And now, if you’re lucky, you might end up with a holiday bonus. But before pocketing that ... END_OF_DOCUMENT_TOKEN_TO_BE_REPLACED

The United States of America is a destination most working professionals and travellers have on their list. Being one of the most visited countries in the world, it houses many tourist attractions, ... END_OF_DOCUMENT_TOKEN_TO_BE_REPLACED

When you were a kid, did you ever save quarters in a jar? Or set aside a portion of your allowance in a piggy bank for a big purchase, like a bicycle, a pair of designer shoes, or anything that mom ... END_OF_DOCUMENT_TOKEN_TO_BE_REPLACED

No matter where you are in your career, the potential of eventually retiring can be a daunting experience to think about. Are you saving enough for the future? If you are, when will you have enough ... END_OF_DOCUMENT_TOKEN_TO_BE_REPLACED