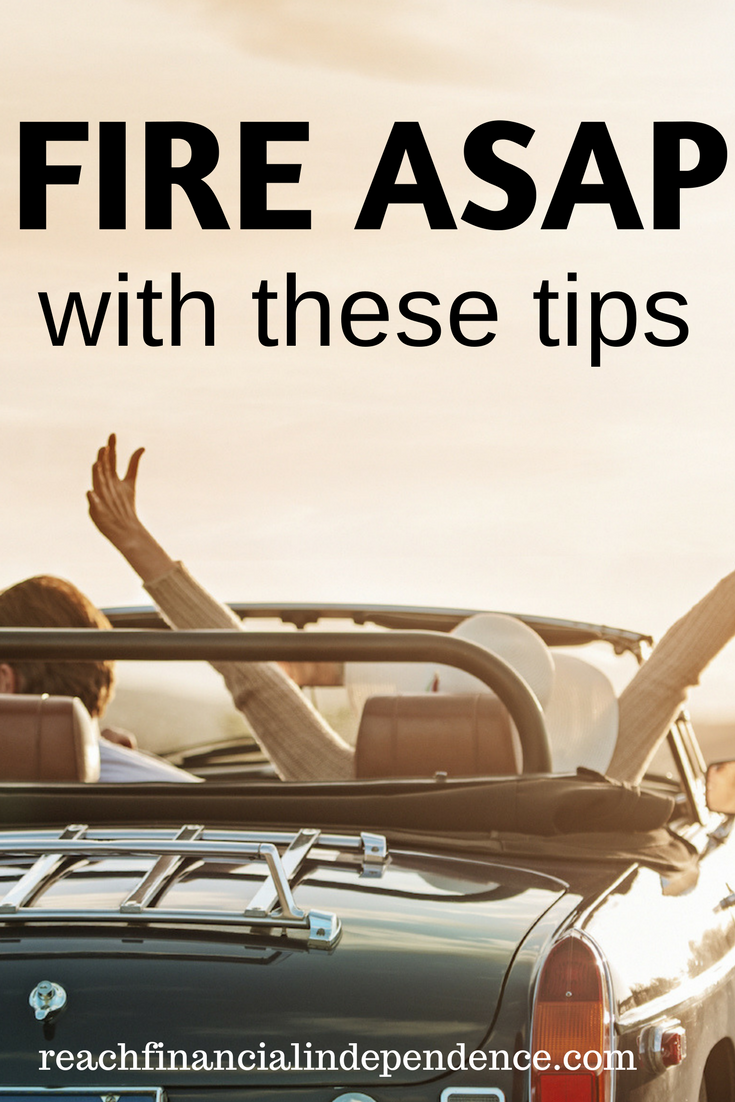 The road to financial independence is fraught with problems. Your friends and family don’t understand. Most people don’t advertise that they’re on the FIRE-track. How can you find people to share information with in order to grow your nest egg quickly?

It’s hard to be FIRE, and it’s even harder to do so on anything close to a minimum wage income. The first step for anyone hoping to be financially independent is to find a well-paying job. This job doesn’t have to be your dream job – it just has to be well-paying enough that you can save more than 50% of your income.

If you can’t quite manage to save 50% of your income because your housing expenses are too high, seriously consider moving somewhere cheaper. Ask if you can work from home a few days a week and move somewhere really inexpensive. If you can buy a parcel of land, live in a small home and only have to go into the office a few days a week, the increased commute can be justified by the significant cost savings.

Many FIRE people will tell you that starting a business is the only way to truly be financial independent. This advice is only partly true – although you can end up financially independent very quickly, you will become dependent on your business, negating the goal of freedom that being FIRE entails.

If you really want to start a business, consider getting a business line of credit as soon as you can. Using someone else’s money to fuel your business means you’re able to grow faster (and get richer) than your competitors.

Being FIRE is hard. It’s hard to get to the stage where you can say “yes, I am now financially independent and can retire early.” It’s also hare to actually say those words and stop working entirely. Despite the struggle, no one gets to the end of the FIRE-race and wishes they had spent more money and saved less.

Planning for a secure financial future is a wise decision that you should make for your family. You need to be committed to building wealth and take charge of your money. By investing in the right ... END_OF_DOCUMENT_TOKEN_TO_BE_REPLACED

Cryptocurrency has become a popular investment option in recent years, as more people want to make profits from its white-hot rise. However, cryptocurrency investment is a risky endeavor. It is highly ... END_OF_DOCUMENT_TOKEN_TO_BE_REPLACED

Unsurprisingly, there are plenty of people out there jostling to help you spend your nest egg. All promise high returns, but not all that many deliver; in fact, you can quickly lose your super if ... END_OF_DOCUMENT_TOKEN_TO_BE_REPLACED

If you have recently taken up a position at a brand-new company and opened a 401k for the first time, you may be on the hunt for additional information when it comes to the various ways in which tax ... END_OF_DOCUMENT_TOKEN_TO_BE_REPLACED

Congratulations! You’ve worked hard this year. You made it through some tough days (or weeks or months). And now, if you’re lucky, you might end up with a holiday bonus. But before pocketing that ... END_OF_DOCUMENT_TOKEN_TO_BE_REPLACED

The United States of America is a destination most working professionals and travellers have on their list. Being one of the most visited countries in the world, it houses many tourist attractions, ... END_OF_DOCUMENT_TOKEN_TO_BE_REPLACED