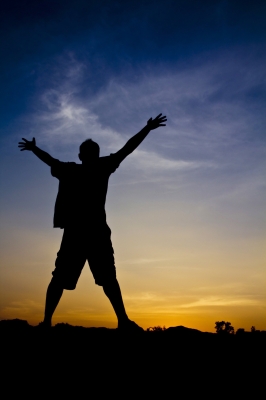 It’s natural for people to crave financial independence and for many people, it’s one of the most important things in their lives.  For others, however, it’s a little more difficult and some people just aren’t sure where to start.  While financial success won’t happen overnight, there are simple steps to take in order to get you in the right direction.

Before you can take your finances to the next level, it’s important to understand what you’re spending versus what you’re bringing in as without this information, you’ll be flying blind through the entire process.  Calculating necessities and bills against your income is a good start, but to get an accurate reading, you’ll need to look at your bank statements for the last few months.

By looking at the details of a few months’ worth of expenses, you’ll be able to see patterns in your spending habits and this is the most important aspect.  A lot of people tend to spend money on trivial items without even realizing it and they’re often surprised when they go through their bank records to discover just how much they’re spending on coffee or eating away from home.  Seeing these things in front of you will help you combat them and hopefully break any bad habits you’ve picked up.

Once this information has been established, it’s time to set a budget.  A budget will be different for everyone, but in general, the idea is to cut back on spending money on unnecessary things to put more money elsewhere.  By putting this money into savings or paying extra on your debt, you’ll find that your financial success will come much quicker and it’s typically much more satisfying than that morning coffee.

Along with creating a workable budget, you should look to see if there is any money that can be saved in other areas of your finances.  If you’d like to save more money on your utility bills, investing in some energy efficient lights such as those from Maxlite will drastically reduce how much you spend on electricity each month.  If you find you’re spending a lot of money on gas, try to pinpoint why this might be.  If you’re making extra trips to the store or running out every time you need one thing, consider bulking up your errands so you can run them all at once.  Grabbing the groceries, going to the post office, and heading to the Laundromat could probably all be done at once for the most part and once you get into this habit, you’ll see you’re saving quite a bit on gas each month.

Paying down debt will understandably be the most difficult part of achieving financial independence, but it’s certainly doable.  Once the budget has been set, commit to paying a certain amount off your debt each month and stick to it.  The longer the debt sits, the more interest it will accrue, which means more money out of your pocket for not really any reason, and this could be avoided if you raise the payments you make each month.  This will also eliminate the stress of having those debts weighing on your shoulders, which will make your path toward financial freedom that much more rewarding.

The most important part to remember about financial independence is that it takes time and effort on your part in order for it to really take hold.  Every budget or habit that you put into place has to be committed to month after month and while it might be hard in the beginning, you’ll find that it will feel much better once you get into the swing of things.

Planning for a secure financial future is a wise decision that you should make for your family. You need to be committed to building wealth and take charge of your money. By investing in the right ... END_OF_DOCUMENT_TOKEN_TO_BE_REPLACED

Cryptocurrency has become a popular investment option in recent years, as more people want to make profits from its white-hot rise. However, cryptocurrency investment is a risky endeavor. It is highly ... END_OF_DOCUMENT_TOKEN_TO_BE_REPLACED

Unsurprisingly, there are plenty of people out there jostling to help you spend your nest egg. All promise high returns, but not all that many deliver; in fact, you can quickly lose your super if ... END_OF_DOCUMENT_TOKEN_TO_BE_REPLACED

If you have recently taken up a position at a brand-new company and opened a 401k for the first time, you may be on the hunt for additional information when it comes to the various ways in which tax ... END_OF_DOCUMENT_TOKEN_TO_BE_REPLACED

Congratulations! You’ve worked hard this year. You made it through some tough days (or weeks or months). And now, if you’re lucky, you might end up with a holiday bonus. But before pocketing that ... END_OF_DOCUMENT_TOKEN_TO_BE_REPLACED

The United States of America is a destination most working professionals and travellers have on their list. Being one of the most visited countries in the world, it houses many tourist attractions, ... END_OF_DOCUMENT_TOKEN_TO_BE_REPLACED