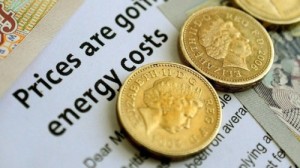 With announcements that the last of the Big Six energy companies is to up its prices, it might be expected that many Brits will be looking to switch providers in the next few months – especially when the biggest bill of the year, following the winter period, will be landing on doormats across the country a few weeks from now.

One of the biggest problems for people wanting to change providers has previously been the difficulty to understand exactly which tariff is the best for any particular household or property. Energy comparison sites have proven invaluable for many businesses trying to stay ahead of the price hikes, and avoid paying over the odds for their gas and electricity each winter.

New government legislation looks set to make it easier still, with plans to make it mandatory for all customers to be placed on the cheapest tariff available to them within the next year and a half. This should make everything that little bit simpler for both home and business customers, though the plans also have the potential to cause the cheapest tariffs on offer at the moment to disappear.

A spokesperson for energy comparison experts Make It Cheaper, who have been for a number of years, said: “The truth is that consumers could have been saving on their bills all this time. The government doesn’t need to intervene for that to happen. In fact, there’s a danger that their intervention, well meant as it is, will deprive some energy consumers of the best deals that would have otherwise been available to them. What hasn’t yet been done – but should clearly have been given priority – is the need for government to set realistic targets for what it considers to be acceptable levels of engagement (i.e. switching). If it then fails to meet these targets, it has a much clearer justification for encouraging this type of behaviour by flagging up how to find cheaper tariffs on consumers’ bills.”

Planning for a secure financial future is a wise decision that you should make for your family. You need to be committed to building wealth and take charge of your money. By investing in the right ... END_OF_DOCUMENT_TOKEN_TO_BE_REPLACED

Cryptocurrency has become a popular investment option in recent years, as more people want to make profits from its white-hot rise. However, cryptocurrency investment is a risky endeavor. It is highly ... END_OF_DOCUMENT_TOKEN_TO_BE_REPLACED

Unsurprisingly, there are plenty of people out there jostling to help you spend your nest egg. All promise high returns, but not all that many deliver; in fact, you can quickly lose your super if ... END_OF_DOCUMENT_TOKEN_TO_BE_REPLACED

If you have recently taken up a position at a brand-new company and opened a 401k for the first time, you may be on the hunt for additional information when it comes to the various ways in which tax ... END_OF_DOCUMENT_TOKEN_TO_BE_REPLACED

Congratulations! You’ve worked hard this year. You made it through some tough days (or weeks or months). And now, if you’re lucky, you might end up with a holiday bonus. But before pocketing that ... END_OF_DOCUMENT_TOKEN_TO_BE_REPLACED

The United States of America is a destination most working professionals and travellers have on their list. Being one of the most visited countries in the world, it houses many tourist attractions, ... END_OF_DOCUMENT_TOKEN_TO_BE_REPLACED