Since I started Make Money Your Way mid 2013, I took a pledge to give 10% of my blogging income to support children education in my village. As you may have read in a previous update about the project, I gave two scholarships to the best two students of middle school so they can go to high school 150 miles away for the next three years.

July has been a great month, as we have received a fantastic parcel from a New York teenager who wanted to help. Her dad said he would match her donations, so she saved hard from her part time job to send a big bag of school supplies over to us. 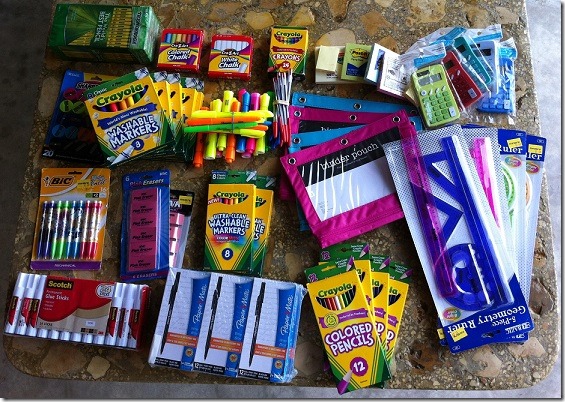 She also sent her old laptop which has been a perfect addition to the computer project. 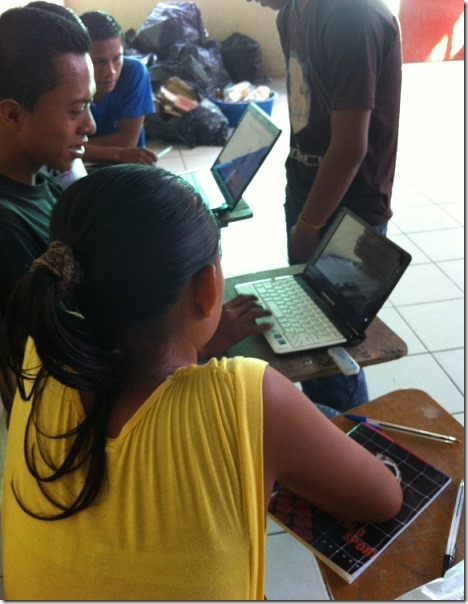 July was expensive because I paid for more internet classes and data than usual. The kids were partly off from school, so they were allowed to watched music clips and play online games, which sucked a lot of data. I also had my brother over, so he was able to provide more hours of computer classes than usual, with the Spanish girl who usually teaches as a backup.

The kids love the computer project, and at the moment I pay the girl 12 hours per week to supervise 4-5 kids per hour. They learn how to make powerpoint presentations about the local fauna, do speed search contests where she asks a question and the first one to find the answer on Google wins, and the smaller ones play educational games to learn how to manage the mouse and other basic tasks.

Over 50 kids benefit from it each week, and having an extra computer will allow 12 more kids to get their weekly hour of computer.

Every time they go to computer class, they go back home with a book, and bring it back the next time. They love reading so much, some of they have already read all the 100+ books I got them! So I bought some more. The cost of books is still very high, so maybe next time I go to Miami or Mexico I’ll try to bring some. I had bought comics mostly last time so this time I bought fairy tales to encourage girls reading. 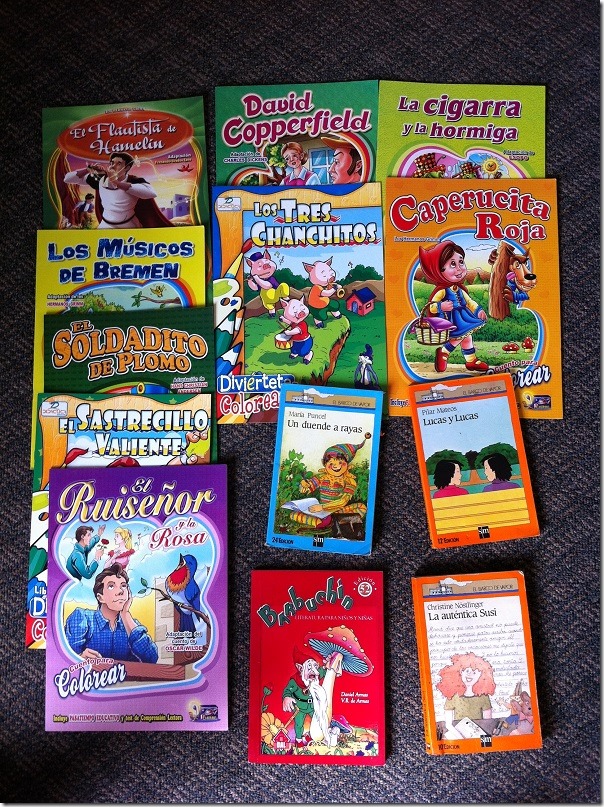 As the school year was already half way through, I decided to give the school supplies I received to an orphanage two hours away. The place is called Ahicam and provides a safe place to kids placed by a judge after being taken from an abusive home. Some other kids are orphans, and some of the foster girls who are only 11 or 12 come there pregnant (sometimes from a much older family member to make matters worse) so there are babies too.

The couple who runs the place recently got donated a well dug by the engineers who dug mine, as I explained we paid for the well and with the profits they dig free wells for people who are in need. So that is how I heard about their projects and decided to help.

Before getting there, I bought four stacks of 500 sheets of paper so the kids could draw, thinking they may not have paper, which they did not, I also added to the donation 50 or so notepads, and about a hundred pens and pencils. 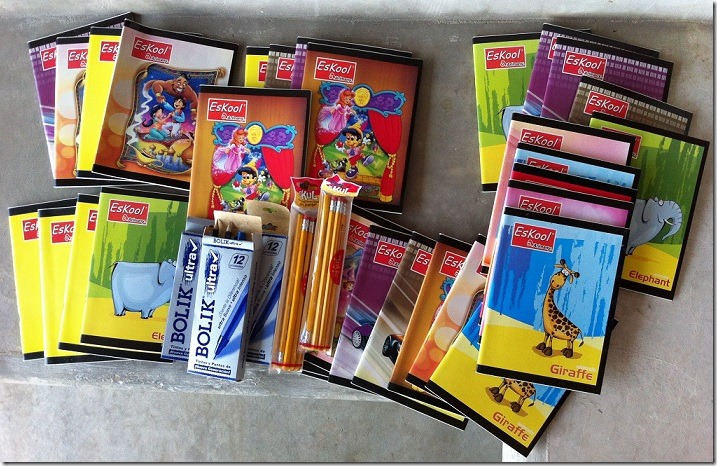 I also bought the kids around 50 stuffed animals, for a couple of dollars each at the paca, the local second hand store. I wanted to buy some toys too but the choice was limited, and for the $100-ish I spent on stuffed animals, I would have had only a few bad quality made in China games at the regular toy store. 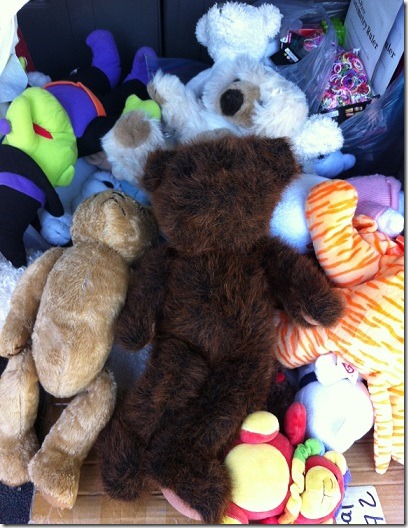 Lastly, as the generous donor had sent some stickers and rubber bands to make bracelets (looks like it is all the rage all around the world but I was not cool enough to notice!) I bought some more rubber bands at a local shop so all the kids could have a bracelet. 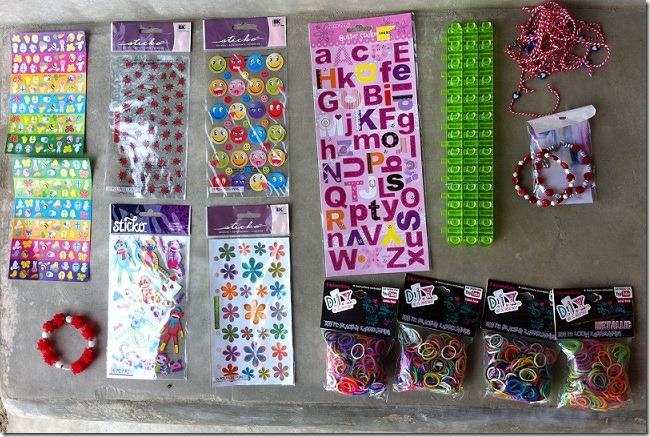 My brother and I had a great time making them with the kids at the orphanage. 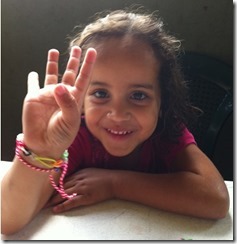 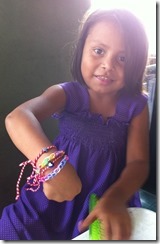 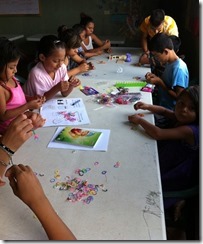 Total expenses for July and August (internet, staff, books and orphanage donation): $813. It was an expensive month, now I am thinking about stopping the book buying for a while, otherwise I may not have enough to pay for boarding school and the computer project that is over $650 per month. I did the extra purchases with donations I received, almost $3,000 in total from readers and friends (THANK YOU!), but I want to keep some wiggle room as $650/month is more than 10% of my income. With about 150 books and the 300 textbooks I was donated they have enough to read for a few months anyway.

After last month’s update, one of the readers, Lisa, suggested I get in touch with charities that donate books in Guatemala. So I did, and contacted half a dozen NGOs. Most of them don’t work in Northern Guatemala, as we are 300 miles away from the capital city where they coordinate efforts, and generally they have projects in the highlands.

But a couple offered that next time they order books I can enjoy their discount and buy books through them, which is still a nice saving.

And one of them called Cooperative for Education generously donated… 300 textbooks! Middle school spans over 3 years, and you need 4 books: Math, Litterature, Science and Social Science. That is 12 books, and they donated all 12 times 25, so 24 students and their teacher can each have a book.

I went to pick them up at their Guatemala City headquarters. They had prepared it all neatly in boxed to fill my car trunk: 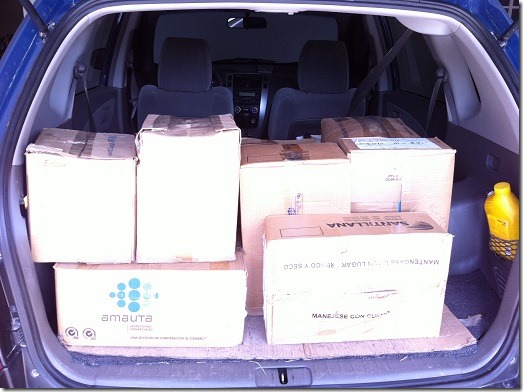 Thank you so much, CoEd! Here is a link to  CoEd’s blog if you would like to learn more about their projects.

These are the students and teacher who helped me unload the books at the school in my village. 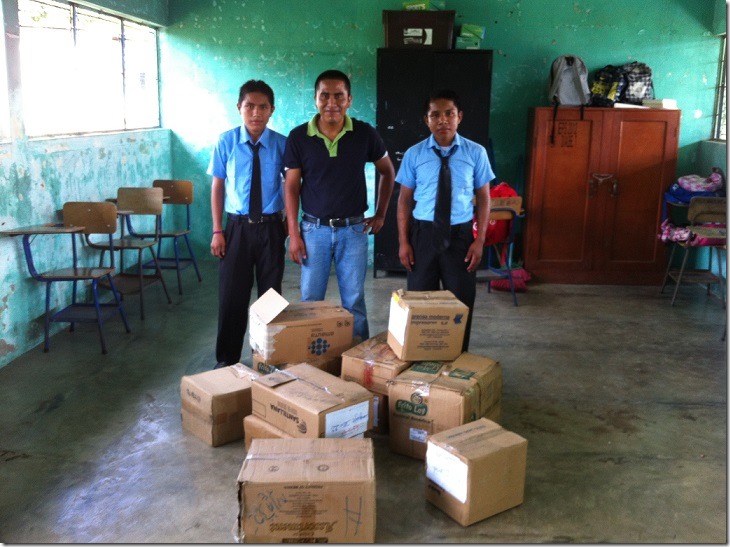 They will use the books next year so the students don’t have to buy books for the full three years of middle school! In the meanwhile they will use the books for additional research and information. The books are about 10 years old and served for the charity projects in the highlands, but they are only gently used, the previous kids have taken really good care of them, so it is fantastic to have them over here as those kids lack books.

Not much to report, the kids are having a great time and getting good grades, so I was happy to pay the usual $956 in tuition for two months.

If you too would like to help support literacy in Guatemala, or if you have an old laptop you would like to donate, please get in touch, thanks!

Planning for a secure financial future is a wise decision that you should make for your family. You need to be committed to building wealth and take charge of your money. By investing in the right ... END_OF_DOCUMENT_TOKEN_TO_BE_REPLACED

Cryptocurrency has become a popular investment option in recent years, as more people want to make profits from its white-hot rise. However, cryptocurrency investment is a risky endeavor. It is highly ... END_OF_DOCUMENT_TOKEN_TO_BE_REPLACED

Unsurprisingly, there are plenty of people out there jostling to help you spend your nest egg. All promise high returns, but not all that many deliver; in fact, you can quickly lose your super if ... END_OF_DOCUMENT_TOKEN_TO_BE_REPLACED

If you have recently taken up a position at a brand-new company and opened a 401k for the first time, you may be on the hunt for additional information when it comes to the various ways in which tax ... END_OF_DOCUMENT_TOKEN_TO_BE_REPLACED

Congratulations! You’ve worked hard this year. You made it through some tough days (or weeks or months). And now, if you’re lucky, you might end up with a holiday bonus. But before pocketing that ... END_OF_DOCUMENT_TOKEN_TO_BE_REPLACED

The United States of America is a destination most working professionals and travellers have on their list. Being one of the most visited countries in the world, it houses many tourist attractions, ... END_OF_DOCUMENT_TOKEN_TO_BE_REPLACED