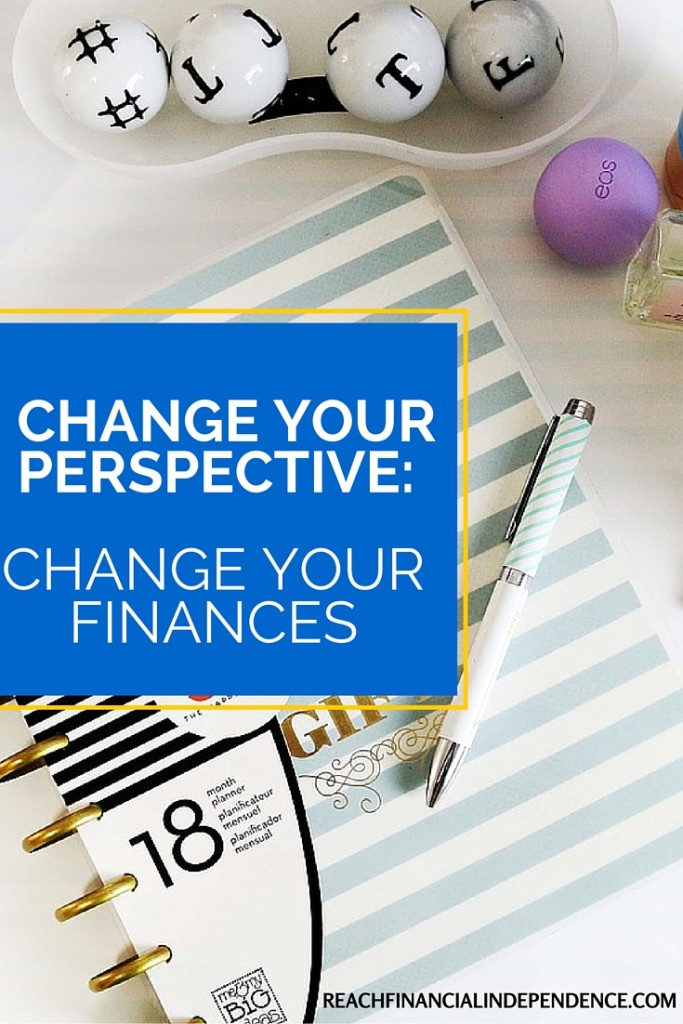 This is a guest post from fellow blogger Richard Adams, who is on his own journey to financial independence. You can follow his progress over at Frugality Magazine. Let me know if you would love to guest post on RFI.

I felt the same way about vacations. Why would I want to scrimp and save, ending up with a two week vacation on a budget, when other people were flying out to the Caribbean and staying in luxury resorts?

Fast forward to ten years out of college. I had a nice house, the shiny new motorbike I’d been dreaming of and vacations to be proud of. Oh, and debt. So much debt. Debt that was slowly drowning me. Was this really the life I’d dreamed of?

One day I decided I’d had enough of my debt. I sat down to consider my situation; how I’d got here, how happy I really was, and what the future would hold on my current trajectory.

That was the day when I realized that the problem was my perspective. I wanted – no I deserved – the best of everything. Except that it wasn’t reality. I worked in retail, putting in long hours while earning minimal money. Something had to give.

That’s when I decided that I had two options; live the high life while constantly worrying about my finances, or start to make conscious decisions that would lead to a stronger financial future.

If you’ve ever tried to quit smoking or to exercise regularly you’ll know that making lasting change is far from easy. This was especially so when I actually really liked my life. I loved my house. I got a buzz every time I went out on my bike. I enjoyed travelling. But I knew it couldn’t last; the sooner I changed my attitude – and as a result my spending – the sooner I’d be back on an even keel.

So I moved out of that house. Instead I rented a room from a friend. I stopped driving the bike around and instead walked as much as possible. I started to live more frugally and used the balance to start paying back that debt.

Was it painful? Yes, it most certainly was. But every cloud has a silver lining.

While living in my friend’s spare room wasn’t my idea of fun, watching my financial position improve filled me with inspiration. For the first time in years I wasn’t constantly worrying about money. I wasn’t dreading every bill that dropped through the door. In fact, I actually looked forward to getting my credit card statement – so I could see just how much it had dropped that month!

As it turned out, the feeling of “financial well-being” was worth so much more to me than the temporary buzz of buying the latest gadget for myself.

So much so, that even to this day my focus is on financial security, rather than a consumer lifestyle. While I’ve moved out of my friend’s room, I now drive the beat-up old car I used to laugh at. I rarely go on vacation (and even then, I shop around extensively). My perspective is entirely different, and my life is better as a result.

The “Secret” I Missed Out

Let me be honest; I missed a great big chunk out of this story.

Between deciding that life needed to change and actually starting to make those changes took several years.

Why? Quite simply I didn’t change my attitude. I sort of wanted to get out of debt, but I wasn’t fully committed yet. Months would go by as I watched the balance on my debts remaining essentially stationary. I didn’t want to move out of my nice house, so I didn’t prioritize it as much as I should.

I mention this because the Internet is awash with stories about people who have turned their finances around in a short space of time. They’re also filled with “rags to riches” stories of people launching a business and becoming wealthy overnight.

In truth, my personal belief is that these things often take time. Time that isn’t mentioned in such articles. And this can lead to frustration for people trying to emulate them.

The message is this: if you’re currently trying to change your attitude, and in doing so fix your finances, expect that it could take time. Don’t get frustrated trying to compare yourself with the success of others; instead just look for constant improvements in your own life. It might take a while, but if you apply that principle consistently then in a year’s time your life could be a whole different ballgame.

The Key to Changing Your Finances

One of the most popular New Year’s Resolutions is losing weight and getting in shape.

I’m sure you know how that usually ends up for most people.

They start out in January with every will in the world. They go out jogging. They swap their grocery shopping for lower calorie equivalents. They buy Coke Zero rather than “fat Coke” because they want to lose weight. All too soon they’re left with a feeling of disappointment and an expensive gym membership they’re stuck with for the next 11 months.

Its the same for money. Many of us are carrying a heavy debt load, and each year we aim to get that paid off. All too soon, of course, we’ve given up for another year. The reason, in my opinion, is that we haven’t yet changed our attitudes. We’re the dieter drinking Coke Zero – making a half-hearted attempt to hit our goals.

The same could be said for improving your finances; don’t try to just buy a cheaper coffee each morning, or eat out a little less. The greatest progress is made when we go all in. Give up your take-out coffee altogether and commit to lasting change.

Making reaching financial independence your primary goal and throw everything you have at it. And it all starts from changing your perspective, then re-aligning your priorities.

Planning for a secure financial future is a wise decision that you should make for your family. You need to be committed to building wealth and take charge of your money. By investing in the right ... END_OF_DOCUMENT_TOKEN_TO_BE_REPLACED

Cryptocurrency has become a popular investment option in recent years, as more people want to make profits from its white-hot rise. However, cryptocurrency investment is a risky endeavor. It is highly ... END_OF_DOCUMENT_TOKEN_TO_BE_REPLACED

Unsurprisingly, there are plenty of people out there jostling to help you spend your nest egg. All promise high returns, but not all that many deliver; in fact, you can quickly lose your super if ... END_OF_DOCUMENT_TOKEN_TO_BE_REPLACED

If you have recently taken up a position at a brand-new company and opened a 401k for the first time, you may be on the hunt for additional information when it comes to the various ways in which tax ... END_OF_DOCUMENT_TOKEN_TO_BE_REPLACED

Congratulations! You’ve worked hard this year. You made it through some tough days (or weeks or months). And now, if you’re lucky, you might end up with a holiday bonus. But before pocketing that ... END_OF_DOCUMENT_TOKEN_TO_BE_REPLACED

The United States of America is a destination most working professionals and travellers have on their list. Being one of the most visited countries in the world, it houses many tourist attractions, ... END_OF_DOCUMENT_TOKEN_TO_BE_REPLACED