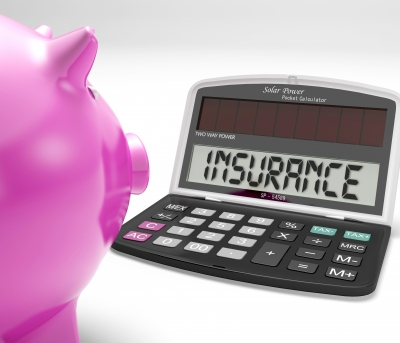 Without centuries-old developments in understanding and measuring risk, no business would be able to adapt to new demands or deal with the inevitable peaks and troughs.

Since the Middle Ages, insurance has been essential for business as it allows otherwise impossible ventures.

The Hammurabi Code, part of which you can see in Paris’s Louvre, is infamous for the ‘eye for an eye’ law. Yet it also removed a debtor’s obligation to pay up in case of personal disaster, and laid down terms of transaction in cases of property damage.

The first form of ‘group coverage’ grew up in Middle Ages Europe. Trade and merchant guild-members paid fees – ‘guild’ is from the Saxon gilden, ‘to pay’ – and pooled funds were used to support ill members or their families on death. This 14th-century system also covered fire loss and protected members, goods, and horses on their travels. The reduction in risk was important in urbanizing a largely feudal, rural Europe.

Modern business insurance started with the late 1600s trade between imperial Britain and the American colonies. Merchants unable to take on the risk of lengthy (but potentially highly lucrative) voyages would approach those with more money who were willing to take a share of the profits for an initial injection of funds and aid. This aid consisted of supplying ‘colonists’ and paying for voyage provisions.

The practice developed of merchants displaying their ships’ cargo lists for venture capitalists to assess. Those willing to take on the risk of the venture signed under the amount of goods they were taking responsibility for – hence ‘underwriters’.

This system spread the risk of the voyage among a number of underwriters, making the venture more affordable.

In the mid-1600s, Blaise Pascal and Pierre Fermat came up with a system of expressing probability. And from there, the first actuary tables were created to predict the future based on past events.

From aviation to social networking, underwriters have to make new assessments of the type and levels of risk that come with new technologies. The role of business insurance marketers is now to create and test new products to suit these business demands.

Planning for a secure financial future is a wise decision that you should make for your family. You need to be committed to building wealth and take charge of your money. By investing in the right ... END_OF_DOCUMENT_TOKEN_TO_BE_REPLACED

Cryptocurrency has become a popular investment option in recent years, as more people want to make profits from its white-hot rise. However, cryptocurrency investment is a risky endeavor. It is highly ... END_OF_DOCUMENT_TOKEN_TO_BE_REPLACED

Unsurprisingly, there are plenty of people out there jostling to help you spend your nest egg. All promise high returns, but not all that many deliver; in fact, you can quickly lose your super if ... END_OF_DOCUMENT_TOKEN_TO_BE_REPLACED

If you have recently taken up a position at a brand-new company and opened a 401k for the first time, you may be on the hunt for additional information when it comes to the various ways in which tax ... END_OF_DOCUMENT_TOKEN_TO_BE_REPLACED

Congratulations! You’ve worked hard this year. You made it through some tough days (or weeks or months). And now, if you’re lucky, you might end up with a holiday bonus. But before pocketing that ... END_OF_DOCUMENT_TOKEN_TO_BE_REPLACED

The United States of America is a destination most working professionals and travellers have on their list. Being one of the most visited countries in the world, it houses many tourist attractions, ... END_OF_DOCUMENT_TOKEN_TO_BE_REPLACED