According to most economists, the financial crisis ended over six years ago. Banks are once again flush with cash, interest rates and inflation are down, and consumer confidence and employment are both up to pre-recession levels. While the amount of personal credit card debt is soaring, other forms of credit remain out of reach for far too many people.
Part of this lack of available credit is due to banks and other lending institutions’ lingering fears of yet another credit crunch or fears of yet another housing bubble bursting. Their concerns are understandable, given the dramatic rise in unsecured credit with the credit card companies, coupled with the spike in the cost of homes. Understanding the problem, however, doesn’t do much to negate its impact on our lives. We really need to find a way to resolve the problem and get the banks to begin lending more freely again. Thankfully, there are a few things you can do to help expedite the process. 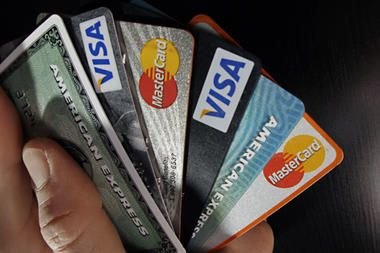 Check your credit score, and get any errors corrected

Before you can begin any journey, the first priority is to establish where you are at present. Begin by going to the Experian, Equifax, and Callcredit websites, establish an account if you don’t already have one, and get your credit history report from them. If you find any mistakes or discrepancies, let the reporting agency and the creditor know, and request that the file be updated and/or corrected.

Begin bolstering the weaknesses in your report

It is quite possible – even likely – that you could be turned down for credit even if there are no problems listed in your report, as lenders consider a lack of entries to be a negative sign. Even with a slim credit history you should be able to access some of the more liberal credit types, such as the following examples, to begin building your credit score.

– Mobile phone contract – Competition among wireless phone networks is quite intense, and promises to accelerate even more in the future. Not only are providers cutting fees and selling phones at a discount or even giving them away free with a contract, they are also approving almost anyone, even those with somewhat poor credit histories.

– A low-balance credit card – Like the wireless providers, the credit card companies are aggressively promoting new accounts. Even some individuals who could never get a card before the crisis are finding the issuing companies much more receptive of late.

– Small, short-term loans – In response to the crisis, a number of new and existing lenders began offering small, short-term loans, some without even requiring a credit check. The interest rates and fees on these loans are generally high, with some being almost as expensive as those charged on credit cards that are issued to less-than-optimal risk borrowers. At least one major payday lender, Wonga, is now offering longer-term 90 day instalment loans. Pay these off according to the agreement, and you will be building a pattern of creditworthiness that lenders want to see.

All of the above extensions of credit come at a price, in the form of significantly higher fees and interest rates than are charged for credit extended to “highly qualified” borrowers, which is doublespeak for people with impeccable credit ratings. Whatever credit is granted you, it is essential that you be diligent about making every payment in full and on time. If it makes you feel any better about paying higher fees and interest, keep in mind that these are actually investments, with the payoff being your ability to get more credit, at lower cost, in the future. Do your homework, and do your part, and you will be well on your way to establishing (or re-establishing) your credit-worthiness and, by extension, your financial well-being.

Planning for a secure financial future is a wise decision that you should make for your family. You need to be committed to building wealth and take charge of your money. By investing in the right ... END_OF_DOCUMENT_TOKEN_TO_BE_REPLACED

Cryptocurrency has become a popular investment option in recent years, as more people want to make profits from its white-hot rise. However, cryptocurrency investment is a risky endeavor. It is highly ... END_OF_DOCUMENT_TOKEN_TO_BE_REPLACED

Unsurprisingly, there are plenty of people out there jostling to help you spend your nest egg. All promise high returns, but not all that many deliver; in fact, you can quickly lose your super if ... END_OF_DOCUMENT_TOKEN_TO_BE_REPLACED

If you have recently taken up a position at a brand-new company and opened a 401k for the first time, you may be on the hunt for additional information when it comes to the various ways in which tax ... END_OF_DOCUMENT_TOKEN_TO_BE_REPLACED

Congratulations! You’ve worked hard this year. You made it through some tough days (or weeks or months). And now, if you’re lucky, you might end up with a holiday bonus. But before pocketing that ... END_OF_DOCUMENT_TOKEN_TO_BE_REPLACED

The United States of America is a destination most working professionals and travellers have on their list. Being one of the most visited countries in the world, it houses many tourist attractions, ... END_OF_DOCUMENT_TOKEN_TO_BE_REPLACED