For folks who have intentionally avoided the technological shifts that have disrupted and fundamentally changed society in the past twenty years, the next decade of the 21st century may require them to either play catch-up unless they embrace a hermit’s life in the mountains. The truth is, we are much closer to becoming the singularity than you might think – even though we haven’t figured out how to transfer our consciousness to robots, we still use technology as though it were an extension of ourselves. Smartphones, for example, have changed the way our brains work and also give us powers that would seem like witchcraft to someone living in the 1980s. 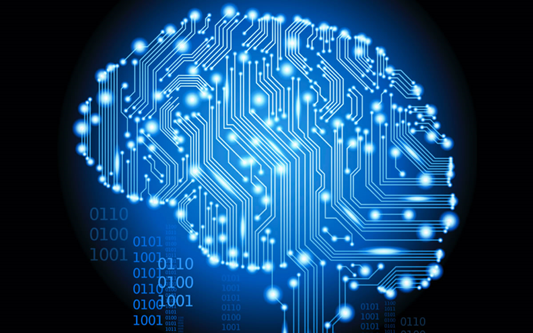 Amongst the many bold technologies that have changed the way we think about and interact with the world are bitcoin and the blockchain network that it functions on. Most people – especially your parents – run for the hills when anyone starts talking about the blockchain. However, even though cryptocurrency (the umbrella term invented for bitcoin and subsequent digital coins that have followed) is extremely sophisticated, of all the paradigm shifting tech that’s become mainstream, crypto is maybe the simplest to grasp conceptually.

The reason it’s easy to grasp is the fact that it’s really just a digital alternative to one of the oldest social constructs in human history: money. Although everyone in the developed world is completely familiar and at ease with the concept of trading cash for goods and services, humanity’s only really internalized this process with the rise of globalization and free market economies. Historically, there’s been a lot more bartering and trading, or else currency has been grounded in a finite valuable commodity, such as silver or gold.

So really, while understanding the blockchain and all of its nuances may be daunting, understanding crypto as a digital currency anchored by an electronic ledger and peer governance – rather than banks and governments – shouldn’t hurt the brain too much.

So don’t run off to your hermit cabin in the woods just yet, let us explain a couple basic points about the big bad blockchain that will help you adjust to our brave new world:

Like gold or silver, there actually is a finite amount of bitcoin within the blockchain ecosystem. People can mine the coin using powerful computers to solve math equations that yield the precious coin. These math equations constitute the cryptography of crypto, in solving these problems, the computers or nodes update the ledger and feed power into the blockchain. Thus, the whole system is self-sustaining and self-governed with a permanent record of every transaction (without any private information changing hands, of course).

Many people might ask, where do I get bitcoin? How do I turn it into real money? Here’s your answer: as crypto becomes more popular, services are popping up to facilitate the transfer of bitcoin into fiat currency (USD, Euros). You can visit Bitbuy.ca for an example of a site that operates ethically and transparently so that curious folks can turn a bit (or a lot) of cash into digital coins like Litecoin, Bitcoin Cash, or Ether. You can spend it, save it for a rainy day or simply stare at the screen pondering the increasingly strange, futuristic world we live in!

Planning for a secure financial future is a wise decision that you should make for your family. You need to be committed to building wealth and take charge of your money. By investing in the right ... END_OF_DOCUMENT_TOKEN_TO_BE_REPLACED

Cryptocurrency has become a popular investment option in recent years, as more people want to make profits from its white-hot rise. However, cryptocurrency investment is a risky endeavor. It is highly ... END_OF_DOCUMENT_TOKEN_TO_BE_REPLACED

Unsurprisingly, there are plenty of people out there jostling to help you spend your nest egg. All promise high returns, but not all that many deliver; in fact, you can quickly lose your super if ... END_OF_DOCUMENT_TOKEN_TO_BE_REPLACED

If you have recently taken up a position at a brand-new company and opened a 401k for the first time, you may be on the hunt for additional information when it comes to the various ways in which tax ... END_OF_DOCUMENT_TOKEN_TO_BE_REPLACED

Congratulations! You’ve worked hard this year. You made it through some tough days (or weeks or months). And now, if you’re lucky, you might end up with a holiday bonus. But before pocketing that ... END_OF_DOCUMENT_TOKEN_TO_BE_REPLACED

The United States of America is a destination most working professionals and travellers have on their list. Being one of the most visited countries in the world, it houses many tourist attractions, ... END_OF_DOCUMENT_TOKEN_TO_BE_REPLACED