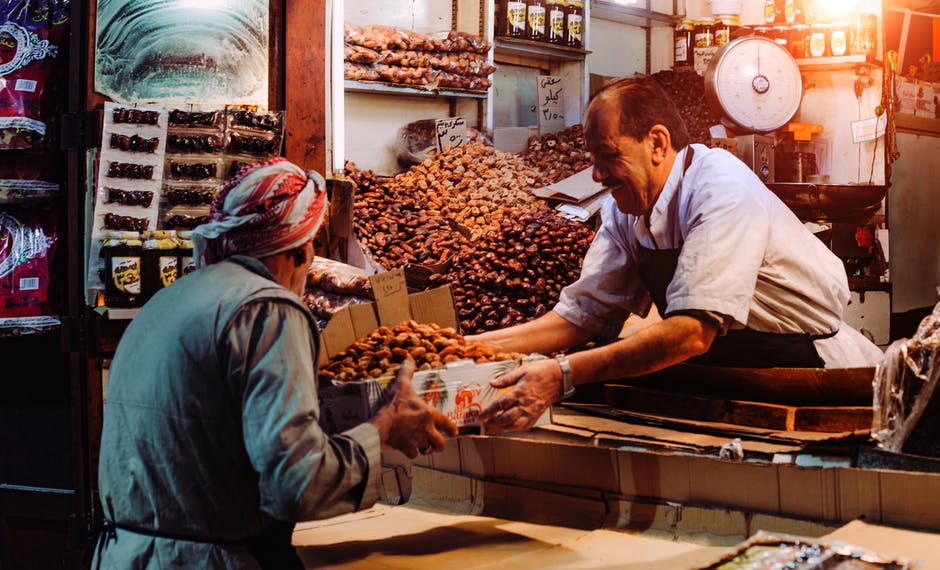 Everything is pretty much negotiable in life. I had no idea, and when I was young, I was always paying full retail price for everything. Then I discovered discount stores, thrift stores, and other places where you could get either gently used or refurbished items for a fraction of the cost. That was a great step forward, and as a teen with several side hustles, I sure knew the value of money. I started considering every purchase in terms of how many hours it had cost me to pay for such and such item. Suddenly, I didn’t need as many gadgets and clothes!

Then while in college, I started traveling internationally. I was never a fan of haggling and bargaining on the markets, or for souvenirs, but in some countries that was cultural, and even locals would haggle down the price of tomatoes every single day with the same seller. Coming back home, I thought no way! that is not something you do here. But on a visit to the market, I asked a farmer about the price of his produce. I was given a price higher than what I was willing to pay, and as I thanked him and walked away, he called me back and lowered his price. What? That was acceptable, and I made my purchase. From that day, I stopped being shy, and just tried to get the best bang for my hard earned cash as much as I could. It took a while to get used to.

That was ok for me to do in informal settings, such as markets, thrift stores, or even on Ebay. But one day I went to buy a bicycle. I had saved for that for months and was really excited, but when I arrived they only had the exhibition bicycle for sale, and the paint was chipped. I pointed it to the manager, and he knocked $100 off the price of the bike. Big stores were doing it too! A little more online research, and I found out you could do the same with your utility providers. So I called my internet company, as my contract was about to expire, to ask if they could keep me on the new customer discount for a year. After 10 minutes, they happily obliged. The 10 minutes saved me $10 a month, or $120 over the next 12 months. That was huge. I made a calendar date reminder in my phone to make sure I called again 11 months later, and for the past 8 years, I have been kept on that discount, or received the best offer available at this time to new customers. Because you know what? A happy recurring customer is much easier to get than going out in the streets and trying to land a brand new customer.

Credit card companies and other lenders know that too. So if your bank learns you are looking to refinance your mortgage, they may lower their own rate to keep you around. If negotiating your debt down doesn’t work, you can look into taking a consolidation loan, and lowering your monthly payments, and potentially your interest rate.

Negotiating even works for medical bills, who would have known! Most of the time, when you get a bill, it would take a lot of money for people to chase you and collect, so they would rather get a little less, but get paid in a prompt manner. So next time, don’t hesitate to ask!

Planning for a secure financial future is a wise decision that you should make for your family. You need to be committed to building wealth and take charge of your money. By investing in the right ... END_OF_DOCUMENT_TOKEN_TO_BE_REPLACED

Cryptocurrency has become a popular investment option in recent years, as more people want to make profits from its white-hot rise. However, cryptocurrency investment is a risky endeavor. It is highly ... END_OF_DOCUMENT_TOKEN_TO_BE_REPLACED

Unsurprisingly, there are plenty of people out there jostling to help you spend your nest egg. All promise high returns, but not all that many deliver; in fact, you can quickly lose your super if ... END_OF_DOCUMENT_TOKEN_TO_BE_REPLACED

If you have recently taken up a position at a brand-new company and opened a 401k for the first time, you may be on the hunt for additional information when it comes to the various ways in which tax ... END_OF_DOCUMENT_TOKEN_TO_BE_REPLACED

Congratulations! You’ve worked hard this year. You made it through some tough days (or weeks or months). And now, if you’re lucky, you might end up with a holiday bonus. But before pocketing that ... END_OF_DOCUMENT_TOKEN_TO_BE_REPLACED

The United States of America is a destination most working professionals and travellers have on their list. Being one of the most visited countries in the world, it houses many tourist attractions, ... END_OF_DOCUMENT_TOKEN_TO_BE_REPLACED