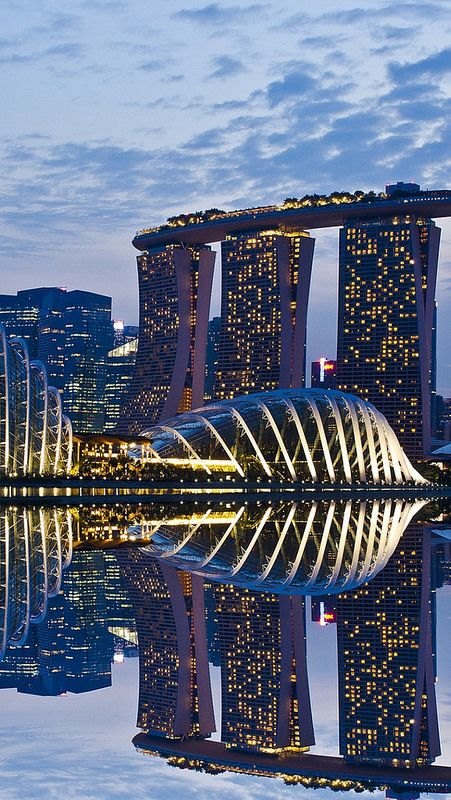 Relocating to Singapore has now become a dream for many people, and it is not hard to see why. The country delivers a high quality of education, its economy is doing well, and those coming from a colder climate find the warm weather rather inviting. The discipline and strong laws observed in the city make it safe and suitable for raising a family. Foreigners in Singapore are given a relatively safe and modern environment to see and experience different cultures.

Singapore is known for its publicly governed and developed HDB or Housing Development Board. In fact, according to the Department of Statistics, 80% of the population make use of these residences. Not only are they affordable, but they are often self-contained communities with supermarkets, hawker centers, recreational facilities, clinics and schools. Unfortunately, foreigners are not allowed to buy directly from the Housing and Development Board, but permanent residents, including expatriates, are permitted to buy resale HDB. Websites such as PropertyGuru Singapore have even made the search for such accommodations simpler and easier.

When buying an apartment in the city, one should also strongly consider the high taxes imposed on cars as well as how to get permits for ownership and parking spaces. There are many alternatives to driving though, as the public transportation is efficient and reliable. Even car owners are encouraged to take the trains and buses instead of driving. Residents travel by foot, bicycles, taxis, bus, and train. There are more than 28 thousand taxis on the road handled by six taxi companies. Two companies run the bus system as well as the train transport system called Mass Rapid Transit or Light Rail Transit that run underground. The city is also a major international transport hub in Asia with busy air and sea trade routes. There are eight airports that host a network of over a hundred airlines, connecting the country to around 70 other countries and territories in the world.

Despite the population being over 70 percent Chinese, foreigners still find it easy to fit in and adapt when it comes to communicating. This is because despite the official language being Mandarin, English is still the most widely spoken one. Children are generally taught both English and Chinese in school. Other languages widely spoken in the country are Malay and Tamil.

Located very near the equator, Singapore enjoys a tropical rainforest climate with no distinctive seasons. The temperature and humidity remain consistent throughout the year. Even though the temperature is rather high at a range of 22˚C to 34˚C year-round, it is cooled down by large amounts of rainfall.

The cost of living in considered to be pretty high but this is because the country also offers a very high standard of living. Food and groceries are thankfully quite reasonable. The residential areas are abundant with hawker stalls that offer a wide variety of local dishes at affordable prices, as do food courts in shopping centers. Grocery stores can be easily found in HDB communities too. In fact, some stores even deliver groceries.

Pet owners should be informed of the restrictions regarding breeds of dogs that are allowed in the country and the number of animals different buildings can legally accommodate. Requirements for pets being imported include inspection, quarantine, and health certification, as well as an import licence filed prior to the arrival date. It should also be noted that the Muslim community considers dog saliva unclean so they refrain from interacting with dogs. That being said, it is in the owner’s discretion whether or not they should bring their dogs to high-traffic areas. However, most parks and beaches, such as Sentosa’s Tanjong Beach and the Botanic Gardens, are dog-friendly. There are also a number of veterinarian facilities as well as animal welfare organizations that can be found in the city. These are considerations one must take when choosing an area, building, and type of housing.

The World Health Organization ranks Singapore’s healthcare system as the 6th highest in the world. The infant mortality rate in the city has also been the lowest in the world for over ten years. Most citizens are expected to live well into their 80s. The government imposes a compulsory health savings scheme that covers more than 80 percent of the population, as well as a government-funded health insurance program, and even provides a safety net for those who may not afford healthcare.

Singaporean students are consistently at or near the top of international surveys and assessments. Six years of primary school is compulsory, focusing on English, mathematics, science, and the mother tongue. Secondary school is divided into several streams in each school: Special, Express, Academic, and Technical. These will take them four to five years. Pre-university education is provided in Junior Colleges and last two to three years.

The most widely observed religion in Singapore is Buddhism. Other prevalent religions are Christianity, Islam, Taoism, and Hinduism.

The use of illegal drugs is considered undesirable and is highly disapproved of by citizens, leaving the city with one of the lowest rates of drug use worldwide. Trafficking offences are strictly and strongly punished by law. Luxuries such as alcohol are taxed at a high rate, and this may be a downside to crowds that enjoy parties and clubs. The rate of alcohol consumption per capita is very low, as are the levels of violent crime.

Meritocracy is emphasised in Singapore. Racial and religious harmony is also thought to be crucial to the nation’s Success, and is important to its cultural identity.

Overall, Singapore is a clean and efficient Asian country that boasts of its high standard of living, excellent quality of education, and strong laws and discipline. It has a well-developed environment and is ranked as one of the wealthiest countries in the world. Despite being comprised of several different cultures, the Lion City has its own identity. Its people are well taken care of, as evident by its widely used public housing provisions and efficient healthcare programs. It is truly a modern tropical haven for those who love city life. It is a great place to raise a family, build a career and find a place to call home.

Planning for a secure financial future is a wise decision that you should make for your family. You need to be committed to building wealth and take charge of your money. By investing in the right ... END_OF_DOCUMENT_TOKEN_TO_BE_REPLACED

Cryptocurrency has become a popular investment option in recent years, as more people want to make profits from its white-hot rise. However, cryptocurrency investment is a risky endeavor. It is highly ... END_OF_DOCUMENT_TOKEN_TO_BE_REPLACED

Unsurprisingly, there are plenty of people out there jostling to help you spend your nest egg. All promise high returns, but not all that many deliver; in fact, you can quickly lose your super if ... END_OF_DOCUMENT_TOKEN_TO_BE_REPLACED

If you have recently taken up a position at a brand-new company and opened a 401k for the first time, you may be on the hunt for additional information when it comes to the various ways in which tax ... END_OF_DOCUMENT_TOKEN_TO_BE_REPLACED

Congratulations! You’ve worked hard this year. You made it through some tough days (or weeks or months). And now, if you’re lucky, you might end up with a holiday bonus. But before pocketing that ... END_OF_DOCUMENT_TOKEN_TO_BE_REPLACED

The United States of America is a destination most working professionals and travellers have on their list. Being one of the most visited countries in the world, it houses many tourist attractions, ... END_OF_DOCUMENT_TOKEN_TO_BE_REPLACED