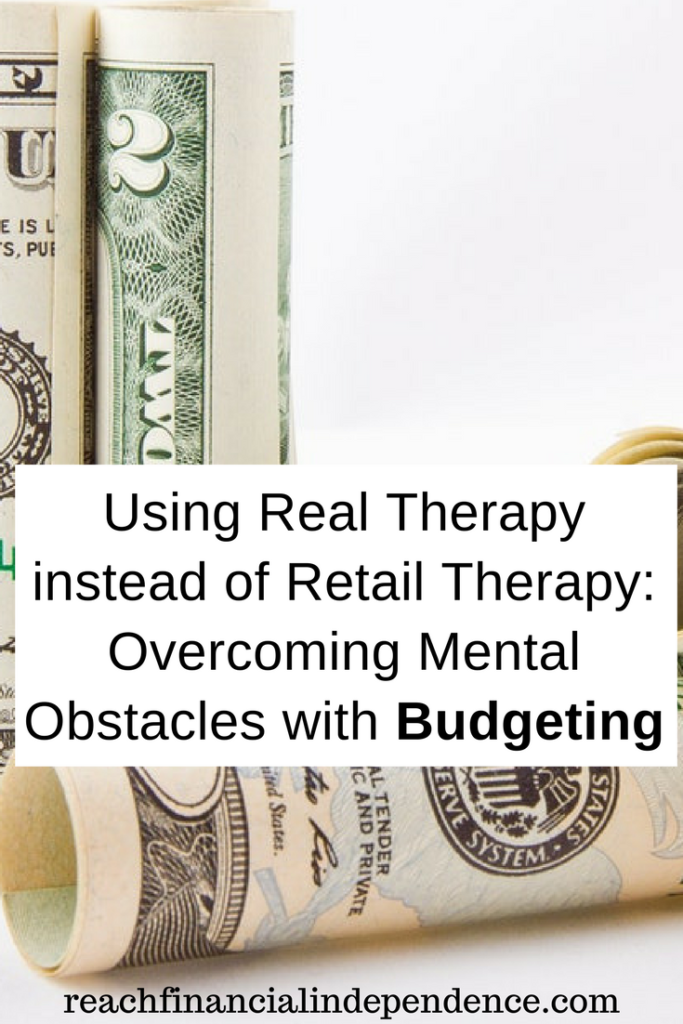 I’ve had trouble keeping up with a budget for the longest while.

And, I’d like to throw in a couple well-executed marketing campaigns that got me to make a few unnecessary purchases.

Things have been on track more recently, though.

Budgeting is Half Mental Battle

It’s easy to search “personal finance tips” and devour hours of content, get a bit of inspiration to begin saving and investing, then immediately go back to bad spending habits.

I’ve noticed the biggest game changers to overcoming this financial laziness are relaxing and planning.

I say relaxing because money often causes stress when there isn’t a budget involved. It’s easy to feel so stressed that you spend as a form of escapism. You use “retail therapy” instead of addressing the need for real therapy.

·  Knowing when I’m out of control

·  Knowing what I could control

I knew, for one, that all this stress was affecting my health which coincides with finances. If you’re constantly sick (stress will do that to ya) then you’re spending more on doctor visits and meds.

I made an effort to slow down.

I knew that many of my financial troubles couldn’t be addressed at that moment, so I focused on the long-term things I could begin that day which would pay off. Mainly, getting healthy so these medical expenses didn’t creep up and ruin my future financial plans.

It took a mixture of diet, exercise, and cutting down on the cost of medicines with Lowest Med.

That let me get to a point where I not only was becoming healthy but I felt good, which improved my outlook – which also happened to help with my financial commitments.

There were a few other things I took care of:

·  I created a budget that detailed every expense I had throughout the month.

·  I focused on applying the snowball method to pay down smaller debts, which highlighted my progress.

·  I found cheaper alternatives to my normal expenses with cooking and entertainment.

These positive things began to build upon themselves.

A few months of grinding went by and I was beginning to see stabilization in my finances. I was still on edge a lot of the time, but not nearly as much before because I was creating a buffer.

This buffer helped me conquer my financial troubles (for the most part).

The Other Half of It

I’m that person that tried to start a website as a side-gig, and ran with it during all the free time I found when forcing myself not to blow money on stupid stuff.

It provided a few things:

·  Networking with interesting people in the industry.

·  Some extra cash flow from ads and promotions.

The site didn’t make a lot of money, but it did keep me occupied. I learned a lot and because I had it focused on what I love (gaming) it was like getting paid to learn and play games. Win!

I made it a point to use this windfall money to go right toward debts.

The extra money wasn’t really money… I didn’t think of it as income. It came in and went right back out to these small bills (still working on that snowball) so I wasn’t tempted.

My Suggestion to You

There’s a lot of good information out there about budgeting and managing finances.

But I’d say work on yourself first, and this includes your mental health.

Being trapped in financial turmoil will throw off everything. You simply can’t commit. Fix this by facing your problems and ask, “why do I do these things?” You may be surprised at what you’ll find, and it could help you get on track with making (and sticking to) that budget.

Planning for a secure financial future is a wise decision that you should make for your family. You need to be committed to building wealth and take charge of your money. By investing in the right ... END_OF_DOCUMENT_TOKEN_TO_BE_REPLACED

Cryptocurrency has become a popular investment option in recent years, as more people want to make profits from its white-hot rise. However, cryptocurrency investment is a risky endeavor. It is highly ... END_OF_DOCUMENT_TOKEN_TO_BE_REPLACED

Unsurprisingly, there are plenty of people out there jostling to help you spend your nest egg. All promise high returns, but not all that many deliver; in fact, you can quickly lose your super if ... END_OF_DOCUMENT_TOKEN_TO_BE_REPLACED

If you have recently taken up a position at a brand-new company and opened a 401k for the first time, you may be on the hunt for additional information when it comes to the various ways in which tax ... END_OF_DOCUMENT_TOKEN_TO_BE_REPLACED

Congratulations! You’ve worked hard this year. You made it through some tough days (or weeks or months). And now, if you’re lucky, you might end up with a holiday bonus. But before pocketing that ... END_OF_DOCUMENT_TOKEN_TO_BE_REPLACED

The United States of America is a destination most working professionals and travellers have on their list. Being one of the most visited countries in the world, it houses many tourist attractions, ... END_OF_DOCUMENT_TOKEN_TO_BE_REPLACED