Mr.CBB is the voice behind Canadian Budget Binder who says that “It’s not about how much money you make it’s how you save it”.  Mr.CBB shares budgeting tips, frugal lifestyle, relationships, recipes, parenting, personal finance and so much more for his over 4500 fans all around the world. After all “money is money, debt is debt” no matter where you live. Come join him on Facebook, Twitter and Pinterest. 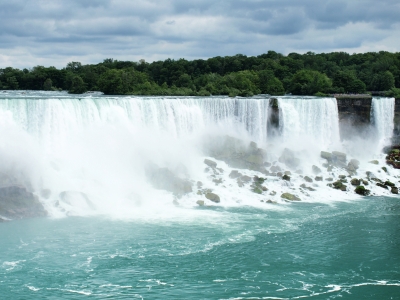 I don’t know the true reasons as to why so many British people are leaving the little island in the North Atlantic, but Canada is one of the most popular destinations. A few years ago I joined the long list of defectors and haven’t looked back. Since emigrating to Canada from the UK I’ve enjoyed the benefits of living the North American life style but this does have some draw backs. Coming from a country where more than 60 million people are boxed into an island approximately 4 times smaller than Ontario, the sheer amount of space is very different than what I was used to. Even though I’ve lived in Canada now just over 5 years and managed to go back to school and secure full-time employment it was all a learning experience I’ll never forget.

Here are just a few of the other differences I’ve found…..

You can find similarities and differences all over the place living in Canada vs the UK and I probably noticed more in the first year I was here. After you’ve grown accustomed to your new life in another country you tend to go with the flow and accept the changes. After all, if living in another country was going to be the same where would the fun be? Probably the most changes had to come from me. If you’re unwilling to accept differences and change accordingly you’ll get frustrated and come to the point where all you want to do is give up and return home.

For 99.9% of Brits coming to Canada there should be next to no real culture shock, but I can understand how other nationalities perceive the culture and why they tend to congregate in areas. People staying together in their own little communities is not just a Toronto thing with little China or little Italy. Years ago when Spain was becoming the destination of choice, the British invasion happened and huge amounts of coastal villas were bought up. The British all tended to stay together because they hadn’t mastered the Spanish language. You see it in every large city, until the 2nd generation grows up, everybody that speaks the same language stay together.

Culture shock can be a killer for some people who emigrate. Personally I had to slow my speech down and use less slang because I just lost people in the middle of conversation. Even though Canadians and British people both speak English, it’s not as easy as that and at times I felt misunderstood. There are multiple subtle differences, mainly in choices of words and names for objects or places and how they are pronounced. The trouble with slowing down your speech and using less slang is that you tend to come cross as really posh which I can assure you is not the case.

Having travelled quite a bit in my 20’s I never really found myself homesick or out of my depth. Travelling to wild and unusual countries when you’re young as opposed to going on holiday and sitting by the pool on a resort drinking yourself stupid are two different things. Travelling and getting right in with the people gives you more of a sense of losing yourself in the country you’re visiting. I have many memories of odd and unusual incidents while travelling, it gives you a different perspective on life.

I once went to the hardware store because I was doing a plumbing repair and needed an “olive” and all I got was strange looks. An expat from further north than where I came from happened to work there and heard my accent and interrupted. The “olive” that I was looking for here is called a “ferrule” and is part of what’s called a “compression joint”. The problem with British English is the fact that we as a nation tend to destroy our own language with slang and the fact we love to shorten just about everything.

Examples of how Canadians might find British English confusing:

Sounds easy enough until you find out that a person can also be a Spanner simply by being stupid or doing something stupid. “You spanner”

Pants are underwear but can also be part of a statement. “That’s total pants” as in that’s total rubbish.

The benefit of sounding like you’ve just got off the boat is the fact that it can be quite the conversation starter. It doesn’t matter if the other person is a fellow Brit or a Canadian local, getting to know the surrounding population leads to acceptance and being friendly with people will always get you further in life than being ignorant. Don’t get me wrong, I’m still proud to be British, but I’m also proud to say I’m part way to being Canadian. I once was lost but now I’m found as I no longer feel like a stranger in my new home- Canada!

This post was featured on The Frugal Farmer, Canadian Budget Binder, Outlier Model, thanks!

Planning for a secure financial future is a wise decision that you should make for your family. You need to be committed to building wealth and take charge of your money. By investing in the right ... END_OF_DOCUMENT_TOKEN_TO_BE_REPLACED

Cryptocurrency has become a popular investment option in recent years, as more people want to make profits from its white-hot rise. However, cryptocurrency investment is a risky endeavor. It is highly ... END_OF_DOCUMENT_TOKEN_TO_BE_REPLACED

Unsurprisingly, there are plenty of people out there jostling to help you spend your nest egg. All promise high returns, but not all that many deliver; in fact, you can quickly lose your super if ... END_OF_DOCUMENT_TOKEN_TO_BE_REPLACED

If you have recently taken up a position at a brand-new company and opened a 401k for the first time, you may be on the hunt for additional information when it comes to the various ways in which tax ... END_OF_DOCUMENT_TOKEN_TO_BE_REPLACED

Congratulations! You’ve worked hard this year. You made it through some tough days (or weeks or months). And now, if you’re lucky, you might end up with a holiday bonus. But before pocketing that ... END_OF_DOCUMENT_TOKEN_TO_BE_REPLACED

The United States of America is a destination most working professionals and travellers have on their list. Being one of the most visited countries in the world, it houses many tourist attractions, ... END_OF_DOCUMENT_TOKEN_TO_BE_REPLACED