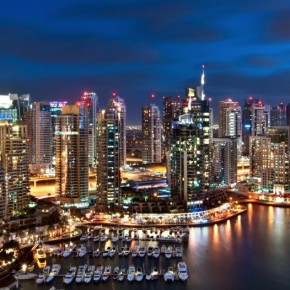 A new credit scoring system, aimed at improving the UAE’s financial infrastructure is expected to lower loan costs in the region by a drastic 30%.

By-laws have been approved to create the nationwide credit bureau and every UAE resident with an ID card will be part of the credit database. It is hoped the venture will help to improve lending by establishing the financial position of lenders for borrowers – and in turn, it would then in theory enable lower lending costs for good customers.

The bad news is that for bad customers who regularly make late or missed payments, rates could increase. But this is considered a better approach than basing interest rates on employer or nationality.

It is also thought it could be a first step toward decriminalising bounced cheques too, if the Bureau is a success.

In order to obtain credit information, an application would need to be made, abiding by the rules of the Central Bank of the UAE. The credit report obtained would then include any information on whether the candidate has a history of defaulting payments or any judicial decisions against them.

The applicant should also meet the conditions of the Al Etihad Credit Bureau Company, however, which has worked extremely closely with not only the Central Bank, but also various government bodies, in order to define the framework.

However, it was delayed in its expected launch earlier this year by a failure to compile accurate data in time.

Nonetheless, once completed, it is thought it will help to vastly improve the sector and enable both sides – consumer and banking industry – to better their financial organisation. It will help banks to better see what consumers can realistically afford, and prevent lenders from taking out a personal loan that is beyond their means. It is always advisable for customers to use a loan calculator and be sensible about what they really need.

But the best part is undoubtedly going to be seen by many, that it carries the potential for a slash in lending costs. It was predicted a year ago by the World Bank and International Finance Corporation, that loan costs should see a drop as big as 30% in a short space of time after the launch.

The Vice-Chairman of the Bureau and also Undersecretary of the Ministry of Finance, Younis Al Khouri made the comments at the time based on statistics from the Corporation. He also stated that costs for the provision of a credit report would be ‘reasonable’, and consumers could shop around various banks for the best price for the advantage of knowing their own credit rating.

The move is expected to be well-received if it provides more choice and freedom for consumers, as well as giving them knowledge and also helping to lower lending costs. This is expected to be warmly welcomed by lenders, who have seen an increase recently in lending – albeit marginal – in the likes of default rates on credit cards. This has been to maintain safer lending and prevent a repeat of back in 2009, when due to the economic crisis it rose to an unmanageable level.

The UAE has been at pains in recent years to ensure that its actions are all geared towards improving the financial infrastructure, making it more stable for both banks and consumers, and encouraging more responsible and protected lending.

Unsurprisingly, there are plenty of people out there jostling to help you spend your nest egg. All promise high returns, but not all that many deliver; in fact, you can quickly lose your super if ... END_OF_DOCUMENT_TOKEN_TO_BE_REPLACED

If you have recently taken up a position at a brand-new company and opened a 401k for the first time, you may be on the hunt for additional information when it comes to the various ways in which tax ... END_OF_DOCUMENT_TOKEN_TO_BE_REPLACED

Congratulations! You’ve worked hard this year. You made it through some tough days (or weeks or months). And now, if you’re lucky, you might end up with a holiday bonus. But before pocketing that ... END_OF_DOCUMENT_TOKEN_TO_BE_REPLACED

The United States of America is a destination most working professionals and travellers have on their list. Being one of the most visited countries in the world, it houses many tourist attractions, ... END_OF_DOCUMENT_TOKEN_TO_BE_REPLACED

When you were a kid, did you ever save quarters in a jar? Or set aside a portion of your allowance in a piggy bank for a big purchase, like a bicycle, a pair of designer shoes, or anything that mom ... END_OF_DOCUMENT_TOKEN_TO_BE_REPLACED

No matter where you are in your career, the potential of eventually retiring can be a daunting experience to think about. Are you saving enough for the future? If you are, when will you have enough ... END_OF_DOCUMENT_TOKEN_TO_BE_REPLACED