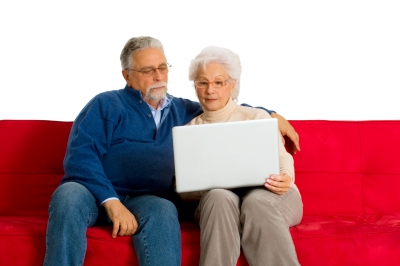 Whether you are just starting your career in your 20s or nearing retirement in your 50s, it’s never too early or late to think about your pension. Earlier this year, it was revealed that one in seven people retiring this year will be relying solely on State Pension to fund their retirement – but is it enough?

The maximum state pension currently stands at £110.15 per week, meaning that the majority of retirees are going to face a significant change in lifestyle at the end of their working life. Basic state pension is not means tested, instead it is based on the number of years you have been contributing National Insurance for and how much you’ve paid.

However, it is possible to increase the amount you receive each week by making top-up contributions. Working out how much you are entitled to is incredibly complex but fortunately you don’t need to do it yourself – Money Vista’s state pension forecast will do it for you.

There is a common assumption that every single person is entitled to state pension but that couldn’t be further from the truth. In order to receive a pension, you need to have built up enough qualifying years.

It depends on your age; both women and men currently require 30 years if they’re retiring between 2010 and 2016 but if you’re not to hit the retirement until after that, you’ll need 35 years in the bank.

If you haven’t collected enough qualifying years for full state pension, you will still receive a partial pension. If you’re not sure whether you qualify for state pension or how much you’ll be entitled to receive, it’s worth requesting a pension forecast.

You will be able to claim basic state pension when you hit the Government’s official retirement age but you can delay it if you’d prefer. The current retirement age for women is 60 and 65 for men but it is gradually being raised, meaning that by 2020 it will be 66 for both genders.

You will likely receive a claim form from the Pension Service a few months before you are due to retire but if you don’t hear anything, you can always give them a call on 0800 731 7898. Once you have submitted your claim your pension will be paid directly in your bank.

Working out exactly how much money you will receive each week is incredibly complex but it’s currently £110.15 per week for full basic state pension. However, if you’re over the age of 80, you’ll get an extra 25p per week and couples will receive a minimum of £176.15.

Planning for a secure financial future is a wise decision that you should make for your family. You need to be committed to building wealth and take charge of your money. By investing in the right ... END_OF_DOCUMENT_TOKEN_TO_BE_REPLACED

Cryptocurrency has become a popular investment option in recent years, as more people want to make profits from its white-hot rise. However, cryptocurrency investment is a risky endeavor. It is highly ... END_OF_DOCUMENT_TOKEN_TO_BE_REPLACED

Unsurprisingly, there are plenty of people out there jostling to help you spend your nest egg. All promise high returns, but not all that many deliver; in fact, you can quickly lose your super if ... END_OF_DOCUMENT_TOKEN_TO_BE_REPLACED

If you have recently taken up a position at a brand-new company and opened a 401k for the first time, you may be on the hunt for additional information when it comes to the various ways in which tax ... END_OF_DOCUMENT_TOKEN_TO_BE_REPLACED

Congratulations! You’ve worked hard this year. You made it through some tough days (or weeks or months). And now, if you’re lucky, you might end up with a holiday bonus. But before pocketing that ... END_OF_DOCUMENT_TOKEN_TO_BE_REPLACED

The United States of America is a destination most working professionals and travellers have on their list. Being one of the most visited countries in the world, it houses many tourist attractions, ... END_OF_DOCUMENT_TOKEN_TO_BE_REPLACED