Good morning, over at Savvy Scott we will discuss if should you improve your Christmas gifts with your increasing income?

When you think Guatemala, you probably get an image of small huts, dirt roads, kids not able to attend school, and a general state of poverty. But in Guatemala, if you are rich, you are VERY rich. The Gini index that measures the disparity of income between a country’s inhabitants place Guatemala high up on the list of income inequality, only surpassed by a handful of countries in the Southern tip of Africa. Here are a few of the extravagances I have witnessed, or was related first hand (not from a friend of a friend who may have hear something like…). It is all very real.

People go to work in their helicopter

The traffic is pretty bad in Guatemala City, as the city has grown really fast, and a growing middle class can now afford cars, so it is not uncommon for rich people to fly to work. They have an helipad in the garden, or on top of their building, and land on top of the office building.

A record number of private planes per capita

Guatemala apparently has the second most private jets and helicopters per capita in the world. Drug lords may add to the mix but mostly it is for privileged kids. The roads outside the city are bad, if you average 40 miles per hour with your car to go somewhere it is a good day. Between potholes and heavy trucks driving like crazy, the rich will rather fly to holiday 200 miles away. Which is also why there is a crazy high number of acquaintances who died piloting their jet after too much party.

There was a time when there were a lot of kidnappings and abductions in Guatemala, so many rich people still have bodyguards. Being barely able to stand a maid four hours a day myself, I find this one particularly tedious. The most ironic part is they are often the ones plotting your abduction as they know best your routine and your house inside and out. So if you go to a nice restaurant in Guatemala City, you’ll see all the armed bodyguards waiting in front, in a tainted car. Even the mayor of my 3,000 inhabitants village has heavily armed bodyguards, but that is because he is into some weird things, not that he made it to the 1% of Guatemala.

When the rich get married, they go big. They want to impress. Last time I was told about a ceremony where flowers alone cost $25,000. Below is a wedding in a colonial ruin that is pretty standard for upper class Guatemalans (Credit). You don’t do a seating table, you just invite people, and it is usual that those people invite more people, or at least a date, so you never know how many guests will come to your wedding. A 500-800 people wedding is usual for big families. 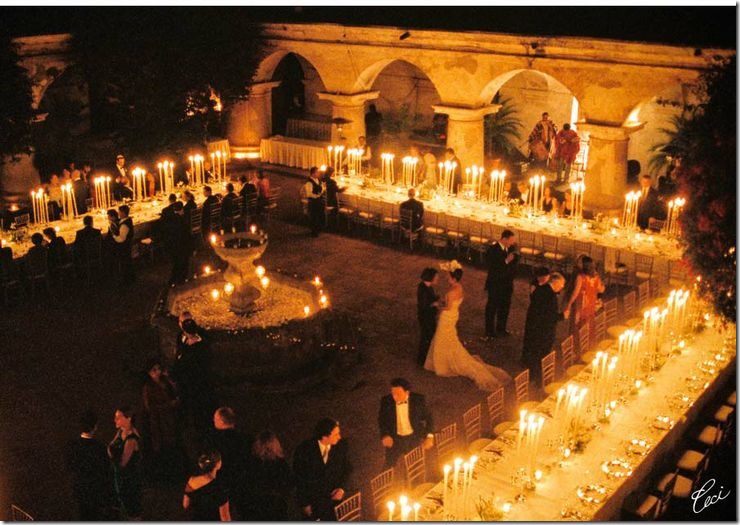 Miami is like a second home to rich Guatemalans, who generally own a pied-a-terre there. They fly over three or for times a year, mostly to hit the malls “because you can’t buy anything of decent quality in Guatemala” or “the choice is too limited, what if someone shows up with the same shirt?”, a few bars, and come back. They almost never tour the interior of their beautiful country and tell me in a high pitch voice “you know more of Guatemala than we do!” because aside from a few luxury developments on the coast or the colonial town of Antigua Guatemala, they have never visited anything else.

There are only a few families worth marrying into, if you have money and belong to one of those families yourself. From daycare, all is made so you only socialize with your cast. Only a handful of schools are acceptable, like the American school or the German one. Same for college. And when you start dating, the first question someone asks you is your last name, to make sure you belong. It makes for a pretty narrow dating pool, but unless your parents can “place” your sweetheart within the Guatemalan hierarchy and approve of his or her background, there will be no wedding. Classes don’t mix in Guatemala. You may bring back a foreigner from your semester abroad though, without too much scrutiny.

This is a pretty typical home interior (credit) 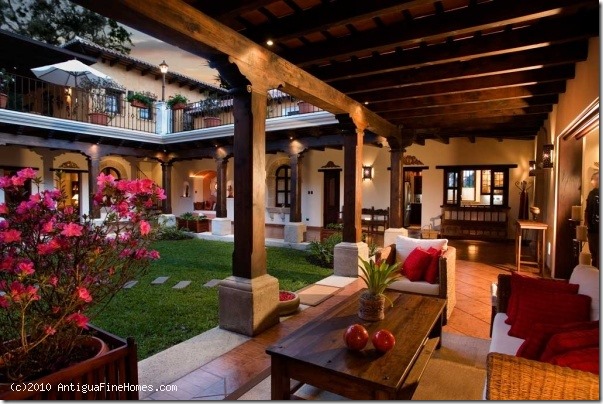 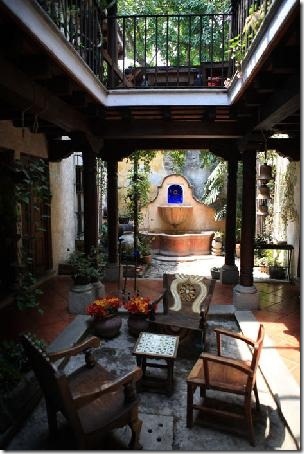 I love colonial decor don’t get me wrong, and having low cost hired help to keep it all neat and tidy is fantastic. But I also like houses where you can see that people actually LIVE. Where a stain on the wall tells a story about your kids. Where you can sit comfortably on a cushy sofa. The nicest houses look like a Pinterest picture all the time, and are full or nice things that never get used.

Use your cocktail dress once

It would be a great shame if people noticed you wore the same dress twice to a wedding or social event. So for every event, women buy a new dress. Generally in Miami (see above), or have it tailor made to make sure it is unique. If you want to keep up appearances but are broke, you can borrow a dress from a friend. But never show up with the same one! Considering each bride does a dozen bridal showers, plus the engagement party, plus the wedding, it requires a lot of apparel. And if you are included in bridal parties, even more, so you can allow the bride to have Pinteresting pictures to publish with perfect smiles and perfect outfits (see above).

They have never worked

The high class we are dealing with today is mostly one that was handed over large sums of money and has never worked a day in their life. There is a saying “hard working granfather, rich son, panhandler grandson” talking about how fast they are going through that money. Millions of dollars disappear fast when you need a private jet and $200,000 weddings. I know someone who went through over $200,000 in a year, then ended up broke again, and that is not uncommon. As they have to keep up with the other Guatemalan Jones, they also go into heavy debt to do so. Most indebted person I have met had about $20,000,000 in debt. But was fake working, pretending to keep afloat the family business rather than admitting failure.

Being a “millionaire” starts at US$10M

This one always seems weird. To be a millionaire in the local currency, the Quetzal, you need around US$130,000. But a friend who has a net worth of roughly US$6M describes “millionaires” as those with at least two digit millions. There are a lot of low key millionaires who were given a $500,000 house by their parents plus a couple other properties to get a monthly rent from, but the really rich have dozens, hundreds of millions. Even a bigger contrast to the average population making $300 a month.

The usual house has a private bathroom and a walk-in closet for each room, plus a bathroom for visitors, one for the in-law suite or the guest room, and one for the service room. Bigger house have two service rooms, as they employ a handyman and a maid (or several, in which case same sex workers sleep in the same room).

Luxury houses and apartments are huge. You can find one bed apartments the size of a five bedroom in Paris. A medium house is 5,000 sqft, and 10,000+ sqft houses are not unusual.   While I am all for enjoying money, I find it sad that the hard work of the previous generation is going in such futilities. I also

Planning for a secure financial future is a wise decision that you should make for your family. You need to be committed to building wealth and take charge of your money. By investing in the right ... END_OF_DOCUMENT_TOKEN_TO_BE_REPLACED

Cryptocurrency has become a popular investment option in recent years, as more people want to make profits from its white-hot rise. However, cryptocurrency investment is a risky endeavor. It is highly ... END_OF_DOCUMENT_TOKEN_TO_BE_REPLACED

Unsurprisingly, there are plenty of people out there jostling to help you spend your nest egg. All promise high returns, but not all that many deliver; in fact, you can quickly lose your super if ... END_OF_DOCUMENT_TOKEN_TO_BE_REPLACED

If you have recently taken up a position at a brand-new company and opened a 401k for the first time, you may be on the hunt for additional information when it comes to the various ways in which tax ... END_OF_DOCUMENT_TOKEN_TO_BE_REPLACED

Congratulations! You’ve worked hard this year. You made it through some tough days (or weeks or months). And now, if you’re lucky, you might end up with a holiday bonus. But before pocketing that ... END_OF_DOCUMENT_TOKEN_TO_BE_REPLACED

The United States of America is a destination most working professionals and travellers have on their list. Being one of the most visited countries in the world, it houses many tourist attractions, ... END_OF_DOCUMENT_TOKEN_TO_BE_REPLACED