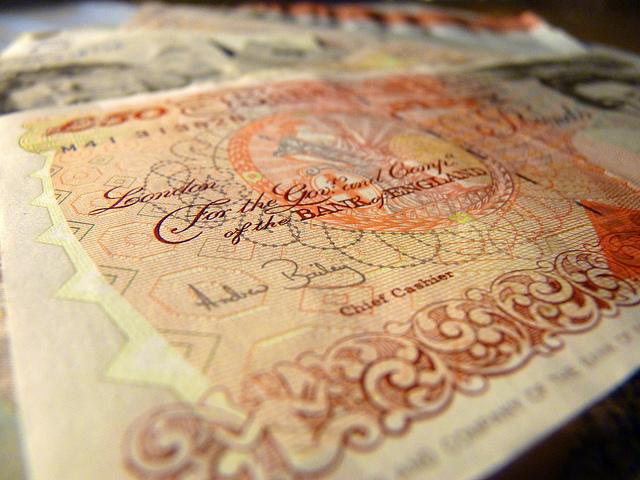 Given the implied size of the problem – implied that is by sensationalist newspaper articles which report that “Complaints about payday loans double” – you’d think the Financial Ombudsman Service (FOS) was dealing with a barrage of complaints about payday lenders every single day. In reality, the opposite is true.

In the year 2013-2014, the FOS received just 794 complaints about payday lenders. To put this in context, over the same time period, the ombudsman received 1,000 complaints about PPI mis-selling every single day. There were also more complaints about more than 20 other financial products, including mortgages, current accounts, point of sale loans and credit cards to name but a few.

Despite the new leaf payday lenders such as the well-known Wonga brand have turned over, complaints about payday loan middlemen – so-called credit brokers – have risen to more than 10,000 since January this year.

The official line from the credit brokers is that they are designed to help consumers find the best value loans for their needs. In reality however, the result of the service they provide is not quite so beneficial. In many cases, no loan is provided and high fees are removed from people’s bank accounts, often multiple times.

The root cause of the problem is the so-called brokers dressing their websites up to give the appearance of payday lenders, rather than merely brokers. Consumers, unaware they are not dealing with a lender directly, willing enter their bank account details into the site, only to find that rather than receiving a payday loan, their accounts have been debited broking or membership fees of up to £100.

To make matters worse, consumers’ bank details are then being passed on to other websites and a charge is applied multiple times. According to an Ombudsman spokesperson, one woman was charged £70 by ten different websites, costing her the princely sum of £700 – and still no loan!

Should loan brokers be banned?

The Financial Ombudsman Service is particularly critical of the so-called brokers which are targeting those who are most in need. The short-term credit service provided by payday lenders is often the last resort for consumers who are struggling to pay living costs or other essential expenses.

The FOS spokesperson said: “In too many of the cases we see, no loan is provided and people’s bank accounts have been charged a high fee, often multiple times. The time has come for government and the regulator to ban credit brokers from charging up-front fees.”

The industry regulator, the Financial Conduct Authority (FCA), has refused to comment on whether it plans to investigate the sector. However, under rules imposed by the previous regulator, the Office of Fair Trading, credit brokers are obliged to make all charges clear to their customers.

There are many such credit brokers in operation and consumers seeking payday loans are being urged to double check they are dealing directly with a payday lender and avoiding this middleman service. Some examples of popular credit broking websites include companies such as Secure my Money, Loans Zoo and Smart Loans.

Despite the rising number of complaints, the credit brokers maintain they are providing a valuable service the majority of customers are satisfied with. One of the directors of Click4profit, the company which owns Smart Loans, said: “The Smart Loans website makes it clear that it compares all types of consumer finance options. We’re also happy to issue refunds to anyone who is unhappy with the service they have received.”

If you visit the Smart Loans website, it quickly becomes clear that there is no mention of fees anywhere on the homepage. However, despite this potentially sharp practice, the Financial Ombudsman Service is happy to report that the majority of the websites involved refunded duped consumers once they learned of the Ombudsman’s involvement.

Have you fallen foul of a so-called credit broker? Do you think there’s a need for the service they supposedly provide? We’d love to hear from you on this topic, so please leave your thoughts in the comments section below.

Jenny Cuthbert is a financial commentator and established blogger and writer who has been published on many of the UK’s most authoritative websites.

Unsurprisingly, there are plenty of people out there jostling to help you spend your nest egg. All promise high returns, but not all that many deliver; in fact, you can quickly lose your super if ... END_OF_DOCUMENT_TOKEN_TO_BE_REPLACED

If you have recently taken up a position at a brand-new company and opened a 401k for the first time, you may be on the hunt for additional information when it comes to the various ways in which tax ... END_OF_DOCUMENT_TOKEN_TO_BE_REPLACED

Congratulations! You’ve worked hard this year. You made it through some tough days (or weeks or months). And now, if you’re lucky, you might end up with a holiday bonus. But before pocketing that ... END_OF_DOCUMENT_TOKEN_TO_BE_REPLACED

The United States of America is a destination most working professionals and travellers have on their list. Being one of the most visited countries in the world, it houses many tourist attractions, ... END_OF_DOCUMENT_TOKEN_TO_BE_REPLACED

When you were a kid, did you ever save quarters in a jar? Or set aside a portion of your allowance in a piggy bank for a big purchase, like a bicycle, a pair of designer shoes, or anything that mom ... END_OF_DOCUMENT_TOKEN_TO_BE_REPLACED

No matter where you are in your career, the potential of eventually retiring can be a daunting experience to think about. Are you saving enough for the future? If you are, when will you have enough ... END_OF_DOCUMENT_TOKEN_TO_BE_REPLACED