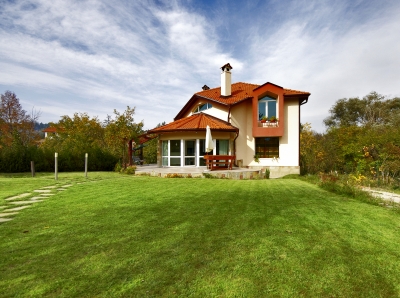 The biggest expense for many people throughout the world is a home mortgage. Payments for housing can regularly cost between $500 and $1,000 per month. Those who take out bigger loans will have even more to pay on a monthly basis. Mortgage rates today are lower than they have been for many decades. The interest cost on these loans will thus shrink as well. However, the lower rates do not mean that borrowers will pay little interest over the course of a loan. For example, a $100,000 30-year mortgage borrowed at 3.5 percent will still wind up costing over $61,500 over the life of the loan if the borrower makes the minimum payment each month.

Why Pay off a Mortgage Early?

The $61,000 in interest expense should be one obvious reason why people should try to pay off their mortgages early, but are other important reasons to do so. Another major reason is the loss of a monthly payment. Those who do not have a mortgage payment each month can cut a substantial chuck out of their monthly budgets. In the example given above, the savings each month would be about $450. If saved over the course of a year, this would provide a nest egg of $5,400 if left in a bank savings account that earns nothing in interest. Over time, those with financial discipline can turn this saving into a very large sum of money. Another reason to pay at least a part of the mortgage off early is to avoid paying mortgage insurance. Borrowers who pay a down payment of less than 20 percent will have to pay mortgage insurance, also known as PMI, until they have 20 percent equity in their home.

The Negatives of Paying off a Mortgage Early

There are some negatives associated with paying off a mortgage early. The first is the loss of a tax credit. Mortgage interest is deductible from adjusted gross income for those who itemize on their annual federal tax return. Those with high mortgages can realize a substantial tax savings. These deductions will no longer be available when the mortgage is paid off. Another negative aspect of paying off a mortgage early under the current interest rates is that it takes money from other investments. Investing the extra payments can make more money in the long term than paying off the mortgage. For example, a relatively minor return of 5 percent will put more money in the borrower’s pocket when compared to the 3.5 percent interest expense. Those who pay for 30 years will have a nest egg if they save, whereas those who pay off the mortgage early will be starting at zero. Finally, those who have high-interest debt should pay that debt off before paying off a mortgage. Paying off a credit card with a 15 percent interest rate would be a much better move than paying down a mortgage with a 3.5 percent rate.

Ways to Pay off Mortgages Early

There are a couple of common ways that people utilize to pay off their mortgages early. The first is to simply round up the payment. For example, a monthly mortgage bill of $537 could be rounded up to $550. Those who are really ambitious could try to put the bill down on the budget as $600. The rounded portion of the payment will go to the principal and pay down the debt more quickly. Another common method that people use to pay off their mortgage early is by making bi-weekly payments rather than the normal monthly payments. This will, in effect, add up to 13 monthly payments over the course of a year instead of the normal 12. Paying bi-weekly can shave off about six years at the end of the mortgage. These additional payments saved will also be interest expense saved.

Do Banks Want People to Pay off Their Mortgages Early?

The answer to this question should be a no-brainer. Banks definitely want their customers to pay as much interest as possible. Banks are in the lending business to make money. The more interest people pay, the more money the bank makes. Therefore, they do not want early payment. Of course, it could be questioned whether banks need any more of the general population’s money.

Unsurprisingly, there are plenty of people out there jostling to help you spend your nest egg. All promise high returns, but not all that many deliver; in fact, you can quickly lose your super if ... END_OF_DOCUMENT_TOKEN_TO_BE_REPLACED

If you have recently taken up a position at a brand-new company and opened a 401k for the first time, you may be on the hunt for additional information when it comes to the various ways in which tax ... END_OF_DOCUMENT_TOKEN_TO_BE_REPLACED

Congratulations! You’ve worked hard this year. You made it through some tough days (or weeks or months). And now, if you’re lucky, you might end up with a holiday bonus. But before pocketing that ... END_OF_DOCUMENT_TOKEN_TO_BE_REPLACED

The United States of America is a destination most working professionals and travellers have on their list. Being one of the most visited countries in the world, it houses many tourist attractions, ... END_OF_DOCUMENT_TOKEN_TO_BE_REPLACED

When you were a kid, did you ever save quarters in a jar? Or set aside a portion of your allowance in a piggy bank for a big purchase, like a bicycle, a pair of designer shoes, or anything that mom ... END_OF_DOCUMENT_TOKEN_TO_BE_REPLACED

No matter where you are in your career, the potential of eventually retiring can be a daunting experience to think about. Are you saving enough for the future? If you are, when will you have enough ... END_OF_DOCUMENT_TOKEN_TO_BE_REPLACED