You want your kids to have the very best, to give them everything you can and who can blame you? But there is a fine line between giving them a good life and spoiling them. What do you think about parents paying for their teen’s or young adult’s… 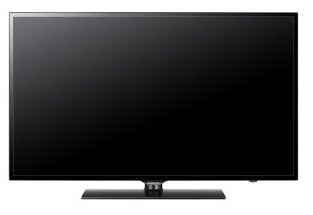 When I was a teenager, I had a few random jobs such as tutor, piano teacher or baby-sitter, so the deal with my parents was that they would provide for BASIC expenditures, and that included clothes. They liked a department store brand and would go there to dress my sister and I (boy did I hate when they dressed us the same! they said if they lost one they would know what the other was wearing). When I started asking for other brands, they said they would take me to the usual store, look at the price of a pair of jean’s and give me the money to go buy any pair of jean’s. I had to cover the difference with my own money.

I thought it was quite fair, since they didn’t close the discussion saying brands were stupid, they just would not pay premium for it.

This one is a tough one, especially in the US. College is expensive, many kids are required to go yet their degree will not be worth as much as what it cost, and they will rack truckloads of debt. How about making it easier for your kid?

My aunt and uncle paid for their 4 kids to go to college, that included semesters at US universities and expensive private business schools. The condition was each kid had to try their very best at school, since they had no excuse to get bad grades. They could afford free internships at good companies, and to choose their career path based on passion and not price. They all landed good jobs and were responsible with their monthly stipend. While the parents would pay for anything tuition wise, they were given a tight housing and food budget to live on.

I paid my way through college, and those were pretty lean years, although I managed to save $25K by the time I graduated. I learned the value of hard work, independence, but could have gotten better grades. Also, because top tier business schools would have required 6 years of study, I went to tier 2 that only required 5 years. It turned out fine since I don’t use my degree anyway, but could have somehow crippled my career had I wanted one.

I would pay for my maybe kids’ college if they were the best in their fields and studying some more to get the best grades would really make a difference. If they are off to a random college and have time to join a sorority, they have time for a part time job.

Once again, in the US most of you will consider a car a necessity, in Europe, far from it. I bought my first car when I was 28, held it for a year while I lived in Morocco, then got rid of it and bought my second one recently. Both were paid cash with my own money.

Regarding gadgets, my mum has long given up on trying to find birthday gifts so she usually gives me $300 to $500 to pay for a laptop, a camera or whatever I fancy at the time. I admit it is hard to find a gift for a girl who is always traveling around and living out of one suitcase, so I prefer to get cash to spend on needed items I will use daily.

I think I would like my mum to pay for things I need if I couldn’t afford them, and that may be a down payment on car or a new phone if my job depends on it, but I normally wouldn’t expect anything from her, especially a car. Many times when I mention that I am saving for X she says “I could help you with that”. I refuse except if my birthday is around the corner, but like the idea of not providing everything, and letting a kid be responsible for gathering part of the money.

It really depends. Charging rent to your high school kid is quite extreme, but so is having a 30 year old mouth to feed. There was a post on Are You Gonna Eat That where Anna talked about her 75 year old grandma still working to maintain her two healthy and able adult kids living at home with her. That should NOT happen.

When I go back to Paris, I stay with my mum and I don’t pay rent or food. She always eats the same stuff so she takes care of the basics and if I feel like something more, I go and buy it. If I make sushi I leave a plate for her. And I do stuff around the house, the last time I painted her kitchen and living room. I don’t feel like I should pay because

– my mum wouldn’t let me anyway

– she is in a good place financially

– this is a TEMPORARY thing.

At most, I stay for a month or two, to regroup and think about the next move. Out of that month, I am away most weekends, and out most nights. I clean my room and do my laundry, generally hers too, and her dishes. She gets maybe a 30% increase on her food bill and water bill. Last year I saved her $1,500 by sending her to pay off her mortgage early so that should cover it for a few years to come haha.

My grandparents used to take the whole family, children and grandchildren to a yearly vacation abroad. There were 20 of us and it was awesome. We went to Russia, Italy, etc and on special “cousin nights” during the year. Those moments are priceless memories and I am so grateful my grandparents were able to afford such luxuries. My other set of grandparents are less extravagant but almost always insist on paying for my train ticket if I go visit them.

And when I spend the holidays with my mum I expect her to cover everything. There is a Spanish saying that goes “if you want to see your kids, invite them to eat” (si a tus hijos quieres ver, invitalos a comer”). While I think it is a bit sad that you would only go to visit your folks because you want to eat well, a meal or a day out cements the family and I think it is a parent’s responsibility to cover that. And to do it as often as possible, even if it is simply a Sunday lunch at home. The only exception I make is when my mum visits me in my different foreign residences, I cook and do everything for her, because this is my house and she would not be comfortable looking for kitchenware or buying products she doesn’t know.

So many young couples make $1,000 or $2,000 but live in a half a million dollar mansion. Their money reality is completely twisted. They likely received a brand new SUV as a graduation present a few years before, so they live the high life without being expected to work and get by in life. Their parents were smart, built a successful business and led a frugal life so their kids would have it all but they have completely spoiling them and distorting reality.

A few of those young couples are down to earth, grateful and aware of their luck but they are dime to a dozen.

It is complicated to know when to help and when not to spoil. Now on to the giveaway! There is an awesome TV to win- The exact model is a Samsung UN50EH6000 50-Inch 1080p 120Hz LED HDTV, just check the widget below to win one or more entries, good luck!
a Rafflecopter giveaway

What would you pay/not pay for your kids?

Planning for a secure financial future is a wise decision that you should make for your family. You need to be committed to building wealth and take charge of your money. By investing in the right ... END_OF_DOCUMENT_TOKEN_TO_BE_REPLACED

Cryptocurrency has become a popular investment option in recent years, as more people want to make profits from its white-hot rise. However, cryptocurrency investment is a risky endeavor. It is highly ... END_OF_DOCUMENT_TOKEN_TO_BE_REPLACED

Unsurprisingly, there are plenty of people out there jostling to help you spend your nest egg. All promise high returns, but not all that many deliver; in fact, you can quickly lose your super if ... END_OF_DOCUMENT_TOKEN_TO_BE_REPLACED

If you have recently taken up a position at a brand-new company and opened a 401k for the first time, you may be on the hunt for additional information when it comes to the various ways in which tax ... END_OF_DOCUMENT_TOKEN_TO_BE_REPLACED

Congratulations! You’ve worked hard this year. You made it through some tough days (or weeks or months). And now, if you’re lucky, you might end up with a holiday bonus. But before pocketing that ... END_OF_DOCUMENT_TOKEN_TO_BE_REPLACED

The United States of America is a destination most working professionals and travellers have on their list. Being one of the most visited countries in the world, it houses many tourist attractions, ... END_OF_DOCUMENT_TOKEN_TO_BE_REPLACED