I like to dream big. Have big goals, and then be happy if I even reach 70% of the goal. But sometimes I really overestimate myself.

I thought if you want to eat meat, you have to own it, and the least you can do is thank the animal that is giving your life for your gastronomical pleasure, then butcher it yourself. Or go vegetarian. Six months later, we are still to eat a chicken. We eat lots of eggs though :). Mr duck is no longer with us because he was becoming unbearable but I stayed clear of the butchering zone until his head was off. BIG FAIL. 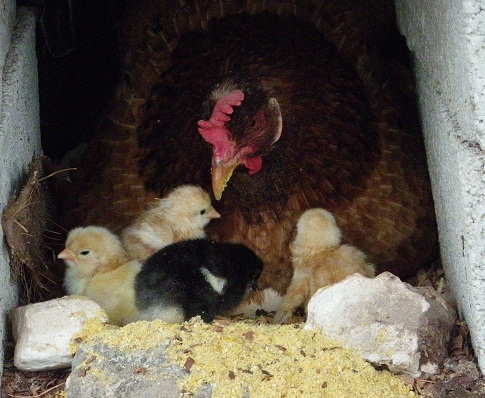 While the mild weathered highlands of Guatemala produce any kind of fruits and vegetables all year round, I was wondering why almost no one had a garden around here. I would plant my seeds, harvest bountiful watermelons and tomatoes, and live off my crop for most of the year. Half a year of burning sun, heavy rains, harsh winds later, I get why people don’t sow a thing. And am still to eat my own grown tomato.

Build my own house

When it came to the decision of whether I would buy a ruin in the South of France or a small lakeside plot in Guatemala I envisioned myself fixing up the French house mostly by myself, learning about plumbing, electricity, masonry and an array of other manual skills, for the pride of doing it and for the sky high price of labor. At $200 per month, Guatemalan workers do it all and I barely supervise, having not learned much about a thing.

I knew I had good endurance since I can swim and cycle for long distances. So I thought it would take a couple of workouts to run like a gazelle. But it was my first impact sport workout in years and it is taking time. At the moment I am on week 3 of the Couch to 5K program and can run for 3 minutes, walk for 3 minutes and so on for about 20 minutes. Slowly but surely, I am getting there. Update: I can now run for 3x20minutes for a total of one hour at a time. Still, I wouldn’t have been able to do it if it weren’t for weeks of slowly building up strength.

I put together a little running guide for beginners if you’d like to get started too.

Not to turn this into a brag-fest but I have had my fair share of success this year too, this blog being one such example. And people who never failed are the ones who never tried in the first place. When you deal with failure you have to ask yourself a few questions.

1. How bad is it? How important was it for you to succeed?

You may be a perfectionist for whom running 10k is not good enough because you can’t run a marathon. Try to be contempt or to assess the failure objectively. Was it really thatbad? Do you really care or is it just your bruised ego?

Not all endeavors are worth your time, effort and dedication. Dropping things on the way is fine, if you find out they don’t suit you.

Building things >> not until forced by higher wages

3. Can I do something better instead?

Again it depends on your values, I’d like to be able to build stuff but honestly I don’t have the patience to spend 8 hours learning about XYZ when I can make enough on that blog in one hour to pay for someone else to do the job better!

I am easily distracted so I don’t really mind failure, which is good, because out of many failures, come success!

When have you overestimated yourself? How did you deal with failure?

This post was featured on the DQYDJ, Principled Money Posts, Lifestyle Carnival, thank you!

Planning for a secure financial future is a wise decision that you should make for your family. You need to be committed to building wealth and take charge of your money. By investing in the right ... END_OF_DOCUMENT_TOKEN_TO_BE_REPLACED

Cryptocurrency has become a popular investment option in recent years, as more people want to make profits from its white-hot rise. However, cryptocurrency investment is a risky endeavor. It is highly ... END_OF_DOCUMENT_TOKEN_TO_BE_REPLACED

Unsurprisingly, there are plenty of people out there jostling to help you spend your nest egg. All promise high returns, but not all that many deliver; in fact, you can quickly lose your super if ... END_OF_DOCUMENT_TOKEN_TO_BE_REPLACED

If you have recently taken up a position at a brand-new company and opened a 401k for the first time, you may be on the hunt for additional information when it comes to the various ways in which tax ... END_OF_DOCUMENT_TOKEN_TO_BE_REPLACED

Congratulations! You’ve worked hard this year. You made it through some tough days (or weeks or months). And now, if you’re lucky, you might end up with a holiday bonus. But before pocketing that ... END_OF_DOCUMENT_TOKEN_TO_BE_REPLACED

The United States of America is a destination most working professionals and travellers have on their list. Being one of the most visited countries in the world, it houses many tourist attractions, ... END_OF_DOCUMENT_TOKEN_TO_BE_REPLACED