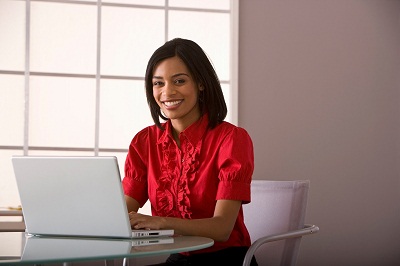 Setting up a new office can be both exciting and fun, it needn’t be hugely expensive. The key to keeping costs down is to have a clear picture of what you do and don’t need both in the short-, medium- and long term and to look for ways to get the best value for money whenever you make a purchase decision.
Although it may be tempting to keep office decoration to a bare-bones level, this is often a false economy. Firstly, a person’s surroundings can influence their mood and so having an office, where the style of decoration is reminiscent of a hospital or warehouse, is highly unlikely to put workers into a positive frame of mind. The second reason is that at some point you may have business-related visitors and if you are looking to impress potential customers, then your place of business needs to look reasonably welcoming. It also needs to be reasonably easy to find. With this in mind, it can be good to invest in a quality name plate from www.seton.com/signs/office-engraved/nameplates.html.
There are other ways to make an office both welcoming and economical to run, which are available to those on a budget.
Energy efficient bulbs will give off more than enough light for the average office and are substantially cheaper to run than traditional ones. They are even cheaper if you train your staff to switch them off when they are not actually needed. Similar comments apply to computer monitors. Although old CRT (large) monitors are still available and are often hugely cheap (as they are largely unwanted these days), they are hugely expensive to run. It’s better to spend a little more on flatscreen monitors. Save money buying them refurbished. They’re just as good as new and often even come with a warranty. Make sure they are turned off when not in use.
Computers are an area where it’s easy to overspend. Many people are conscious of the march of technology and instinctively buy the highest-grade computing equipment they can afford on the logic that it will be a long-term investment. In reality, standard office tasks such as e-mailing, using the internet and using office software are well within the abilities of even budget computers and all indications are that they will remain so for the foreseeable future. Many offices could run perfectly happily on budget computers and simply upgrade them (if necessary) when they wear out. Refurbished computer outlets are great places to look for these.
Think very carefully about whether or not it’s really worth spending money on Microsoft Office. Although for years it has been the de facto standard for offices, there are alternatives, some of which are free. Open Office has all almost all the functionality of Microsoft Office and costs nothing, even for businesses. At the moment, it is unable to work with the docx format (and its equivalents) but there are websites which will convert between doc and docx (and their equivalents) for free.
One area where it is worth spending money upfront is on phones. Even in the modern world of e-mail, the humble phone is an essential business tool. Many companies need to have a land-line telephone number, if only to assure potential customers that they are legitimate rather than fly-by-night operations. At the same time, regular phone calls can be expensive. Buying dual-mode phones (also known as Skype phones) means that in addition to being able to make regular calls, you can also use the internet to make calls which are substantially cheaper, or even free.

Planning for a secure financial future is a wise decision that you should make for your family. You need to be committed to building wealth and take charge of your money. By investing in the right ... END_OF_DOCUMENT_TOKEN_TO_BE_REPLACED

Cryptocurrency has become a popular investment option in recent years, as more people want to make profits from its white-hot rise. However, cryptocurrency investment is a risky endeavor. It is highly ... END_OF_DOCUMENT_TOKEN_TO_BE_REPLACED

Unsurprisingly, there are plenty of people out there jostling to help you spend your nest egg. All promise high returns, but not all that many deliver; in fact, you can quickly lose your super if ... END_OF_DOCUMENT_TOKEN_TO_BE_REPLACED

If you have recently taken up a position at a brand-new company and opened a 401k for the first time, you may be on the hunt for additional information when it comes to the various ways in which tax ... END_OF_DOCUMENT_TOKEN_TO_BE_REPLACED

Congratulations! You’ve worked hard this year. You made it through some tough days (or weeks or months). And now, if you’re lucky, you might end up with a holiday bonus. But before pocketing that ... END_OF_DOCUMENT_TOKEN_TO_BE_REPLACED

The United States of America is a destination most working professionals and travellers have on their list. Being one of the most visited countries in the world, it houses many tourist attractions, ... END_OF_DOCUMENT_TOKEN_TO_BE_REPLACED