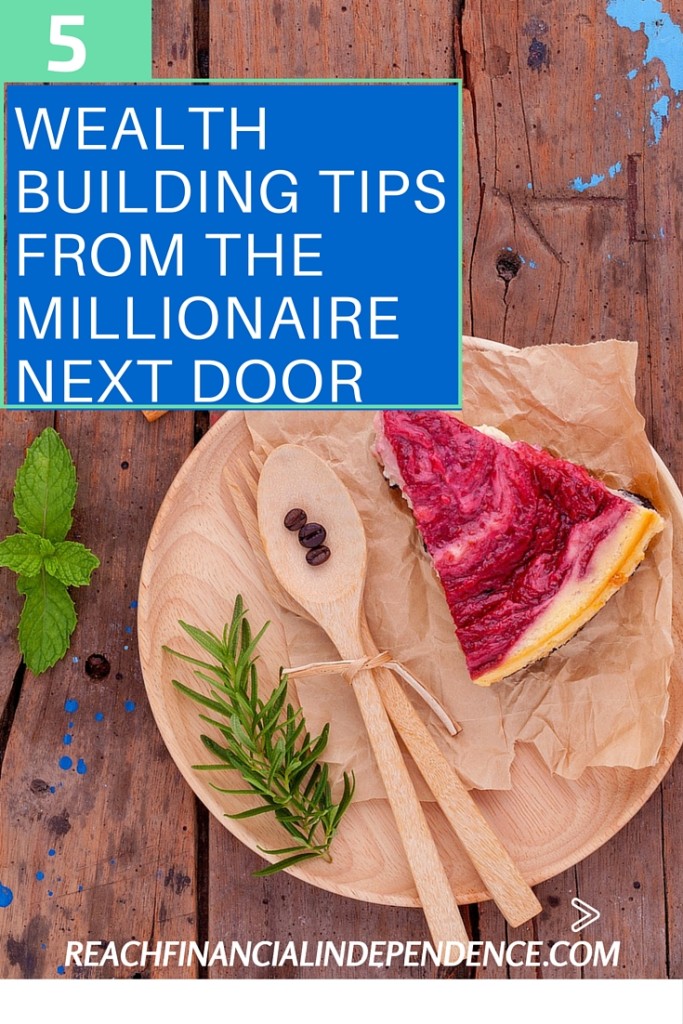 Good morning today I have a guest post from Shelby, creator of the InvestingTips360 blog. He’s passionate about investing, and helping other new investors learn how to start their journey to investing success. Let me know if you would like to guest post on RFI.

Millionaires – they’re everywhere these days. In 2013 there was a record breaking 12 million of them spread throughout the world, with most of them living right here in our own neighborhoods of North America. With the economy in healthy shape, researchers are expecting this number to continue climbing in coming years.

Do you want to be the next one added to this list?

Well, you can if you heed the advice of others already there. Most millionaires have certain characteristics in common. They didn’t simply wake up one day to find a seven figure number in their bank account. For most it was the result of hard work, investing wisely, and managing their money properly.

Living frugally probably isn’t the first thing that comes to mind when you think of millionaires, right? After all, they’re the ones taking exotic vacations, owning nice homes, and buying expensive toys.

However, if you were to look into their past you’d likely find that they willingly lived below their means for a period of time.

Living frugally allowed them you to establish a strong financial base, which gave them the financial leverage to live the life they live today. After all, you can’t become wealthy when you’re paying 15% APR on that credit card debt that takes forever to pay down.

If you interview just about any millionaire you’re likely to find that many of them began building their wealth at an early age. By investing while young, they were able harness the power of compounding interest to their benefit, which allowed their wealth to build significantly over time.

Compounding interest is a critically important factor to building wealth. It’s like rolling a snowball down a snowy hill. As it rolls downward it gains momentum and size. The longer the hill, the longer it has to grow in size, and larger it’ll be when it reaches bottom. You’ve got to do the same with your investing. Starting early is key to building wealth.

3. Build your own company, not someone else’s

Millionaires know that to become truly financially successful you’ve got to build your wealth, not someone else’s. This starts by building your own company. When you work for someone else, you’re building a company that you have zero equity in. There will come a day when the owners of the business can sell it for millions, while you’ll still be left working in your cube counting down the days until you hit 65.

Building wealth means putting yourself on the other side of the equation. Instead of growing someone else’s company, invest in your own company that you’ll eventually be able to sell when your working days are over. 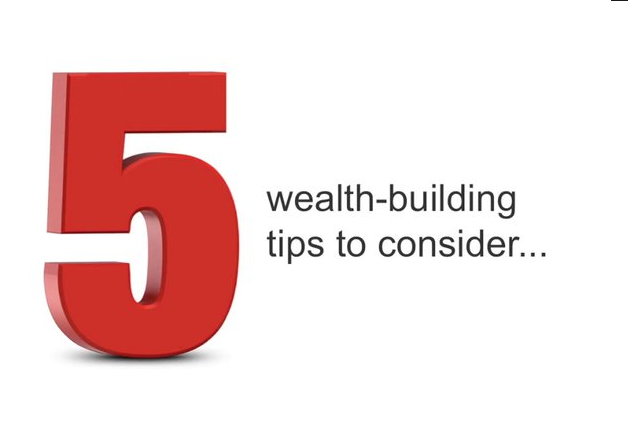 While you used last year’s annual bonus to buy a new new car, or go on a shopping spree the financially smart were saving up to invest in a second home. They bought assets that appreciate in value while you bought depreciating assets. In 5 or 10 years they’ll be able to turn around and sell their property for more than they bought it, while you’re car will be worth pennies on the dollar of what you bought it.

When you have some extra money to spend ask yourself if what you want to buy will be worth more or less in 5 or 10 years. Asking yourself this question will lead you to invest in things that you can enjoy today, and that you’ll be able to sell later for more money than you bought it.

Finally, one of the most powerful secrets of the wealthy is that they consistently seek out new knowledge.

The great thing about becoming wealthy is that it’s not like trying to play basketball in the NBA. It’s not based on height, coordination, or any physical God given ability outside of your control.

It all starts with knowledge, which is the building block of every successful person out there. It’s as simple as that, and anyone can seek to attain it whether through books or real life experience.

If you want to become the next millionaire added to the list it’s completely up to you. Only you can make it happen, so go do it!

Planning for a secure financial future is a wise decision that you should make for your family. You need to be committed to building wealth and take charge of your money. By investing in the right ... END_OF_DOCUMENT_TOKEN_TO_BE_REPLACED

Cryptocurrency has become a popular investment option in recent years, as more people want to make profits from its white-hot rise. However, cryptocurrency investment is a risky endeavor. It is highly ... END_OF_DOCUMENT_TOKEN_TO_BE_REPLACED

Unsurprisingly, there are plenty of people out there jostling to help you spend your nest egg. All promise high returns, but not all that many deliver; in fact, you can quickly lose your super if ... END_OF_DOCUMENT_TOKEN_TO_BE_REPLACED

If you have recently taken up a position at a brand-new company and opened a 401k for the first time, you may be on the hunt for additional information when it comes to the various ways in which tax ... END_OF_DOCUMENT_TOKEN_TO_BE_REPLACED

Congratulations! You’ve worked hard this year. You made it through some tough days (or weeks or months). And now, if you’re lucky, you might end up with a holiday bonus. But before pocketing that ... END_OF_DOCUMENT_TOKEN_TO_BE_REPLACED

The United States of America is a destination most working professionals and travellers have on their list. Being one of the most visited countries in the world, it houses many tourist attractions, ... END_OF_DOCUMENT_TOKEN_TO_BE_REPLACED