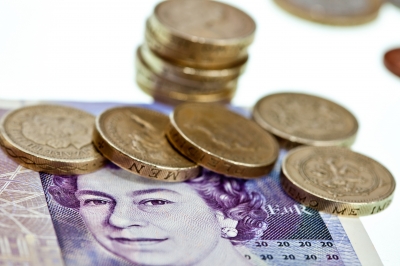 It seems hardly a moment goes by these days without mention of some kind of financial product. At the same time as we read about debt statistics described in apocalyptic terms, we’re still bombarded by slick advertising, extolling the virtues of this or that must-have credit card or encouraging us to apply for a loan or a mortgage at rock-bottom rates of interest. Sometimes, however, amidst all the financial noise and claptrap, we do actually hear about a product that is of real benefit to the individual and to the local community and economy.

A good example of this is the micro loan. No, it’s not some newfangled kind of personal loan to help you buy the latest laptop or iPad. Heard of Pi Slice? Probably not. They’re based half-way around the world, in Dubai in the UAE. Pi Slice aims to link poor entrepreneurs in the Middle East to micro loans raised via social media. It’s a great idea.

Interesting, but so what? Micro loans are for poor third-world farmers and the like who earn so little no banks will ever look at them. Nothing much to do with us here in the West, right? How wrong you’d be! Heard of Opportunity Fund, California’s largest non-profit micro lender? They lend to small businesses in California who cannot obtain finance via mainstream lenders, such as the banks. Now that’s interesting, too, don’t you think?

Opportunity Fund has also just announced it’s expanding its micro lending activities to Greater Los Angeles. Home to more than 325,000 small businesses which employ nearly 2 million people, Los Angeles has more small businesses than any metropolitan region in the country. The non-profit lender will offer loans from $2,500 to $100,000 to businesses in Southern California, including Los Angeles, Orange, Riverside and San Bernardino counties from its branch office in Huntington Park.

Citi Community Development provided $100,000 in seed funding for the expansion to Los Angeles.

Opportunity Fund board Chairman David Krimm said, “Opportunity Fund has grown rapidly in the past few years in Northern California. We are investing in small businesses that are advancing the economic well-being of our Main Street entrepreneurs. Now it’s time to broaden our support for the small businesses in Southern California that have been shut out of the financial mainstream.”

In the coming year, Opportunity Fund will lend $4 million to help more than 600 entrepreneurs in Los Angeles to grow their business, boost their income, and hire new employees.

The micro lender describes its plan for growth as ambitious. In total, Opportunity Fund is poised to lend $12 million in 2013, helping 1,200 California entrepreneurs get the affordable financing they need, providing a path to economic prosperity for them and their families, and helping to rebuild the economy.

Opportunity Fund chief executive Eric Weaver added, “Through our lending pilot, Opportunity Fund was able to help business owners like Ana, owner of Arantxa Fashions in down town LA and Natasha and Freya, co-owners of Cool Haus ice cream in Culver City. The businesses we fund are truly remarkable engines of hope in Greater Los Angeles.”

Bob Annibale, Global Director of Microfinance and Community Development for Citi, said small businesses create 64% of the new jobs in the country.

He added, “The goal of this expansion is to provide financial inclusion for small businesses in California. It’s clear that micro finance is meeting a critical need, enabling very small business owners to access capital, obtain valuable business training and move their way into the financial mainstream.”

Learn more about Opportunity Fund and its micro loans here.

Planning for a secure financial future is a wise decision that you should make for your family. You need to be committed to building wealth and take charge of your money. By investing in the right ... END_OF_DOCUMENT_TOKEN_TO_BE_REPLACED

Cryptocurrency has become a popular investment option in recent years, as more people want to make profits from its white-hot rise. However, cryptocurrency investment is a risky endeavor. It is highly ... END_OF_DOCUMENT_TOKEN_TO_BE_REPLACED

Unsurprisingly, there are plenty of people out there jostling to help you spend your nest egg. All promise high returns, but not all that many deliver; in fact, you can quickly lose your super if ... END_OF_DOCUMENT_TOKEN_TO_BE_REPLACED

If you have recently taken up a position at a brand-new company and opened a 401k for the first time, you may be on the hunt for additional information when it comes to the various ways in which tax ... END_OF_DOCUMENT_TOKEN_TO_BE_REPLACED

Congratulations! You’ve worked hard this year. You made it through some tough days (or weeks or months). And now, if you’re lucky, you might end up with a holiday bonus. But before pocketing that ... END_OF_DOCUMENT_TOKEN_TO_BE_REPLACED

The United States of America is a destination most working professionals and travellers have on their list. Being one of the most visited countries in the world, it houses many tourist attractions, ... END_OF_DOCUMENT_TOKEN_TO_BE_REPLACED