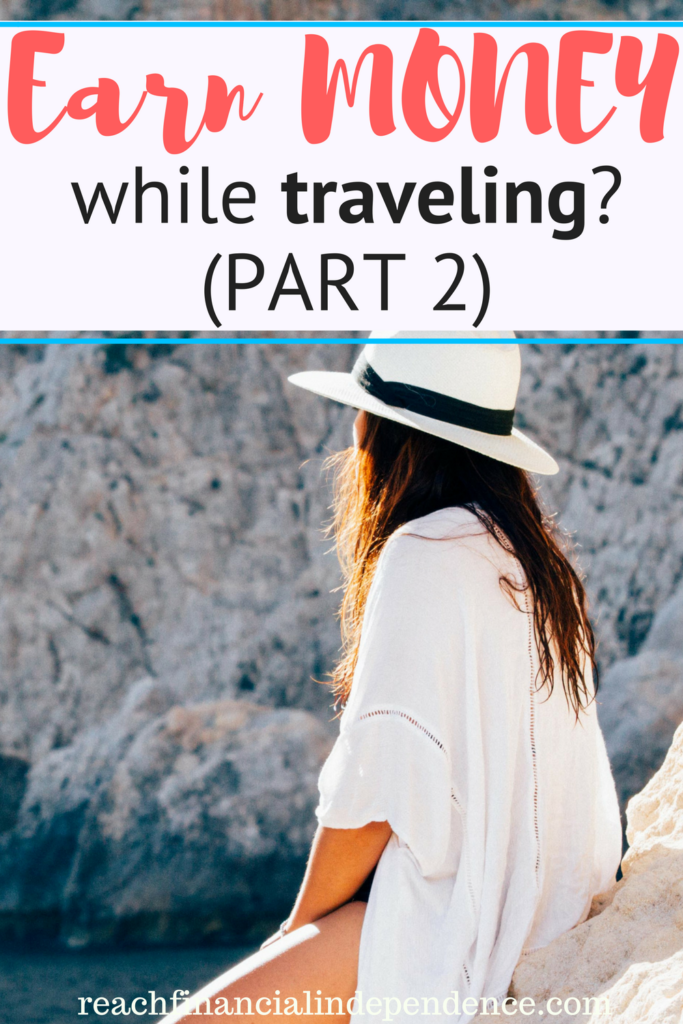 I spent the first year after graduating college traveling around the world, and backpacking on a tight budget.

What I did after a year of traveling was different. I did not want to come back. So I started looking for a job abroad. I was in Australia at the time, but landed a job in Guatemala. I worked there for three years. I was a hotel manager, and then worked in business development for a big law firm. I then moved to Barcelona, where I started a business in green building and energy saving with a friend. And to the UK where I worked in IT for another three years. All that time while working abroad I enjoyed most weekend discovering the surrounding towns or even countries, and appreciated the fact that I was working in fields somehow related to my degree, and making much more than $1 per hour.

During my last years in the UK, a friend asked if I wanted to write travel articles on his website. I jumped at the occasion! How come had I now thought about it sooner? It was the perfect job! I did it after work, and during weekends. I spent all my free time writing about travel, or traveling to get more pictures and information. And then one day, another guy found me on that website, and asked if I would like to write for him too. Then my friend expanded internationally and I started translating my own articles to other languages. I was getting to a point where that side income was becoming a real income.

I quit my job in the UK and relocated to sunny (and cheap!) Morocco. I was writing and living a perfect life. Morocco is a beautiful country, you can live well and Paris, my hometown, was a 3 hours flight away. Then the travel bug bit me again, and I went back to Guatemala. I met BF and he asked if I would like to join him on a 6 months motorcycle trip to Alaska. I said yes! I could keep writing my travel articles and see the world. We never made it to Alaska but went from Guatemala to Seattle and then to Washington DC. And last summer we toured Europe, after resting for 7 months in Guatemala. My writing income has allowed me to do all that. And I have also been saving aggressively for years, which allows me to invest that money and try to create passive income. I bought another property in the UK while working there. I just sold my French studio flat and bought some land in Guatemala, where I plan on starting a guest house and maybe a cattle farm.

Not having an income when traveling is not the end of the world if you have saved enough before you take off. You can work in Europe or Australia for a good wage, or look at  freelancing, if you have some writing, web designing, translating skills, or anything that you could market online really. Elance and Taskrabbit are good places to start.

If you would enjoy an international working experience, I recommend you try volunteering for roof and shelter, in an NGO that you are willing to help, or through WOOF, the volunteer organization that places you in organic farms. It can be a great way to rest on the road while getting acquainted with locals and living their lives (which is much cheaper than a traveling life).

How much you spend while traveling depends on your level on comfort, how much you want to see, etc. But it is likely that you will spend less than living in the US, paying rent, car insurance and a smartphone bill every month, and realize eventually that you do not need to be rich to travel the world.

Have you ever considered a location-independent career? Have one already?

Planning for a secure financial future is a wise decision that you should make for your family. You need to be committed to building wealth and take charge of your money. By investing in the right ... END_OF_DOCUMENT_TOKEN_TO_BE_REPLACED

Cryptocurrency has become a popular investment option in recent years, as more people want to make profits from its white-hot rise. However, cryptocurrency investment is a risky endeavor. It is highly ... END_OF_DOCUMENT_TOKEN_TO_BE_REPLACED

Unsurprisingly, there are plenty of people out there jostling to help you spend your nest egg. All promise high returns, but not all that many deliver; in fact, you can quickly lose your super if ... END_OF_DOCUMENT_TOKEN_TO_BE_REPLACED

If you have recently taken up a position at a brand-new company and opened a 401k for the first time, you may be on the hunt for additional information when it comes to the various ways in which tax ... END_OF_DOCUMENT_TOKEN_TO_BE_REPLACED

Congratulations! You’ve worked hard this year. You made it through some tough days (or weeks or months). And now, if you’re lucky, you might end up with a holiday bonus. But before pocketing that ... END_OF_DOCUMENT_TOKEN_TO_BE_REPLACED

The United States of America is a destination most working professionals and travellers have on their list. Being one of the most visited countries in the world, it houses many tourist attractions, ... END_OF_DOCUMENT_TOKEN_TO_BE_REPLACED